ЕRGO Belarus is a subsidiary of Germany-based ERGO, one of the major insurance groups in Europe and part of Munich Re, one of the world’s leading reinsurers and risk carriers.

The acquired Belarusian company in facts and figures

ЕRGO Belarus is specialized in the non-life insurance industry (liabilities, property, health, cargo, accident, travel assistance, etc.) and is the third largest private insurer in the country operating in a sector that is still dominated by state companies. In 2019, the company recorded gross written premium (GWP) of approx. EUR 10 million, up by 7.4 percent compared to the previous year. It occupies the 10th place in the total ranking of the Belarusian insurers in terms of GWP with a market share of around 2 percent. ЕRGO Belarus is a profitable company, as it posted a net profit of EUR 0.15 million last year. The solvency ratio of the company, a key indicator for an insurer’s stability, is nearly 300 percent, three times more than the regulatory requirement.

By the end of 2019 ЕRGO Belarus owned 92,000 insurance contracts signed with more than 67,700 clients. The company employs almost 100 employees and the same number of insurance agents. The Belarusian insurer will be rebranded and is expected to operate under Euroins brand. The results of ЕRGO Belarus will be added to EIG’s consolidated financial statement in the current second quarter of the year. 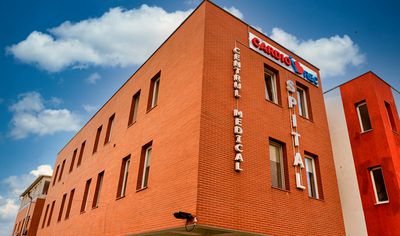 The Belarusian insurance market is valued at approx. EUR 600 milion annually. In 2019, it grew by nearly 15 percent compared to 2018. The specific feature of this market is that the popular and obligatory MTPL insurance is still only allowed to be provided by state insurers. At the same time, all the insurance contracts can be signed remotely and fully digital.

Currently Belarus has been among the few countries in the world that have not enforced any restrictions due to the epidemic of coronavirus (Covid-19). The economy of the country has been operating in full capacity to the extent it is possible.

The expansion of EIG in the region

Belarus is the fourth country in the region of the former Soviet republics in which EIG starts operations and the deal for ERGO’s unit is the fifth acquisition that the Bulgarian group made there. The Bulgarian insurance group has been operating in Ukraine, Russia and Georgia where it has already taken over four companies. By acquiring ЕRGO Belarus this region is expected to generate 15 percent of EIG’s premium income and 20 percent of the net financial result of the group.

“The deal in Belarus is in line with our strategy for more active presence in the former USSR countries. The insurance markets there are still in their initial stage of development but provide opportunities for high growth. By acquiring ЕRGO Belarus we are upgrading our partnership with the German group and diversify additionally our product portfolio. We will maintain the focus of the acquired company on the sustainable and profitable growth of the business along with the further improvement of the quality of the customer services. At the same time, we will bring in our new subsidiary the best practices from the operations across our own network and will provide our new clients with a wide range of reliable insurance products that will contribute to the further development of the local market. We are going on with the partnership with ERGO for the other deals,” commented George Markov, deputy CEO of EIG.

Two years ago, EIG acquired ERV Ukraine, the travel insurance business of ERGO. The agreement stipulated further cooperation between EIG and ERGO including a transfer of ERV know-how and the opportunity for EIG to sell travel insurance products under ERV brand or a co-branding model in Ukraine and other countries where the Bulgarian group is presented.

By its new transaction, EIG will operate in totally eleven European countries, including its subsidiaries in seven of them – Bulgaria, Romania, North Macedonia, Russia, Ukraine, Georgia and Belarus.

In the last couple of years, EIG acquired directly or through its subsidiaries: Germany-based Talanx Group’s subsidiaries in Bulgaria and Ukraine, operating under HDI brand; Dutch insurer Achmea’s insurance business in Bulgaria, known under Interamerican brand (including its life insurance operations); Australian group QBE’s operations in Romania and Bulgaria; the non-life insurance portfolio of ATE Insurance Romania, a subsidiary of Greece’s Piraeus Bank; IC Group, one of the leading insurers in Georgia; ERV Ukraine, the travel insurance business of Germany-based ERGO, part of Munich-Re, one of the major reinsurance groups on the global market; and a significant stake in ООО RSO Euroins, a Russian insurer, and others.

Filip & Company assists Mozaik Investments in the acquisition of a minority shareholding...