Eurohold, the owner of Euroins România, reports rising revenues and assets in the first quarter of 2021 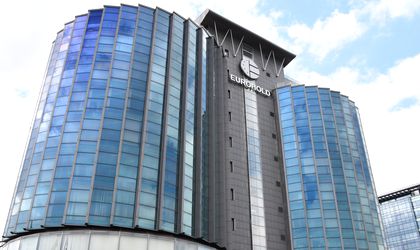 Еurohold – the largest Bulgarian public holding and one of the leading independent financial and insurance groups in the CEE/SEE/CIS region, reported solid performance in the first quarter of 2021 in the context of the third wave of COVID-19 pandemic, according to the holding’s consolidated financial statement for the period January-March 2021. The holding succeeded in returning its results nearly to the levels achieved a year ago when the European economy and corporate results were still growing and the coronavirus began spreading.

In the first three months of 2021 Еurohold reported revenues of approximately BGN 421 million, close to the level in the same period in the previous year. The insurance business of the group that is concentrated in Euroins Insurance Group (EIG) and continued to expand in Southeastern Europe, contributed the most to the holding’s stable performance. The revenues from the insurance business increased slightly by 1% year-on-year to BGN 375.4 million. The gross written premium of EIG grew by 6.4% on the year to BGN 249 million. The proceeds generated by the holding’s financial and investment activity were up by 26% compared to the same period of 2020 to BGN 2.75 million. The other two business segments – leasing and car sales, also reported stable performance, despite the fact that both sectors were among the most affected by the crisis. The revenues of the group’s leasing business even climbed by 11% y-o-y to around BGN 6.3 million.

Еurohold improved its operating profitability as EBITDA increased by 2% on the year to BGN 12.2 million. The net financial result amounted to BGN 1.2 million in the first quarter of 2021 compared to BGN 3.3 million in the same period in the previous year. The decrease in this indicator was due to higher financial costs. As of March 2021 Еurohold’s assets reached BGN 1.68 billion which is 3.2% more than in December 2020.

“Our results in the first quarter of 2021 show strong resilience and we see a return to the pre-crisis levels. The Group reports solid performance if we compare the current period with the strong Q1 2020 when our results were growing and the crisis has still not started. The overall performance in 2020 and since the beginning of 2021 has shown our resilience and ability to cope with an extraordinary situation. We are grateful to our employees, customers and partners for their efforts, understanding, support and trust in us. Despite the great challenges, we are confident that we will meet the expectations and achieve our goals for this year”, said Kiril Boshov, chairman of Еurohold ‘s management board.

In the meantime, Eurohold has started a procedure for a capital increase through a new share issue that will allow the company to raise up to EUR 100 million in its own funds. The public offering will be conducted on the Bulgarian Stock Exchange (BSE) in accordance with terms and conditions that will be announced in the the news section of BSE’s site, the financial web media x3news, as well as on the corporate site of the holding. The information will contain all the details about the terms and conditions for stock exchange trading of rights and subscription for shares. The company’s capital increase prospectus has already been published.

Eurohold will offer for subscription 79 million new ordinary shares with a par value of BGN 1 and an issue price of BGN 2.50 each. If the public offering is successful Eurohold would raise up to EUR 100 million and the proceeds will be used to finance the acquisition of CEZ Group’s subsidiaries in Bulgaria and to invest in the development of the group’s two main businesses – energy and insurance.

The Bulgarian investment intermediary Euro-Finance AD will be the lead manager of the public offering. Еurohold has appointed Renaissance Capital solely in capacity of a financial adviser in relation with the offering.