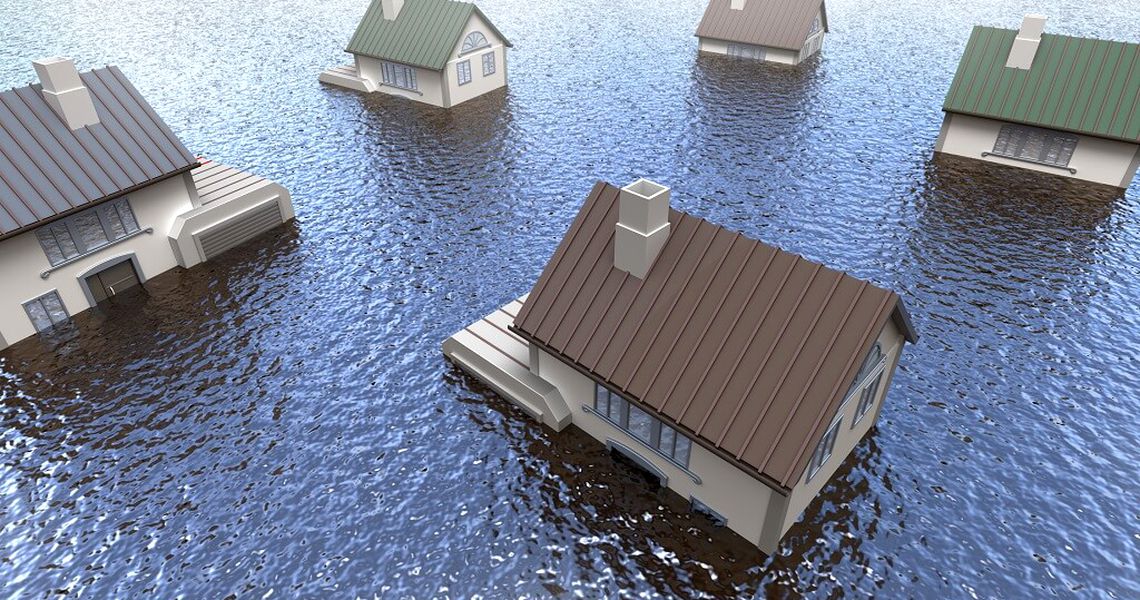 Few Romanian residential properties are insured, despite compulsory policies for major catastrophes, which market players attribute mainly to poor financial education and widespread populism from the authorities, which avoid fining people for non-compliance with the law.

Insurance for catastrophic events has been mandatory in Romania since 2008. Every home owner must take out a compulsory insurance policy providing coverage for three kinds of disasters: earthquakes, landslides and floods.

Compulsory, but not enforced

Compulsory insurance (or PAD) is provided by a separate insurance company, PAID, owned by the major players in the Romanian insurance market, at a cost of EUR 10 or EUR 20 per year, depending on the construction type.

However, after a catastrophe, which is defined as an accident with large losses in terms of either the number of victims or the amount of property damage, the Romanian government often intervenes in the compensation for victims.

Globally, governments intervene either because no satisfying solution is available in the private market or to fulfill the requirements of existing compensation schemes.

Government intervention in compensation for victims of disasters can take a variety of forms. In some cases (for example, in Romania and other European countries), the government obliges potential victims to purchase comprehensive insurance; in others (for example, in the case of the California Earthquake Authority), the government replaces the primary insurer and directly provides coverage to potential disaster victims, according to the study Insurance against Catastrophe: Government Stimulation of Insurance Markets for Catastrophic Events, by Veronique Bruggeman, Michael Faure & Tobias Heldt, published in 2012 by the Duke Environmental Law & Policy Forum.

In yet other situations (for example, with terrorism risk), the government acts as a reinsurer of last resort and intervenes when the magnitude of loss exceeds a specific threshold.

Finally, the government may provide direct compensation to victims of catastrophes either through structural fund solutions or on an ad hoc basis, the study says.

According to data provided to Business Review by PAID, at the end of March, 1.7 million PAD insurance policies were in force – compared to a total of 8.9 million homes in Romania – meaning 19 percent of households were covered by compulsory home insurance in Romania, or less than one out of five homes is insured.

One of the main reasons behind the low take-up is poor education, according to PAID.

“We cannot avoid mentioning the low level of financial education in Romania and property owners’ lack of awareness. Even though this compulsory home insurance has existed since 2008, we still notice that many do not know about it, and if they know it exists, many do not know what risks it covers or how it could help them,” PAID officials told Business Review.

A second major reason for the low take-up is local authorities’ lack of interest in applying fines to those who are not insured.

“The truth is that in the absence of fines applied by local authorities, only the homes of responsible and informed Romanians who are conscious that they have to protect their property in the event of a catastrophic event will be covered by insurance,” PAID officials commented.

Players in the market also cite the widespread Romanian mentality (“It can’t happen to me!”), which doesn’t help to encourage the insurance sector.

“And when this is supported by timely aid received from local authorities following events that affect inhabitants, it becomes even harder to explain to them that in the event of a major disaster, the state will have no way of helping them to rebuild their houses and that, for this reason, compulsory home insurance was introduced,” PAID says.

According to calculations made at the time the law entered into force, EUR 10,000 / EUR 20,000 were considered large enough sums to help the owners rebuild their homes.

The current fees – EUR 10 / EUR 20 – have been calculated to be accessible to the entire population of Romania.

“Of course it is not a high tariff, but PAID has been constantly working on all components of this system, so that in the event of a disaster, it will pay all the obligations assumed by valid insurance policies. The most important pillar is the reinsurance program – currently EUR 900 million – a guarantee for any insured owner who, in the event of damage, will receive the indemnity,” PAID indicates.

But the compulsory insurance covers only the dwelling itself, not the contents or improvements made by the owner before the catastrophic event.

In order to insure goods and annexes, the owner must complete the PAD and take out additional insurance.

The role of Romania’s compulsory insurance law “is a social one and the help it offers is extremely important in the event of a major disaster,” PAID says.

But many experts point out that the limited population coverage reflects the low density of insurance in Romania.

In 2017, the entire property insurance market in Romania was worth RON 1 billion (around EUR 210 million), and the insurance density was about EUR 108 / inhabitant, compared with more than EUR 500 in the Czech Republic and more than EUR 300 in Hungary and Poland.

Moreover, Romania’s compulsory insurance is not without controversy, especially because it forces individuals who run no risk at all to purchase insurance coverage.

Many experts have argued in favor of compulsory first-party (in other words, bought by potential victims) insurance for property damage caused by all kinds of natural disasters.

Further, compulsory insurance is thought to play an important role in improving the perception of hazard. But comprehensive insurance may be an attractive alternative, which would at least foster self-protection and insurance.

Experts point out that any alternative is better than providing direct compensation to disaster victims due to the high cost to the public budget.

PAID, as the key compulsory insurance player in Romania, emphasizes the role of education as the main driver of increasing insurance coverage.

“Without financial education, without a concrete understanding of how an insurance product works, even if it is simple, such as PAD, it is difficult to hope that we will have a much higher insurance coverage in the near future,” PAID told Business Review.

Romania’s case proves that a compulsory insurance scheme is not enough without proper financial education.

“Of course, the obligation to take out an insurance product should be enough to ensure a sufficiently large degree of coverage, but here’s the reality that contradicts us,” PAID indicates.

In the World Risk Index 2016, calculated by the United Nations University Institute for Environment and Human Security (UNU-EHS), Romania ranks 97th globally on the basis of vulnerability and its exposure to natural hazards.

According to the authors of the study, Romania has a risk index of 5.92 percent, higher than the indexes of most European countries.

The last major catastrophic event in Romania was the big earthquake that struck on 4 March 1977, with a magnitude of 7.2.