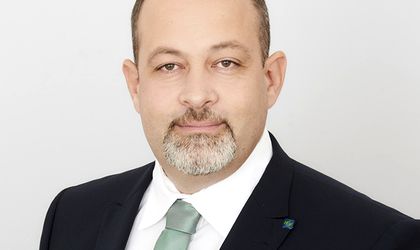 The only specialized agricultural insurer in Romania, Agra Asigurari, has announced the launch of the most modern insurance policy dedicated to farmers who want to protect their work against drought, as it offers increased accuracy by using state-of-the-art technology that measures relative soil moisture using satellites radar type. Thus, through the new product, namely “Soil Water Index”, the company has adapted to the growing need of farmers to purchase an insurance policy amid accelerated climate change.

The unpredictable evolution and intensity of these phenomena affect the agricultural sector yearly, and the work of local farmers in our country. If in 2020 the drought massively affected the southeastern part of Romania, in 2021, the same region faced extreme weather events and damage from hail, storms, and torrential rains both during crop development and near harvest. According to the data provided by the National Meteorological Administration, the predictions show that Romanian agriculture could follow the same unfavorable scenario as in 2020, due to the driest winter felt in the last five years, especially in the southeast of the country.

„Drought is a phenomenon that permanently imposes obstacles in Romanian agriculture, and in recent years it is beginning to manifest itself in all seasons in certain regions. Due to the lack of rainfall and extremely high temperatures, most crops can be compromised or reach the survival limit. This affects both the long-term stability of farmers and the supply chain in the food industry”, stated Horia-Adrian Lupu, General Director of Agra Asigurări Romania.

The new insurance product, Soil Water Index, covers the damage caused by the average deficit of relative soil moisture for the spring crops, such as maize, soybean, sunflower, and autumn wheat crops. 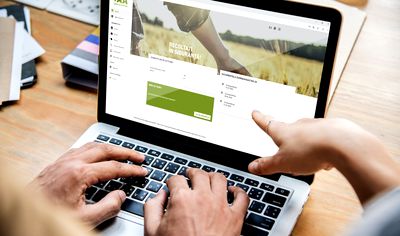 The damage assessment caused is analyzed by the soil moisture index, calculated based on the daily measurements of the relative water content of the first centimeters of the soil surface. The measurements are performed using MetOP-B, MetOP-C satellites via ASCAT and completed by Sentinel 1 satellite (SCATSAR), obtaining accurate data without additional ground sensors.

The daily value of the humidity index is available at the level of each administrative-territorial unit (ATU) through measurement points available in grids of 500 x 500 meters and are available regardless of the weather conditions related to the period and geographical area analyzed. From all the weighted values ​​at the level of the administrative-territorial unit, the daily reference values ​​and the daily values ​​of the humidity index are established.

The Surface Soil Moisture represents the relative water content of the first centimeters of the soil and indicates how moist or dry the ground is in its upper layer. The parameter is expressed as a saturation level between 0% – completely dry and no water in the soil can be used by crops, up to 100% – the soil is fully saturated and can no longer absorb the water.

When the Soil Water Index corresponding to the chosen administrative-territorial unit reaches or exceeds the trigger threshold in the respective vegetation phase of the crop, the farmer receives the indemnity. When calculating the indemnity, the values ​​of the Soil Water Index provided by the EODC – Earth Observation Data Center for Water Resources Monitoring Gmbh are the only ones considered.

„Every year, we try to be there for the Romanian farmers. We permanently adjust our insurance offer and product portfolio, considering climate change and the farmers’ needs. They must have a safety net that allows them to continue their activity. The contribution of technology in the evaluation methodology provides much greater accuracy in determining the degree of crop damage. Referring to the humidity present in the first centimeters from the soil surface and not to the level of precipitation recorded by the weather stations, the evaluation reflects the reality in the field, a favorable context for farmers”, explained Horia-Adrian Lupu.

The balance of the five years of activity of Agra Asigurări in Romania shows the ascending evolution of the company and, at the same time, the constantly growing need of Romanian farmers for these services. Thus, during this period, the insurer supported over 4,500 farmers with a total cultivated area of ​​2.9 million hectares and actively contributed to the digitalization of the Romanian agricultural sector by ensuring an easy and non-bureaucratic process for acquiring a policy, approval, and damage assessment, but also the compensation payments.