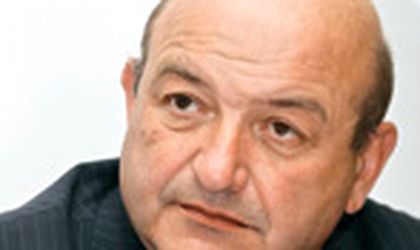 Assets went up 6.5 percent to EUR 2.15 billion and the market share dropped to 4.2 percent. Negritoiu estimated that the market share would remain within the 4 to 5 percent range in 2007.
The ING loan portfolio increased by 38 percent in 2006, while deposits decreased by 24 percent.
“In credits, retail went up 190 percent. The quality of our loan portfolio is very good – the cost of risk is 0.9 percent,” said Negritoiu.
He said ING will adopt a prudential banking strategy despite the central bank's loosening of credit conditions. “There are now very unprofessional exposures on the market, which are reflected in the growth rates on balance sheets,” said Negritoiu. “We do not want to be aggressive and we wish to keep control of clients' repayment ability.”
Plans for the future include the expansion of the loan portfolio and the development of operations for micro and medium enterprises.
“As of yesterday, ING is opening accounts for all companies, regardless of their size,” said the ING head. To date, the bank has been known as a more elitist lender, with a strong focus on multinationals and local blue-chips to the exclusion of smaller enterprises.
On the retail segment, ING will increase its number of clients and products, said Albert Roggemans, deputy GM. “ING will grow organically, but will not rule out potential takeovers as long as they are justified,” he said.
Regarding the organic growth of the bank, ING plans to keep the twofold approach to expansion it has had so far.
On the corporate side, the bank will open 35 to 40 dedicated branches in the next two or three years, said Negritoiu. It currently has 23 wholesale banking units.
“Last year, our geographical expansion on the corporate segment was the most accelerated since ING entered the market. We launched eight corporate banking offices in 2006,” said the GM.
On the retail side, the bank at present has 110 branches and plans to open 70 more.
“Our aim is to reach a total of 280-300 branches by the end of 2008,” said Negritoiu.