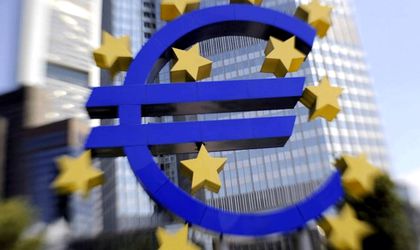 The slowdown in the growth of the eurozone economy may be deeper than previously estimated, as industrial crisis could have a negative effect on the services sector, amid global trade tensions, the International Monetary Fund (IMF) estimates in a regional economic report on Europe it released on Wednesday, Reuters reports.

The IMF said the eurozone would grow by 1.2 percent this year, revising downwards its April estimates of 1.3 percent growth, a significant slowdown compared to last year’s 1.9 percent expansion.

The eurozone economy is expected to grow by 1.4 percent in 2020 and 2021, the IMF said, cutting its previous estimate of 1.5 percent growth in both years.

The slowdown is mostly due to anemic growth in Germany, the eurozone’s largest economy, and stagnation in Italy, the third-biggest, the IMF said. Germany is now expected to grow by only 0.5 percent this year, slower than the 0.8 percent the IMF had predicted in April. That would be one-third of 2018 growth.

The IMF also cut its growth forecast for France, the bloc’s second-largest economy, despite better-than-expected output estimates for the third quarter released last week. The country is now expected to grow by 1.2 percent this year, instead of the previously forecast 1.3 percent.

The IMF called for a “synchronized fiscal response” from eurozone governments, sending a clear message that Germany should invest more. It said the slowdown, so far mostly caused by the impact of global trade tensions on the bloc’s export-driven industry, could spill over to services, the eurozone’s largest economic sector. Brexit was also a cause of concern for the eurozone economy, especially a no-deal departure.