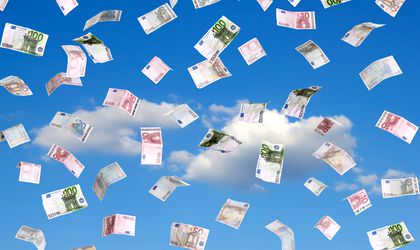 Last year, Romania has secured an EU funds package of around EUR 80 billion for the next decade – a huge amount that could ensure the modernization of the Eastern European nation and boost its convergence with western economies.

The Romanian government has already announced that much of the amount would be spent on building or upgrading infrastructure – mainly motorways, railroads, energy, and healthcare. However, spending this money could prove difficult due to a lack of project management expertise in Romania’s public sector and lack of coordination between its public institutions.

This pandemic-related package came at a moment when Romania was officially recognised as part of the “high income” world, as its gross national income (GNI) per capita in 2019 was slightly over the threshold set by the Word Bank for this status.

According to the latest thresholds determined in July 2020 by the World Bank, low-income economies (a politically correct name for “the third world”) are defined as those with a GNI per capita, calculated using the World Bank Atlas method, of USD 1,035 or less in 2019, lower middle-income economies – between USD 1,036 and USD 4,045, upper middle-income economies – between USD 4,046 and USD 12,535, and high-income economies – USD 12,536 or more. In 2019, Romania’s GNI per capita calculated using the WB method reached USD 12,630, therefore it could be classified as an “upper middle-income economy” for the first time in history. This achievement comes 13 years after another major threshold: the upgrade from “lower-middle income” status to “upper-middle income” economy.  In 2019, following an economic growth rate of 4.1 percent, Romania’s gross domestic product (GDP) reached a level of RON 1.06 trillion the equivalent of EUR 223.3 billion (around EUR 11,500 per capita) or USD 250.1 billion (USD 12,919 per capita), according to World Bank official data.

This means that the EUR 80 billion package could turn into an historic push for Romania, as the total amount is the equivalent of 36 percent of the current GDP. The sum is also on par with the current stock of foreign direct investment (FDI) in Romania, of EUR 83 billion in June 2020, according to central bank data. The bulk of FDI stock was invested during the last 13 years, since Romania joined the European Union. This fast increase in FDI stock is also the main driver of the rapid economic development that Romania experienced during the last decade – and for its new status of “high-income economy.”

Historically, Romania has never been the beneficiary of such an important cash-push during such a short period of time, and the next decade, despite the current pandemic, could become a rapid-development one for the eastern European nation. In fact, Romania still lags behind most other EU member states in many areas, from poor infrastructure to weak public administration.

Romanian transport infrastructure is among the least developed in the European Union. The motorway network currently consists of around 850 kilometers and still looks like a puzzle with many missing pieces. All experts agree that the EU funds promised to Romania during the next decade could materialise into a major modernization of the country’s road, railway, urban, and rural infrastructure. But all of these together could contribute to a much higher goal: modernizing and developing an entire country.

This EU-funds bonanza became a major driver of the local political battle last year, as the country prepared for two new rounds of elections – local and parliamentary. The Liberal government had already announced a EUR 100 billion plan called “We rebuild Romania” based on huge investments in motorways, railroads, subway, energy, and urban or rural development projects.

“The National Road Infrastructure Management Company, through our economic recovery and investment programme, will have to manage extremely large projects. We are committed to building almost 3,000 kilometres of motorways, express roads, all of which are major investments,” Romanian PM Ludovic Orban recently said.

The plan also includes EUR 18 billion for railroads and major investments in new hospitals and upgrades to current healthcare facilities, two new units at Romania’s sole nuclear powerplant, new gas pipelines, and major investment in airports and ports. “The value of the investments programmed in the National Energy System for the 2020-2025 period is estimated at EUR 12.48 billion, from energy production to smart transmission networks and natural gas and electricity distribution,” the official government plan states.

But the plan has a higher, longer-term objective – achieving almost complete convergence with western nations over the next decade. “The objective of the new model of economic development promoted by the government is achieving convergence with European economies, and for the Gross Domestic Product per capita at purchasing power parity standard to reach 87 percent of the EU27 average by 2025,” the plan indicates.

In 2019, Romania, the 6th country in the EU by the population size, was the 24th economy in terms of GDP per capita at purchasing power parity standard, with 69 percent of the EU27 average, compared to 52 percent in 2010 – an outstanding achievement. This ambitious plan will consolidate Romania’s status as a high-income economy and will make the country a prime candidate for OECD membership.

However, the plan faces huge obstacles, and many are related to public management. In fact, experts indicate that one of the main reasons for the slow advancement of major motorway projects in Romania has been the poor management of state-owned road company CNAIR and the Transport Ministry. During the last couple of years, the management of all major state-owned infrastructure companies has been changed several times. Despite the scant progress, the promises keep on coming. In 2018, former CNAIR manager Narcis Neaga promised that Romania would have 1,000 km of motorway by 2020. This promise now certainly looks unrealistic.

In 2020, three major tenders for infrastructure projects were cancelled due to lack of binding offers, and experts says that no company was willing to submit an offer because technical projects or feasibility studies were very weak and real costs were actually unknown. In one case (Targu Mures ring road), the whole project was so poorly managed that no construction company took it seriously.

“We anticipated the main reasons for this failure: the highly underestimated price assessed by CNAIR for the completion of works; the very bad technical documentation made available by CNAIR for the tender; the huge risks arising from the many unknowns of the documentation placed by CNAIR under the responsibility of the builder; the mind-blowing answers provided by CNAIR to questions asked by interested builders,” Pro Infrastructura representatives said.

Experts say that the government must restructure most public agencies and companies if it is really committed to speeding up infrastructure projects and achieving at least a major part of its plan.