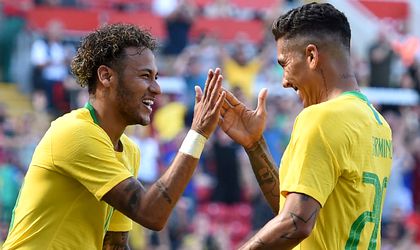 Goldman Sachs reckons Brazil will win its sixth World Cup, basing its forecast on data mining, machine learning and econometrics, according to Bloomberg.

The investment bank used 200,000 statistical models, from data on individual players and recent teams’ performance to one million simulations of the tournament.

As a result, Goldman Sachs predicts that Brazil will win the Russian World Cup starting 14 June. Last year the bank predictions were eronated, after its guess that also Brazil is the winner, after a 3-1 win against Argentina in the final game.

In fact, the World Cup was won by Germany, after a 1-0 victory against Argentina. Brazil was scattered by the same Germany 7-1.

Brazil and Germany are, in fact, the teams that appear most often in the forecast models produced by economists. The South American country was indicated by Danske Bank, while Germany will triumph in Commerzbank prediction.