Freight carriers are facing major problems after two consecutive crises. Most funding is not available to them 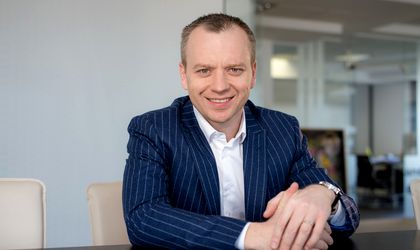 Instant Factoring, the Romanian fintech specializing in microfinancing for small and medium companies, launches a sector study on the challenges faced by the road freight transport industry in Romania, caused by two consecutive crises, the pandemic and the military conflict in Eastern Europe and their economic impact.

According to Romanian entrepreneurs in the field, financing solutions coming from the state or banks are difficult to access for SMEs, and counteracting the significant increase in operational costs – fuel, assurance, workforce, and real payment terms of up to 120 days, can be made only by direct negotiation of prices with the client, or by factoring, one of the few financing methods available to small businesses.

After a decade of growth in the freight transport industry, the pandemic stopped this development, and many small and medium-sized companies were forced to cease operations after 2020. Romanian firms were no exception, and the volume of goods transported abroad on-road decreased by almost 13% from 2019 to 2020. Therefore, if one year before the pandemic Romania registered a volume of 20.441 million TKM (tones/km) of international transports, in 2020, it decreased to 17.833 million TKM (tones/km), according to Eurostat.

”Currently this situation is improving, and data from the National Institute of Statistics (INS) show a growth of 16% in the volume of transported goods nationwide last year compared to 2020, but several current challenges are still difficult to manage. These include the rising price of fuel after the onset of the military crisis in Eastern Europe, the increased payment terms up to 4 months, the professional drivers’ crisis, the significant growth of RCA policies, the lack of technology used by entrepreneurs in the field and their low negotiation power with the customer”, explains Cristian Popescu, CEO of Instant Factoring.

In 2020, at the start of quarantine and other international restrictions, fuel prices dropped significantly, the price being 4,34 lei for diesel. Later, however, the costs increased rapidly, reaching now over 8 lei/liter. Thus, SMEs in the industry were forced to give up on the nonessential activity and to postpone indefinitely any sort of investment to cover the vital cost of their business.

The problem grew bigger after some clients raised the payment terms, also pressed by the economic context. Even after the global health crisis, the transport industry is still facing problems, with invoices paid anywhere between 30 and 90 days. At the present time, in some cases, the carriers have received their money even after 120 days. These situations are caused by the fact that payment deadlines are calculated, in most cases, after the trip is already completed, and the clients request original paper, which leads to a further delay of payment.

”This is an old issue because carriers have accepted these payment deadlines, and they thus formed the market. The request for original documents delays all the more the carriers’ payment, putting them in an increasingly precarious financial situation. Only now they are starting to renegotiate their contracts, which do not account for fair tariff adjustment clauses based on changes in fuel prices and payment terms”, states Decebal Popescu, founder and consultant of Transport Academy, a road transport consulting company.

The pandemic caused a career reorientation for many of the drivers who either changed their field of activity, either were hired by courier companies, a prospering sector during this period, or decided to emigrate, the preferred destination being Germany. According to owners of transport companies interviewed by Instant Factoring, Romanian drivers are not attracted by the wage difference but rather by the social advantages that offer them the possibility to bring their family along in 1 or 2 years.

„As in the payment terms case, this crisis is deeply rooted. In the last few years, the interest in this job decreased considerably and is no longer attractive because of the lack of time spent in the family and due to the conditions imposed by a hard way of living on the roads. One solution could be to establish a union to ensure a social dialogue between employers and employees”, considers Decebal Popescu.

During the pandemic, many small road freight transport companies tried to access bank loans to optimize their costs, but they either did not meet the bank’s requirements or the state financing schemes, or they were disadvantaged in the long term.

“A good thing that happened to us during the pandemic was that the state postponed us with the payments for drivers”, says Zacota Ioan, owner of BIANCA TRANS LOGISTIC SRL.

Aside from the price increase, obtained in some cases after extensive negotiations, one of the most accessible solutions proved to be factoring, the discounting of invoices to fast acquiring of cash. When asked what they had first paid with the money obtained from factoring, most representatives of the transport companies answered that their priority was fuel, whose prices were constantly rising during the 2 to 3 months of waiting period for payment. The next category of costs paid by carriers were loans – to avoid interest rate, and drivers salaries. The latter were more difficult to manage as many drivers who covered international routes had to stay in quarantine due to restrictive measures imposed in some countries.

“It is impossible to sit and wait for 90 days. In my opinion, for a small-sized company, factoring is a great support. It is ideal especially for companies that have just started, I’m not talking about the big companies that can open a bank’s doors even if the program has not started yet”, explains Ovidiu Damian, owner of D&R Kuhltransporte Spedition SRL, an international freight transport company.