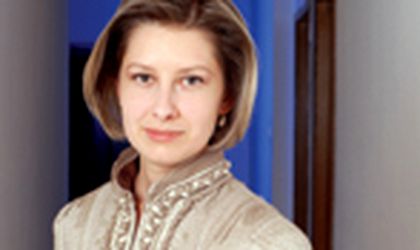 The increase in the tax burden for Romanian companies, especially SMEs, through the proposed forfeiting tax, a mandatory tax applied even if the company posts losses, as well as car purchases being made VAT non-deductible, is likely to drive up the prices of what the affected companies are selling. The measure, if applied as is, would take Romanian fiscal policy backwards, says Alina Timofti, partner with NNDKP Consultanta Fiscala. Worst hit may be good faith payers, who may post losses either due to the current economic environment or because they are making investments, she explains.
The measure aims to make it harder for firms to avoid tax through concealing profits. But it could hurt upright firms instead. “Besides affecting honest taxpayers, the introduction of the forfeiting tax could drive the dishonest ones to find new means of tax evasion” says Angela Rosca, managing partner at TaxHouse.
“These kind of situations should be improved through more efficient fiscal control measures, not through hardening taxation,” adds Timofti.
The move could also conflict with wider rules. “The project infringes certain principles in the Fiscal Code itself and to an extent the EC treaty and some European Court of Justice decisions. It introduces discriminatory measures between various taxpayers and industries.” says Rosca. Although the government points out that France and Hungary have introduced a minimum mandatory tax, other countries have repealed them or reduced social contributions, in order to help SMEs, “all in line with the EC recommendations, in the same international economic context,” adds Rosca.
In its current form, the tax has to be paid by start-ups, companies which have made significant investments not depreciated yet, those operating in industries with low profit margins, and inactive firms which may make a small income from, say, interest on bank deposits and not from operational activities, explains Rosca. Initially, a tax of 0.5 percent on all income (with few exceptions), but no less than RON 6,500 per year was to be applied to all such firms. Afterwards the government decided to apply a certain tax on revenues depending on the firm's turnover. Special purpose vehicles, firms set up especially for selling or buying certain assets, like real estate projects, could also be affected if the measures are applied as they are. Shell companies usually do not have operational activities or staff.
Timofti dismisses the reason given by the government – fighting tax evasion – as a cover for the need to boost the state budget. “Let's not forget, the IMF agreement involves certain commitments to increase state budget revenues” she adds.
Tax revenues will certainly rise, but if firms also go bust as a result, the increase might not be that important, says Timofti. The proposed measures also cancel the facilities introduced in 2008 through the fiscal recognition of bookkeeping re-evaluation.

No more VAT deduction for company car acquisitions
The cancellation of VAT deduction on the acquisition of cars, included in the first draft of the proposals, will initially hit car vendors, who are already facing tough times due to the financial crisis. “The new Fiscal Code is aberrant, because it will favor the sale of second-hand cars on the black market, which will affect the sale of new cars. […] And the 30 percent deductibility of expenses is aberrant because it will also encourage the purchase of second-hand cars and repairs in unauthorized service units,” says Brent Valmar, GM of Porsche Romania.
The measures would impose harsh restrictions on a market which has already dropped by 60 percent, and have the opposite effect of what's expected – swelling state coffers – says Mihai Halmagianu, director of the Audi brand in Romania. “It would encourage an increase in the black market, similarly to the 90s,” he says. Audi's planned investments for this year, some EUR 25 million in expanding the dealer network and training, could be hindered by the measures and would strongly affect businesses which have never delayed their payments to the state budget, he adds. The new measures will mainly hit companies in the automotive industry, small and large retail companies alike, distribution firms, leasing industry, companies with low profit margins, as well as firms in the services sector, as they might be required to pay higher taxes and would have to cover higher costs for their vehicle fleets, explains Rosca. “These firms are already being affected by the economic crisis. This kind of pressure will see an increase in sale prices to buyers and maybe bankruptcies,” she adds.
The forfeiting tax practically imposes a minimum profit margin each company should post so as not to be liable, explains Rosca. But state representatives says some firms have been posting losses for too many years and that the percentage of those with large turnovers that do not post a profit is too high. “If a firm has no resources to pay a RON 600 tax, it means the owner has created the firm for nothing,” says Constantin Nita, the minister for SMEs, trading and the business environment. The government is trying to avoid companies adopting a free-rider approach, say its representatives. In 2007, 39 percent of the companies registered in Romania posted losses, although their total turnovers exceeded RON 134 billion.
By the time Business Review went to print the government was still discussing further taxation changes.