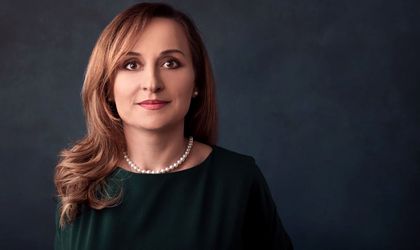 The top five largest companies and the group of companies specialized in consultancy services to attract European funds and state aid experienced a fast-track increase in financial performance during 2020, also marking developments of more than 190% of businesses, especially due to the increase in demand for non-reimbursable funds, a study by REI Finance Advisors, one of Romania’s most dynamic companies in the field, shows.

According to the data published by the Ministry of Finance, the total value of the business for the five largest companies and groups specialized in consultancy for attracting European funds and state aid, whose turnover exceeded 500.000 euros in 2020, amounted to over 7.5 million euros, more than 60% up from around EUR4.6 million in 2019.

REI Finance Advisors and REI International Consulting, the two companies that are part of the REI Grup, have recorded the highest financial performance in the top of the companies specialized in consultancy services to attract non-reimbursable funds, with a combined business of over 1.4 million euros and a profit of about 1 million euros, ranking second in the top 5.

“The market for consultancy services specialized in attracting non-reimbursable funds for companies active in Romania has grown at a steady pace in recent years, as a result of the positive evolution and the growing confidence of companies in alternative financing options offered by the EU or the state. According to our data, we are currently talking about 200 companies that offer consultancy services dedicated to accessing non-reimbursable funds, with a turnover estimated at about 50 million euros and a potential for doubling in the next few years. 2021 will be a transitional year between the two programmatic periods 2014-2020 and 2021-2027, but will be operational only next year. We expect 2023 to be a very good year as the vast majority of projects submitted this year through GD 807/2014 will be implemented, because the halls will be built and we will start receiving reimbursements on these projects, as well as the first reimbursements on which projects will be submitted at the end of 2021 – beginning of 2022, through European funds”, stated Roxana Mircea, partner at REI Finance Advisors.

The Ministry of Economy, Entrepreneurship and Tourism manages the State aid scheme set up by OGA No 130 of 31 July 2020 concerning measures for granting financial support from non-repayable external funds under the Operational Program competitiveness 2014-2020, in the context of the crisis caused by COVID-19.

According to official data, at the beginning of June 2021, around 226 applications were processed out of a total of 22,226 applications for financing, out of which 8,195 contracts have already been paid by the Ministry of Economy[1].

Eligible for funding are both start-ups, owned by shareholders who are no longer involved in other companies operating in the same field, SMEs or large companies, with thousands of employees. The condition would be that the applicants had a profit in at least one of the last 3 years of activity. The list of eligible expenditure includes new investments, the construction of buildings from scratch, the extension of existing buildings or a simple acquisition of equipment leading to the diversification of the company’s products, the increase in capacity or the change in technology flow. It shall not be possible to renovate buildings or purchase existing buildings. More details about this scheme can be accessed here.

The applicants eligible for funding under the 495/2014 scheme are companies in sectors at risk of loss of competitiveness due to the financing of support for renewable energy, a risk due to the electro-intensity of the beneficiary and exposure to international trade. More details on GD 495/2014 can be found here.

The Regional Operational Program 2014-2020 has as its main objective to increase economic competitiveness by supporting the development of the business environment, infrastructure and services. It comprises 11 priority axes, POR 2.2 being the second axis, of major importance in particular because it aims to improve the competitiveness of SMEs – a sector that has a significant impact on the competitiveness of regional economies. The grants offered range from €200,000 to €1 million. More details can be found here.

The consultancy market, affected by uncertainties concerning the projects submitted by Measure 2 and Measure 3

The REI consultants team once again warns of the uncertainties and bottlenecks affecting the two state funding programs, through measure 2 – grants for working capital and measure 3 – grants for investments, Part of a package of measures aimed at economic recovery for the companies affected during the pandemic period.

“The consultancy market will be seriously affected if the full amount of the Measure 2 money is not paid and Measure 3 is canceled, with some 30 million euros, especially since no European call has been opened in the first 6 months of the year. It is only in the next period that we expect the financing for HoReCa to be opened, as well as the axes dedicated to the rural environment, especially in agriculture”, said Roxana Mircea.

About 3,500 companies that are part of the “green list” for non-reimbursable financing, out of a total of 27,000, that applied for financial support through Measure 3 supporting investments in Romania, a project announced by the Romanian Government during 2020, and which have met all the conditions to receive the funds from the State, would have created more than 10,000 new jobs and would have paid fees of EUR 300 million only with their remuneration for a period of five years, while their investments would have exceeded 1 billion euros, authorities are considering the complete cancellation of their financing.

Under Measure 3 – Investment grants, with more than 27,736 applications, companies should have received grants ranging from 50,000 to 200,000 euros for development projects, but an alleged fraud brought before the Romanian Ministry of Economy, Entrepreneurship and Tourism, but not yet proven, as well as the lack of funds required to pay the HoReCa Scheme – Measure 2, the financing of the projects was blocked, even if they met, for some 3,500 companies, the eligibility criteria in full.