Romania misses out on 33% of VAT revenues due. EU States can no longer afford such losses, warns the European Commission. Does Poland hold the answer? 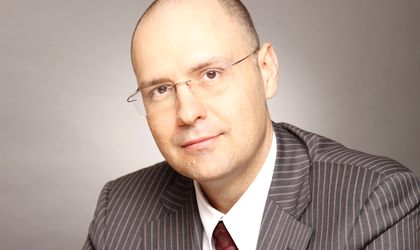 Romania only collects about two thirds of the VAT due to its state budget every year, according to a European Commission report who notes that under-collection of VAT causes states difficulties in performing their main function, providing public services. The indicator used by the EC measures the difference between potential VAT collection, estimated on the basis of all transactions in the economy, and the amount actually collected by the state.

Despite numerous legislative and procedural changes over the years designed to improve collection rates, Romania’s VAT collection rates are still low. Such deficiencies have been exacerbated by the Covid-19 crisis, with falling budget revenues and rising expenditure.

The national budget for the first seven months of 2020 shows that the Romanian state spent RON 50 billion more than it received. The deficit for the same period in 2019 was RON 18 billion. Whereas spending on public sector salaries and pensions have increased steadily in recent years, reaching 96.3% of tax revenues and social contributions, tax collection has remained at around 26% of GDP. That puts Romania in the penultimate place in the EU for tax collection. Despite that increasing expenditure, the tax administration has not been strengthened through implementing IT systems, training staff or coordinated reform processes.

With an estimated budget deficit of 8.6% of GDP in 2020, a possible tax increase next year to make up the deficit and finance expenditure is not a medium- or long-term solution for Romania. In a crisis such as we are now experiencing, economic operators need incentives, not additional fiscal burdens. Better collection of existing taxes to help balance the budget and reduce the VAT gap is not only possible, but necessary and mandatory. Indeed, the EC quantifies VAT collection deficits precisely because Member States need help in developing well-targeted measures and monitoring their effectiveness.

Poland proves that it is possible

According to EC reports, the Polish VAT gap widened sharply from around 12% to over 20% of potential revenues between 2006 and 2011. That trend continued in 2012, when it peaked at 25.6%. Aware of the magnitude of those losses, in mid-2016, the Polish Ministry of Finance announced a plan to reduce the VAT gap to about 15% over the coming three years. The objective was achieved earlier than that, as a result of concrete measures to improve both fiscal compliance and efficiency. According to OECD statistics for 2017, the first effects of the measures were visible in 2016, when budget revenues as a share of GDP increased.

Within two years, Poland has managed to reduce its VAT deficit to almost a third of its previous peak level, thanks to actions taken to strengthen the Polish VAT system, based on three pillars: modern legislation, efficient administration and close cooperation with enterprises.

Although various legislative solutions were implemented, along with legal instruments used by other EU countries (e.g. reverse charge mechanism, joint and several liability), the measures had a limited effect. The main source of success was rather more practical in nature – equipping the tax administration with innovative systemic solutions and modern analytical tools. The collection of VAT, other taxes and duties increased considerably as a result.

How did the Polish Ministry of Finance proceed? They identified the major problems and found timely solutions for each. Those problems included lacking a taxable persons database, effective sanctions for fraudsters, money transfers monitoring and effective analytical tools for detecting irregularities. Further challenges were identified, such as the inefficiency of the tax administration structure, the widespread use of false invoices and the increased fraud exposure of certain sectors.

For each of those identified problems, concrete measures have been designed and implemented.

To address the taxable persons base issue, Poland implemented a “Blacklist”, which is an online list of entities not registered or removed from the VAT register. The conditions for registration refusal and removal were also clarified, resulting in almost 256,000 entities being removed since January 2017.

Poland also implemented a “Whitelist”, which is a modern and up-to-date list of taxpayers that provide easy and free access to information, including VAT registration codes and B2B bank accounts.

Sanctions have been introduced to ensure effective sanctions against VAT underpayment. The Criminal Code has also been amended to increase significantly the penalties for issuing and using false invoices.

In order to improve the structure of the tax administration and to create effective analytical tools for detecting irregularities, an entity for the administration of state revenues, KAS, was established. The tax administration, the customs service and tax inspection, which previously operated separately, were strengthened. KAS works closely with the police and related services to combat VAT fraud, with new features being added, including centralised tax analysis and tax warnings.

Monitoring money transfers using efficient analytical tools led to the implementation of the IT – STIR solution, a system for monitoring bank transfers with algorithmic analysis (big data) to identify bank accounts used by fraudsters, detect transactions and provide related information to the tax authorities. The Polish tax authorities can now block an account when there is a risk of fraud involving amounts over EUR 10,000.

Implementation of the “Modified Data Warehouse JPK-VAT” solution was intended to allow invoices to be crosschecked, reduce the phenomenon of false invoices and enable online verification of sales and purchases, based on the standard fiscal audit file (SAF-T). Due to the SAF-T implementation in January 2018, 1.6 million companies (97% of VAT-registered taxpayers) submitted their data on economic transactions in electronic format to the tax administration. The data is collected by the tax administration directly from the taxpayers’ financial and accounting systems.

For the same purpose, the split VAT payment mechanism was applied only for internal B2B transactions settled by bank transfers at the customer’s decision. Within the mechanism, only one money transfer takes place: the invoiced amount is automatically divided into two separate accounts, with the net amount going into the settlement account and the VAT into the taxable person’s VAT account. The mechanism is accompanied by a faster VAT refund procedure (25 days, instead of the previous 60).

Following the identification of sectors most susceptible to fraud, the ‘fuel package’ of measures was implemented to combat VAT fraud, particularly carousel fraud, related to intra-EU trade in liquid fuel. Such operators have to pay VAT in principle within five days of purchasing the fuel. Another solution for combatting fraud in this sector is the ‘transport package’, SENT, an online monitoring system for the transport of goods.

The EC report warns that the coronavirus pandemic has drastically altered the EU economy and that VAT revenues could be severely affected. Now more than ever, EU countries simply cannot afford such losses, according to the report, which recommends that Member States take concrete action. The Polish example should encourage other countries, including Romania, to implement similar plans for improving tax collection.