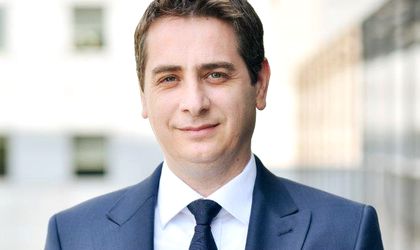 Real estate was the most active sector in the local mergers and acquisitions (M&A) market in 2022, with almost 60 of the 157 transactions of over 5 million euros recorded (36%) and with a value of over 1.7 billion euros out of a total estimated market of 6.5-7.5 billion euros (26%), according to a Deloitte Romania analysis.

The next notable sectors in terms of several transactions were energy (11%), consumer products, technology, and health (10% each). In terms of value, however, the top of the sectors is slightly different, with energy ranked in second place (22%), followed by industry (12%), automotive and retail, and distribution (7% each).

The strategic investors continued to dominate the M&A market in Romania in 2022, with 83% of the total number of transactions, a significant increase compared to 2021, when their share was 63%. They were followed last year by private equity firms (15%) and institutional and private investors, whose share dropped to 2% (from 20% in 2021), the lowest level since 2018.

As far as the investors’ home country is concerned, Romanians were involved in 2022 in 30% of the total number of transactions, which had a total value of 1.9 billion euros. Among the foreign investors, those from the US placed the largest amounts (1.4 billion euros – 37% of the market value), followed by French (over 500 million euros), Belgian (275 million euros), Italian and Austrian (over 180 million euros each). Investors from Israel, Germany, and Hungary were also active in the local market in 2022, but they were involved in lower-value transactions.

“Last year marked the increase of the average value of transactions to 34 million euros, after a decrease to 27 million in 2021, which maintains Romania among the medium-sized markets. We are pleased to see that more and more local investors have plans to expand through acquisitions and that some investors who are already present in Romania continue their development plans through takeovers – they were involved in almost a third of the analyzed transactions. We expect 2023 to also bring transactions of significant value, especially in the energy field, perhaps even an increase in investments made by local investors, both strategic and institutional, or local investment funds that are being set up now. I believe that financial investors still have liquidity and that now is a good time for strategic investors to strengthen their presence in Romania for future sustainable growth,” said Radu Dumitrescu, Financial Advisory Partner-in-Charge, Deloitte Romania.

The Romanian M&A market reached record levels in 2022, with a total estimated value of approximately 6.5-7.5 billion euros (including transactions with undisclosed values) for the 157 transactions of over 5 million euros analyzed by Deloitte Romania.