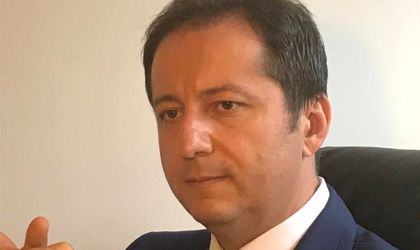 Private pensions have a significant impact on economic development regardless of the time horizon, whether we refer to short-term or long-term development. In the short term, the private pension system contributes to GDP growth through investments made by pension funds in the real economy, by ensuring state and corporate funding, and by supporting consumption, as an effect of paying life pensions to the population.

Also, given that the investment horizon of private pension funds is a long-term one, in correlation with the duration of obligations to participants, investment and additional income activities for the population can significantly influence the factors of production, capital and work contribute to long-term economic development.

The private pension system also stimulates long-term savings for pensions, the amounts accumulated in the form of assets of private pension funds are invested in the economy over long, predictable periods, representing a stable source of financing for the economy and the state. Pension funds are institutional investors that mainly support the local economy and represent a factor of balance and stability, compensating for the withdrawal of venture capital in critical times. Thus, the stabilizing role of pension funds in domestic financing is manifested, as it also results from the distribution of investments by country, taking into account the predominant exposure in Romania (90.02% in September 2020).

Read more about
Safetech Innovations post a net profit of RON 5.3 million in the first nine months of 2022
read more

Private pension funds investments are mainly made in companies listed on the capital market, which are transparent and respect corporate governance, stimulating the development of the primary market by providing financing in primary public offerings and, in the case of the secondary market, by improving its depth and liquidity.

Regarding the contribution to the Romanian capital market, there is a constant increase in the holdings of private pension funds in the share of market capitalization, as shown in the chart below (direct holdings in local issuers were taken into account).

Through investments in government securities, the funds contribute to the long-term provision of the need for state funding, which uses the funds, including for investments, which in turn generates sustainable economic growth. It is desirable that a significant part of the public debt to be held by local institutional investors, with predictable behavior and long-term strategies, which can act as a buffer, in conditions of high volatility of financial markets.

Moreover, pension fund investments have a multiplier effect on the economy, generating an increase in corporate income, supporting the increase in wage income and subsequent, the consumption.

The impact of private pension fund investments, different to Pillar II, on economic growth can be highlighted by an estimate based on the regression model based on seasonally adjusted real GDP variables and the value of net assets of Pillar II pension funds ( transformed by statistical processing specific to the use of variables in econometric models – for example the application of natural logarithm or value differentiation). Data used in the analysis are quarterly and cover the period from the beginning of the private pension scheme (2008, Q2) to the present (2020, Q2). The main conclusion from the model results is that there is a statistically significant link between GDP and the net assets of pension funds. Going in more detail in interpreting the results, it can be observed that a change in the growth rate of net assets of Pillar II pension funds of 1% could have an impact of about 0.07% on GDP, in the scenario of the action of this isolated factor. As it can be seen in the graph below, the assets managed by pension funds have experienced positive developments from year to year (increase of over 19% in recent years) both in absolute value and as a percentage expressed in terms of GDP (being at a value of over 6%).

Taking into account other factors as well, such as the structure of GDP based on about 20% of investments, the share of net assets of pension funds allocated to investments in government securities (almost 70%), the share of investments in the capital market (about 20%), as well as the value of the correlation coefficient between the variables, then the influence of the increase by 19% of the net assets (which took place in the last year) on the economic growth is around 0.5 pp.

The influence of the private pension sector on the development of the economy also emerges from the Granger test, which reveals that there is a statistically significant one-way causality from the variable of net assets to the variable of GDP.

Using a VECM model of decomposing the GDP variant according to the amount of contributions to pension funds Pillar 2, net assets and the value of government securities in the portfolios of these funds, it is found that the variable net assets has a significant influence (over 22% with an optimal lag of 4 quarters) on the variability of economic development. Thus, the econometric analysis highlights the fact that the private pension system, with emphasis in our case on Pillar II funds, contributes to economic growth by about 0.5 pp, is in a strong correlation (correlation coefficient of about 90%) with economic development and has a significant influence on both short-term and long-term development.

We do not have to forget the fact that a developed private pension system is part of the optimal policy mix that addresses the trend in recent decades of increasing the share of the elderly population resulting from the combined effect of increasing life expectancy accompanied by a steady decline in birth rates. Developed countries, which have a high standard of living, have managed to compensate to some extent for this development through immigration, attracting labor, to the detriment of countries that are sources of emigration. This development raises concerns, both in developed and emerging economies, about the ability of the public pension system, based on intergenerational solidarity, to ensure a decent replacement income for retirement. One solution, to compensate for this imbalance and ensure a standard of living as close as possible to that of the last years of the active period is that of private pensions, based on contributory and financed by employees and / or employers, especially in the conditions under which the private pension system makes a significant contribution to economic development and plays an active role in financing public and private sector debt.