Opinion | Leonardo Badea (BNR): Increasing the versatility of the local economy in the context of post-pandemic reconstruction 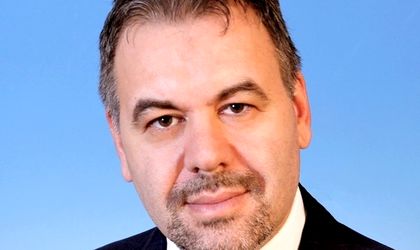 For several weeks now, a positive change of approach has been felt throughout almost the whole of Europe, although it is obvious to everyone that there are still significant pandemic risks. Concern for the evolution of the diseases and the consequences of the pandemic remains, but it has passed into the subsidiary, the first plan being very obviously won by the debate and the preparations for the resumption of the activity and the return to a new normality.

I think this change is a huge gain, shifting the focus from the inevitably negative emotional burden associated with the actions towards limiting the disaster to an implicitly more positive approach aimed at rebuilding the economy and society, which gives hope for overcoming the hardest moment of this crisis. Even if we still face a probably quite long struggle, the fact that we manage to engage in this positive endeavor to build a new future is already an important success.

We now need everybody’s maximum contribution to the rebuilding effort. This is an objective that we should pursue not only with a formal perspective, each according with our regular day-to-day job related tasks, but also as a hands-on involvement in finding the best solutions at personal, family, community, national and European level, as well as through serious, honest and constructive involvement in their implementation.

However, the losses induced by the pandemic are huge and the economic mechanisms have been structurally affected. It is therefore unknown at this time whether the stimulus measures will spread effectively in the economy and lead to a rapid recovery, or whether the crisis-induced changes, including behavioral ones for consumers and investors, will require more than financial incentives to return to economical growth. So we still don’t have answers to two very difficult and far-reaching questions about the speed of recovery after the crisis:

After each major economic crisis, society tended to want to return to the previous situation. But maybe this time (or rather this time too) we should think not to go back but to evolve towards a more robust society from an economic point of view.

The design and construction of a safer environment for employees, customized according to the specifics of the activity (in the offices, at the teaching desks, on the construction sites, in the production halls, at the assembly lines, at the sales counters, inside service spaces, etc.) are components important for regaining confidence in the whole economy. We need to create clear and transparent protocols that allow people to confidently return to a secure job. This means implementing the necessary hygiene measures and routines. At the same time, we need new approaches: large-scale testing for both infection and immunity; new models of risk stratification; new follow-up practices and new guidelines for when, where and how to open communities and the economy – and when and how to react if infections recur.

Although it is true that it is the job of private companies to find solutions and bear the costs of implementation, the financial support of the state, the scientific and technical help of research institutes and the constructive and realistic / practical contribution of the authorities responsible with safeguarding employee safety and health are vital.

It will not be at all easy to find a reasonable balance between the need to protect the health of employees (and customers) and the need to control costs (including from the perspective of their indirect transmission to consumers, through inclusion in final prices).

It is from this perspective that the role of government authorities with responsibilities in this field is vital, in order to work with the private sector and identify these necessary solutions for the efficiency and robustness of the new economy.

Romania has advantages that can make a difference for the long-term success of the post-pandemic reconstruction. We, Romanians, are proud to have one of the most modern telecommunications infrastructure, an army of specialists and top companies in the field of IT solutions, excellent internet access in most urban areas and a very favorable general attitude of the population in adopting new technologies. It would be a great loss not to make the most of these advantages or to neglect to maintain ourselves at an advanced level by continuing to stimulate the assimilation of new technological developments. For example, international studies published recently show that large cities in Romania are among the most advantageous for working from home. Based on these, we could include as a priority in our national strategy to attract more foreign investments related to centers for support, services and remote work of large regional corporations, including to stimulating them to have a tax domicile in Romania for subsidiaries with these activities. I think we have a chance to make Bucharest, Iasi, Timisoara, Constanta, Cluj, Sibiu and other cities in Romania real hubs for the remote activities of European companies. Being also important university centers, the foreign companies have the possibility to train here exactly the skills they need. Of course, in Asian cities they could pay lower wages to remote workers, but workers’ skills and adequate infrastructure can make the difference.

The agricultural potential is another important advantage of Romania that should not be forgotten in the strategy for rebuilding the economy. Traditionally, agriculture is significantly dependent on climate change and its contribution to GDP varies depending on this factor. With the help of new technologies and investment support programs, this dependency can be ameliorated. Moreover, having the raw material provided locally, also with the help of investment support programs, Romania meets all the conditions to become a regional center of production in the food industry, thus ensuring food security of the population and improving the structure of agro-industrial exports (from raw materials to products intended for final consumption) with a positive effect on the trade balance and implicitly on the current account deficit.

One of the natural conditions that Romania benefits from and that facilitates the development in these (as well as in other) areas is the strategic positioning along the land trading routes. Development as a regional center of trade and logistics for Central and Eastern Europe has always been a goal on the government’s agenda. Overcoming the pandemic crisis is a new opportunity to take concrete steps to achieve this important strategic goal. The development of physical infrastructure would bring benefits in almost all areas of activity.

There are a number of other areas of the economy in which Romania has a comparative advantage in foreign trade (eg. according to the 2018 UNCTAD Data Center) which are often overlooked and which should all be targeted with priority by government support programs created for the reconstruction effort: production of furniture, prefabricates for buildings, footwear, plastics, electrical equipment and cables, bearings, car parts, rubber articles, leather, metal or PVC pipes and profiles, vegetable oils, hydrocarbs, synthetic fibers, tobacco, etc. . To these we must add the strategic areas for the safety and health of the population.

For many of these areas of activity, financing from European funds or through programs run by international financial institutions can be accessed. All European states are currently engaged with maximum energy in a race against the clock to tap as much as possible these financial resources unlocked in response to the global crisis, and Romania cannot afford to lag behind. Real, competent collaboration and communication between the public and private sectors, based on the best intentions and efforts, is the only way we can approach this goal.

Beyond the analysis and interpretation of the causes, evolutions and economic impact generated by the pandemic crisis, the challenges of identifying solutions to the crisis remain. It matters a lot how we try to do this because in order to overcome today’s crisis we must understand what tomorrow offers us, ie a complex, interconnected, global and sometimes fragile society.