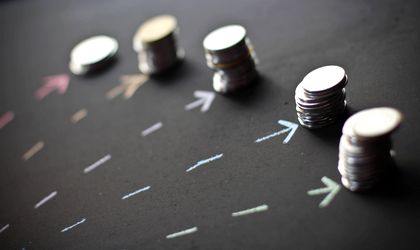 The European Investment Bank (EIB) has agreed to lend EUR 75m, the first tranche of an approved loan of EUR 150m, to Banca Transilvania (BT) to co-finance projects undertaken by Romanian SMEs and mid-caps. Around 85% of the EIB funding is dedicated to supporting investments in parts of Romania that are covered by the EU bank’s cohesion and regional development lending priority,according to a press release issued on tuesday. “The EIB loan, in cooperation with Banca Transilvania, will support the investment needs of 3.000 businesses by providing them with better access to long-term finance. We will focus on corporate investments that can accelerate economic growth and that are expected to support 37 000 job opportunities in Romania’s less developed areas”, stated EIB Vice-President Andrew McDowell.

“This is BT’s second facility provided by the European Investment Bank in order to finance SMEs in Romania, amounting to a total of EUR 150m. It is our strong belief that this EIB loan will contribute to our efforts to support local entrepreneurs. We are also pleased that, due to Banca Transilvania’s strategy, dedicated team and diverse offer of products and services, three in five Romanian SMEs have chosen to work with our financial institution so far and we look forward to enlarging our portfolio”, stated Ömer Tetik, CEO of Banca Transilvania. Banca Transilvania is the second largest bank in Romania. With some 500 units across the country, it is well equipped to reach a considerable number of SMEs and mid-caps, as one in three new businesses opened in 2017 have chosen to work with BT. The current operation builds on the successful cooperation between the EIB and BT that goes back to 2014. The EIB has already provided BT with loans amounting to EUR 150m that are fully disbursed under advantageous terms for the benefit of the financing projects of SMEs and mid-caps. This latest EIB approval for an equal sum brings the total EIB lending commitment to BT to EUR 300m.