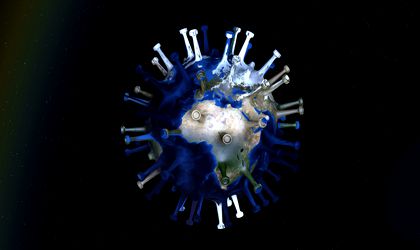 The COVID-19 pandemic took a painful toll on Romania’s economy in the second quarter of 2020, when gross domestic product (GDP) plunged by 12.2 percent compared to the previous quarter. But despite the fact that most restrictions were lifted during last summer, the economy has struggled to recover amid weak external demand, poor agricultural output, and lower consumer sentiment, all of which have decreased the probability of a quick rebound.

In the third quarter of 2020, Romania’s GDP rose by 5.6 percent quarter-on-quarter, well below the 7.2 percent figure the market was expecting, and declined by 6 percent year-on-year. This means that the economy managed to recover less than half of the loss it took in the second quarter, when the economy was partially shut down due to a national lockdown imposed over a two month-period (March 16 – May 15).

In the January-September 2020 period, the economy contracted by 5.1 percent relative to the same period of the previous year. Economists warn that these numbers are indicating a slower recovery than had been expected.

“The Romanian economy only partially recovered after the sharp fall in Q2 2020. (…) Economic performance in the third quarter was below our expectations of -4.9 percent y/y and the Bloomberg/Reuters median of -4.4/-4.0 percent y/y. We believe that a weaker-than-expected agricultural output is to blame for most of the forecast error on our side,” Erste Bank Group economists wrote in a research note.

According to most specialists, these numbers suggest that the long-awaited V-shaped recovery pattern will turn out a lot flatter than everyone had hoped, meaning that the recovery path will be slower and last longer.

The main cause of the sharp economic drop in Q2 2020 and the slow recovery in Q3 was, of course, the COVID-19 pandemic. But its effects were different from sector to sector, with a broader impact in Q2 and a more limited – but still significant – effect in Q3. In the second quarter, there was strong impact on industry, exports, and services, sectors that were severely hit by both the restrictions imposed by authorities as well as by the lower demand.

While some of the impact dissipated during the third quarter, some sectors remained largely devastated by the pandemic. Tourism, a flourishing industry before the pandemic, took the biggest hit. Official data show that, during the first ten months of 2020, the number of tourists in Romania declined by 51 percent year-on-year, plagued by the sharp drop in the number of foreign tourists (-82 percent).

This decline is associated with a slump in the activity of hospitality businesses as well as that of some retail subsectors. At the same time, the performance of the agricultural sector was poor this year too, as yields for major crops like maize, wheat, barley, and sunflower declined compared to the previous agricultural season, due to severe drought.

Other sectors have recovered quite quickly and offered some hopes of a faster rebound in 2021. Following a sharp contraction during the two-month lockdown, retail sales have been growing ever since, having registered a 2 percent increase in January-October 2020 year-on-year. In October, retail sales accelerated to a 5.7 percent year-on-year growth from 4.7 percent in September, edging closer to the cruising speed of 7.1 percent seen in 2019. “Consumers quickly shrugged off the crisis given the tight pre-crisis labour market conditions and likely supported by the government’s job scheme,” ING economists said in a research note.

Construction has been another strong sector, driven by government spending. In the third quarter, it had a marginal advance of 1.9 percent q/q vs -4.1 percent in the second quarter, “though the sector proved to be more resilient to the pandemic-induced economic crisis, backed by higher government investment spending,” according to Erste Group analysts.

During the first ten months of this year, the budget deficit was 2.6 times higher than the one recorded in the same period of 2019, going up to RON 74.04 billion (EUR 15.3 billion) or 7.05 percent of projected GDP. Romania’s Finance Ministry recently revised upwards its expectation for this year’s fiscal deficit, from 8.6 percent to 9.1 percent of GDP, following a deterioration of the economic forecast for 2020.

This deficit is considerably larger than the level registered in 2009 (7.4 percent of GDP in cash or 8.3 percent in the EU’s ESA standard). At that time, Romania was downgraded to “junk” by two major rating agencies and signed a EUR 20 billion rescue package with several international financial institutions, including the IMF and the European Commission.

Despite the stimulus, the government was finally forced to cut wages in the public sector by 25 percent in 2010 in order to keep its finances afloat – a decision with huge political repercussions for the ruling party of that time.  But things seem different during this new crisis, as the European Union has allowed its member states to spend more money to tackle the health crisis and to exceed the usual 3 percent of GDP deficit threshold. At the same time, the EU has prepared a EUR 1.8 trillion package for its 27 member states, including the regular EU funds for the next 7-year budgetary period (2021-2027) as well as a special Recovery and Resilience Facility. The facility will make EUR 672.5 billion in loans and grants available to support reforms and investments undertaken by member states.

The aim of these funds is to mitigate the economic and social impact of the coronavirus pandemic and make European economies and societies more sustainable, resilient, and better prepared for the challenges and opportunities of the green and digital transitions – official targets of the bloc for the coming decades. Access to sizeable EU funds to support a green transition in the early 2020s could be a game-changer for Romania. Total EU grant funding available for Romania amounts EUR 80 billion in 2021-27, or around 36 percent of its current GDP.

In this favourable context, Romania has so far managed to keep its rating in the “investment grade” zone despite its huge fiscal gap.

However, experts warn that the next government, formed after the December 6 Parliamentary elections, will need to implement fiscal and budgetary reforms in order to convince major agencies to maintain the current rating.

“Our view that rating agencies are willing to look beyond the current electoral context and wait for a new government to take over and embark on a more serious fiscal consolidation path is contingent on such a reduction (increasing pensions by 14 instead of 40 percent). We maintain this view for now, which is also supported by some optimism coming from last month’s agreement on the EU recovery fund,” ING senior economist Valentin Tataru wrote in a recent report.

2021: Looking into the unknown

In 2021, the new government’s main objective will be to ensure economic recovery while reducing the fiscal gap, a task that might prove easier in a post-electoral context. Even so, a reduction of the budget deficit by at least 3 percentage points, as expected by the market, could be difficult to implement.

“A 3-point budget deficit reduction pace (from 9.3 percent in 2020 to 6.3 percent in 2021) is – in our view – striking a reasonable balance between the need for fiscal consolidation and not damaging economic growth. Attempting to reduce the deficit by more than that next year could have contractionary effects for the economy, which any government will likely try to avoid,” Valentin Tataru notes.

“In any case, we believe that the risk of downgrades will remain a constant threat, at least through 2021,” he added. The deficit cut will certainly depend on the evolution of the economy, as the uncertainties remain high. During the last month, newly-enacted restrictive measures after a resurgence of COVID-19 infections in Romania has led many analysts to reducing their GDP growth forecasts.

Erste Group analysts are now betting on a GDP growth rate of 2.7 percent in 2021, following a 4.7 percent decline in 2020, while ING estimates a 4.1 percent rate for next year. This means that Romania will need at least two years to recover the losses caused by the pandemic in terms of economic output.