Leonardo Badea (BNR): The economic recovery and the evolution of the health crisis – the threat of the fourth pandemic wave 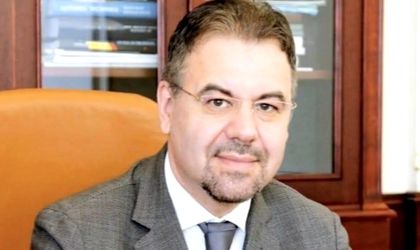 The recovery of the economy after the pandemic period is a complex subject in a continuous evolution determined by the health crisis and the transformations induced by it, including by accentuating some pre-existing vulnerabilities and creating new frictions on the markets.

We all know that during this period “uncertainty” is the term that best defines the environment in which people and companies make their estimates or build their plans for the future. At the same time, we are in a situation that demands a solidarity response to combat the effects of the crisis, but also to strengthen the structure of the economy and the society. The nature of the threat we are facing emphasizes that no country will be fully protected from the virus until global health security is ensured, which is unfortunately very difficult, not only in terms of financial effort but especially because it requires a change of mentality and overcoming cultural barriers. Local vaccination successes will not be enough to protect individual countries from potential further outbreaks, especially in cases of new variants, as in many countries the situation is not homogeneous even from a regional perspective (see the recent experience of Spain).

Although at the beginning of the summer we had reasons for optimism, the evolutions of the last days show that the virus remains a formidable and surprising opponent. The signs of a new pandemic wave, the fourth wave, which was estimated to manifest much later, at the beginning of autumn, are already becoming more and more visible.

The most topical questions are related to the amplitude of this wave and whether the results of the vaccination effort so far will prove sufficient to reduce its amplitude. The concern is natural given the higher degree of contagiousness of the Delta variant of the virus. Therefore, the race against the clock continues in order to improve the vaccination rate – the only solution that reduces the risk of developing serious forms of the disease in the general population, allowing a lower level of restrictions.

Challenges that affect the evolution of the economy

The current situation of uncertainty is generated mainly by the unpredictable evolution of the pandemic but is also exacerbated by other challenges that transform society and the economy: the climate crisis, the demographic crisis in most developed countries, the migration, the accelerated growth of debt, the danger of inflation, the restoration of geopolitical balances, the changing the structure of the society and the erosion of the middle class, simultaneously with the increasing inequality, the signs of re-emergence of terrorist threats and the difficulty in controlling weapons and dangerous substances in the context of protecting individual freedoms, etc.

Beyond the pragmatic aspects, all these also generate important emotional reactions and influence the behaviors of consumers and investors. In a synthetic analysis of the main threats to the economy, which have been commented in the public space, we can identify ten challenges that affect the intensity and duration of the economic recovery.

The risk induced by the decoupling from the fundamentals in the capital markets could lead to a sudden and massive increase in risk aversion, if the speculative bubble will burst (as opposed to a gradual deflation managed by adequate macroprudential policies), with simultaneous negative effects on liquidity (which, as we have seen during all crises, is vital for the functioning of the economy). At the same time, it could lead to investment reduction, increase of risk premiums (hence the cost of debt), and, to a certain extent, it could affect the net worth of the population (more so in developed countries with a long stock market tradition), which negatively influences consumer behavior and the ability to maintain debt service – hence a potential increase in non-performing loans.

The insufficiently regulated market for cryptocurrencies is already a danger due to the high level of volatility and the opacity of the mechanisms for retail investors. It is obvious that this market offered gains without economic justification, and the phenomenon of communication through social media amplifies the attractiveness of these instruments, appearing as real engines of immediate enrichment. Many investors in cryptocurrencies do not understand their underlying features and the risks they are exposed to. And most importantly, they confuse the economic and social utility of the underlying technologies with their economic value. While technologies are already proving their efficiency and applicability in many areas of the real economy and even in the financial sector (increasing the speed of transactions, reducing costs, increasing security, reducing human error, etc.), the assets themselves have, in most cases, only the ephemeral and subjective value resulting from the interaction of demand with market supply, without having the basis of future financial flows from real economic profits. Financial regulators are concerned about the risks posed by cryptocurrencies to consumers and potentially to the financial system as a whole, but the emergence of an appropriate supervisory framework is still in its infancy.

Beyond the ample discussions on its persistence vs. transitory nature, on the estimates of the amplitude and duration, on the exogenous or endogenous structure and on the nature of the factors that generate it, the increase of prices in the economy is nevertheless an indisputable reality of the moment. Central banks in developed countries are likely to maintain a loose monetary policy in the coming period so as not to affect the post-pandemic economic recovery. In this respect, rising price volatility remains a negative factor for firms as it reduces predictability on future business developments and may constitute a brake on investments, even if their financing remains cheap (given the low level of real interest rates).

Although the process of globalization is likely to have slowed down in 2020, the world’s economies remain seriously interconnected through trade, so it is generally difficult to imagine a significant long-term increase in the well-being of the population of an isolated country compared to what is happening globally, even in less developed or more distant countries. Most of the world’s economies are open economies for which the external environment is an important variable contributing to development. Therefore, the global vaccination effort and especially international solidarity are aspects that cannot be ignored and whose unfavorable evolution leaves room for significant exogenous risks.

Opportunities and options for recovery

Although Romania currently has one of the highest rates of economic growth and thus a rapid recovery of (nominal) output losses caused by the pandemic, this does not mean that the economy will be in better shape by the end of this year compared to the one before the onset of the health crisis. An important part of the growth comes against the background of the base effect and a large part of the pre-existing structural deficiencies have deepened. In this context, at least in terms of sustainability, we have not made much progress, and a possible new external shock would not find us in a better position. Therefore, it is still necessary not to lose sight of the need to seize the opportunities of the moment in order to increase the robustness of the economy.

From this perspective, the main opportunities for economic recovery are related to the necessary fiscal consolidation. In other words, we need to manage the public finances very well and find ways to increase the revenues to the state budget. The advancement of digitalization in many private sectors of the economy must be closely followed by the digitalization of tax administrations and customs control (the state must not waste the gain of operability and efficiency brought by digitalization in the private economy) in order to bring to light as much of the underground economy as possible. More digitalization in public companies and administration means less corruption, more resources for government programs, more respect for citizens and the private sector, more transparency. When looking for new sources of funding we may need to rethink the tax system for the gambling industry (broadening the tax base) or discourage (by taxation) the consumption of products that affect health.

At the European level, we have two major priorities for the allocation of development funds: the digital agenda and the green economy agenda. A new “Fit for 55” document has recently entered the public debate, which is a broad package of actions for deep restructuring taking into account ample goals of increasing renewable energy use and energy efficiency, as well as the creation of a new EU system for trading emission allowances for buildings and road transport.

The “Fit for 55” package aims to include the transport and construction sectors in the decarbonisation process. As the two sectors account for 22% and 35% of the EU’s carbon emissions respectively, decarbonising them is key to achieving climate goals. These two sectors are both extremely important for the Romanian economy. As we have seen, in our country the construction sector supported the economy during the peak period of the health crisis, but which is estimated to experience a slowdown and a reduction in the future contribution to GDP compared to 2020. Also, much has been written about the strategic importance of the transport sector, as well as about the geographical advantages it enjoys in Romania. Therefore, the “Fit for 55” package, if accompanied by stimulating financing sources, may be a new opportunity for Romania, for the sustainable development and transformation of the economy, at the end (hopefully!) of the pandemic crisis.