Leonardo Badea (BNR): The capital market needs to strengthen its contribution to financing the priority areas of the economy 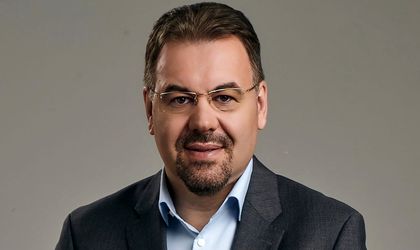 I think we all agree that we are going through a complicated situation for the economy and society, characterized by growing risks and uncertainty, and in the near future, the chances of this situation changing are relatively low, because of the overlapping crises we face.

That is why the economy needs to be further supported by all available means, given the generally limited resources available. We know that access to finance is especially important for the evolution of the economy and that it can be ensured through a mix of bank financing and financing through the capital market.

Romania, like most European countries, has an economy dominated by bank financing, but intermediated financing on the capital market has gained ground in recent years and must continue to be an increasingly important complementary source, especially in the context of a degree of low intermediation, which places us among the last places in Europe according to this criterion.

The recovery of the economy following the effects of the latest crises, the pandemic and the invasion of Ukraine by Russia, as well as the many structural changes required by the geopolitical context, the need to protect the environment and the advancement of technology and, in particular, digitalization, are important opportunities for the sustainable development of financial intermediation, both through the banking system and the capital market.

The path to follow for economic development in the current conditions of high uncertainty is difficult to define, not only in the case of Romania, but even in a broader context, for example for the Central and Eastern European countries with which we often compare ourselves. It is becoming increasingly clear that there are not only one-size-fits-all solutions to these challenges, although these solutions, which stem from solidarity at international and European level, play an important role, but it is still necessary for emerging countries to consider their own differentiated solutions that can be applied locally.

A. Priorities for reducing vulnerabilities that may affect national security

B. Priorities for the development of the sectors in which Romania has competitive advantages

The pandemic and war shocks in Ukraine have highlighted many vulnerabilities that could be included in the first category, especially those related to dependence on external supply chains for raw materials, products and equipment of paramount importance to the population and the economy, such as in the field of health, energy and fuels, agri-food, communications, etc.

Regarding the second category, I would only mention that in my opinion we are again at a favorable time for the revision of the national strategy on economic sectors in which Romania has competitive advantages, a revision that must aim at adapting and improving structural policies. For example, the agricultural, food, IT and energy sectors.

The high value-added industrial sectors, although making significant contributions to growth, still play a modest role in the structure of the economy.

In order to alleviate the mentioned vulnerabilities and to support the sectors in which the Romanian exports are competitive, one of the determining factors is the financing of projects that would lead to the development and increase of the technologization. In addition to European or bank financing, we must also consider the Romanian capital market, because by its nature, the purpose of this market is to finance long-term business projects.

However, for this option to be viable, the Romanian capital market must continue its development path. In this regard, action should be taken not only by increasing the number of secondary public offerings for sale (listing of state-owned companies by selling existing packages of shares), but also by increasing the number of primary public offerings for sale (listing of newly issued packages of shares and bonds), which should bring to the stock exchange the largest possible and most diversified number of financial instruments.

Only through these market operations will companies be able to attract the new financial resources needed to implement their own projects and, implicitly, the capital market will be able to play a more important role in the development of the economy.

Also, in order to consolidate the Romanian capital market, it is vital to take steps to increase investor confidence in market mechanisms and rules and to reduce bureaucracy related to various obligations that fall on them.

Moreover, for the development of the food and energy industry we must not only refer to large financing projects, which require primary public offerings for sale and listing on the main market of the Bucharest Stock Exchange, but also to those of medium or higher level requiring other types of markets or financing mechanisms. Here, too, I am referring to the “growth markets” for SMEs or the financing mechanisms that complement public offerings – crowdfunding.

Thus, by developing these growth markets for SMEs and crowdfunding, smaller entrepreneurs can start new business projects or develop existing ones in the food industry (e.g. basic agricultural products processing plants) or in the energy industry (e.g. photovoltaic panels).

In conclusion, the Romanian capital market must play a more important role in financing the economy, and the new fiscal regulation, the existing development projects of the Bucharest Stock Exchange (Romanian Central Counterpart, possibly in the future and the growth market for SMEs), as well as the new draft legislation that will enter into force (the law on crowdfunding) create the necessary premises for the consolidation of the capital market.

I remember the favorable moment in the fall of 2019, when, following a long and sustained effort by the entire local capital market community, the international rating agency FTSE Russel announced that the Romanian capital market met the criteria to be promoted from the category of border markets to that of emerging secondary markets, a change that was actually implemented in exactly one year. At that time, the expectations and hopes were that the positive dynamics would continue at a similar pace and within another year the Romanian capital market would receive a similar confirmation from the other very important international agency, i.e. from MSCI. However, this has not yet happened, of course, we cannot ignore the difficult context of the last two years, which is now prolonged, as I mentioned at the very beginning, but it is very important that the community’s efforts continue in this direction. However, the consolidation of the market is necessary, so that the negative effects of the global economy are better managed, the capital market continues to perform its functions throughout the economy, and at a time when exogenous and cyclical pressures will diminish, to be able to resume its upward trend for the benefit of companies and investors.

Leonardo Badea (BNR): Cause and effect, the twin deficits and the debt burden