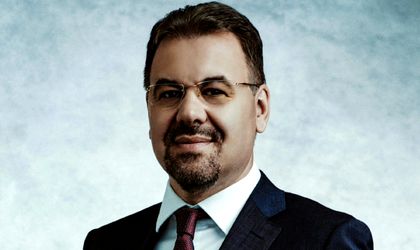 The problem of inequality is by no means new in human history. The study of its causes and effects as well as the search for means to combat it effectively and sustainably have long been important concerns of economists and public policy specialists. In the times we live in, deeply marked by imbalances at the level of social categories and at the international level between countries, accentuated recently by the deterioration of the global economic situation against the background of the shocks generated by multiple overlapping crises, the identification of solutions to alleviate this phenomenon is also among the priorities of global decision makers.

Inequality is generally associated with an uneven distribution of income, thus being linked to the gap between the rich and the poor. Inequality is therefore a multidimensional challenge, but the main concepts focus on issues such as income inequality (which refers to the way in which the income earned in an economy is distributed to the population) or inequality of opportunity.

In this context, against the background of the general tendency to increase these inequalities, a reassessment and adaptation of economic and social models and policies to the complexity and dynamics of the current global context is required, which will probably remain for a long time marked by fast developments (technological, for instance) and unpredictable ones (such as those generated by crises, wars, pandemics, etc.).

The prevention and, as far as possible, the reduction of inequality depends mainly on the policies, reforms, and actions undertaken at the level of each country, taking into account specific factors such as: the sectoral structure of the economy and the labor market, the institutional, legislative, fiscal, and social welfare system, etc.

That is precisely why I consider relevant an analysis of the latest developments in terms of regulation and policies at global level from the perspective of reducing inequalities and increasing solidarity and social equity, considering that the severity of crises and their multidimensional repercussions put a lot of pressure on countries, both economically and socially. This necessity increases in the context in which the world economy, which was already strongly affected by the effects of the pandemic, was further hit by a multitude of other shocks such as: an inflation above expectations at the international and European level, which imposed the tightening of financial conditions; a larger-than-anticipated slowdown in economic growth and, last but not least, the terrible human consequences of the war in Ukraine, including its indirect economic and social effects.

In the context mentioned above, I will refer in the following to some examples of how some developed economies, with robust tax systems, have addressed this problem by regulating and implementing complex packages of measures in the field of fiscal, economic, and social policy.

In the current conditions of the deterioration of the global economic situation and taking into account the inflationary trend, even the largest economies of the world are exposed to significant risks from the perspective of the slowdown of economic growth, the decrease of purchasing power, and the tightening of conditions on the financial markets. Moreover, taking into account the fact that some inflationary risks could be accentuated, for example against the background of the tensions in the oil and natural gas markets or those in the grain and food markets, it is natural that one of the main objectives of the decision-making factors worldwide to be linked to the mitigation of inflation.

In the US, since last year the authorities have sought to strengthen the effectiveness of the monetary policy to combat inflation through measures at the economic level grouped in the legislative package promoted under the name Inflation Prevention Act of 2021. It establishes a mode of action at the level of institutions involved in fiscal conduct for the situation in which the annualized rate of inflation exceeds a certain threshold. In principle, it is stipulated that the US Senate can no longer adopt, under certain conditions, legislative projects regarding budget corrections in the sense of supplementing expenses.

This law apparently did not have the expected effects from the perspective of inflation dynamics, so that in 2022 a new legislative package was initiated, called the Inflation Reduction Act. The new measures aimed at reducing inflation were passed by the US House of Representatives, on August 12, after having been previously approved by the US Senate on August 7, in the context of the reconciliation process to reduce the US federal budget deficit.

This legislative initiative confirms the important role in tempering inflation played by the reduction of the budget deficit and the mitigation, under conditions of economic rationality, of the tendency to increase the population’s expenses generated by the price advance. Also included are measures whereby large corporations and individuals with annual incomes above a certain ceiling contribute equitably to this effort. Several levels of economic policies and a wide range of reforms and investments are envisaged, such as:

As has been discussed in Romania for a very long time, the new legislative initiative promoted in the USA confirms the need for structural reforms and large-scale projects in representative sectors, such as energy or climate change, but also the financing and the promotion of programs for development in many other areas. It can also be observed that a major component of the legislative package aims to correct inequalities (the objective from which we started in the present analysis). I believe that the current legislative approach in the US is a recognition in practice that the tax and welfare system is one of the most important levers to combat income inequality. The redistribution of income is a desire of public policies in general, but in practice it is usually achieved through fiscal policy, through a better targeting of social programs, but also through the review and correction of laws that generate inequalities.

Returning a little closer to Romania, both geographically and in terms of economic and institutional models, on the European continent, another legislative package developed in the same international context regarding the need to combat inflation and suggestively named Pouvoir d’achat, was recently adopted in France, also in August of the current year and mainly considers three dimensions: protecting the standard of living of households, consumer protection, and energy sovereignty.

Germany’s recent experience shows that numerous topical objectives for public policies, for example that of reducing the impact on the environment or making the economy more efficient in the new international and technological context, can be achieved through packages of measures designed to have, even indirectly, beneficial effects for reducing inequality and combating the negative effects of inflation on disadvantaged categories of the population.

Thus, the German government subsidizes a number of measures taken to reduce the energy consumption of buildings, such as changing windows or installing a heat pump. In view of the tense energy situation and the climate crisis, the German government is acting for the rapid replacement of fossil technologies in the construction sector, turning to renewable energy sources and solutions to increase energy efficiency. In concrete terms, replacing old windows with better insulated ones is subsidized by 15%, and switching to a heat pump by up to 40% of its price. Optimizing the heating system is also subsidized by 15%. Estimates by the German Ministry of Climate Action show that, in total, funds will be allocated through the federal subsidy scheme for efficient buildings of around 13 to 14 billion EURO.

Beyond the positive effect on the environment and energy efficiency, these German government measures lead to lower costs for the population over time, providing protection against rising energy prices and falling purchase power generated by the advance of inflation, representing an important aid for the categories of people with low incomes and contributing to tempering the deepening of social inequality generated by the economic crisis.

Last but not least, at the level of the European Union, the social dimension is considered a priority of the response of European policies to the problems faced by the member states. NextGenerationEU (NGEU), initiated in the context of the European Multiannual Financial Framework (MFF) 2021-2027, can be considered a symbol and a model of solidarity and social equity at European level. The use of the instruments related to the European Commission’s Recovery and Resilience Mechanism, which is the central element of NextGenerationEU, allows the realization of extensive investments and reforms in sectors such as infrastructure, digitalization, health, education, etc., with concrete benefits for the economy, but also for citizens.

Seen from this perspective of social cohesion, the NGEU aims to reduce social inequalities and disparities, supporting far-reaching measures that promote social resilience at the level of EU Member States, through a series of mechanisms aiming, among others, to support inclusion, equity, and reduce social gaps.

Beyond all these aspects, the involvement of the human factor will have an important role, along with the level of education and the ability to understand economic realities, these being necessary to reduce the existing gaps, because as Plutarch said, “an imbalance between rich and poor is the oldest and most fatal ailment of all republics”. It is important to emphasize that in these moments of aggravation of overlapping crises, international solidarity through the use of an appropriate mix of public policies, in order to reduce development gaps, represents the most appropriate answer