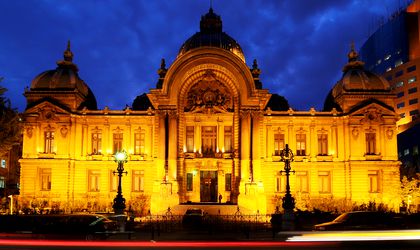 Inflation has been soaring, but the first signs of moderation have begun to appear and inflation expectations, although high, remain anchored. Further, recession is knocking on the door and reducing demand pressures. On the other hand, the labor market has never been so tight, supporting dynamic wage growth. Central banks in the region reacted promptly with substantial interest rate increases and paused only recently, according to a recent Erste Group Research Special Report titled “Is wage-price spiral a real threat for CEE?”

Surging commodity prices not only have a direct effect on inflation, reflected in double-digit headline numbers, but also on indirect inflation. The second round effects are likely to remain a concern for central banks over the next year, as the pass-through effects of the recent shock on the wage and price setting mechanism are likely to come only with a delay. Moreover, they potentially may lead to a wage-price spiral. In order to enter the spiral, several pre-conditions have to occur in the economies, however.

Inflation has, beyond doubt, skyrocketed in all CEE countries, hitting as high as 20% in Hungary in September. More importantly, inflation numbers keep surprising to the upside and double-digit readings are expected well into 1H2023. Although external factors should have a disinflationary character over the course of next year (easing oil and food prices alongside fewer supply chain disruptions), underlying demand pressures remain strong, as underpinned by core inflation entering double-digit growth dynamics as well. For the second-round effects to last, the degree of competition also matters, influencing firms’ pricing power and their ability to raise prices.

In response to soaring inflation, central banks moved forward with monetary tightening. Key interest rates went up by 5 percentage points in Romania, almost 7 percentage points in Czechia and Poland and more than 17 percentage points in Hungary. The labor market has never been so tight in the region, with unemployment rates at or close to historically low levels in most of the CEE countries. Low unemployment is moreover associated with a high vacancy rate. The structural aspects, such as a shrinking working age population or low retirement age, strengthen the position of workers in the bargaining process. Further, automatic wage indexation clauses make wageprice spirals more likely as well. Finally, an easy fiscal policy is another important factor, weakening the monetary authorities’ efforts to curb inflation.

Pre-conditions for wage-spiral to occur

In general, the pass-through effects of oil price shocks on wage and consumer price inflation have been found to be higher in emerging European economies than in advanced economies (Baba, Lee, 2022). However, before the wage-spiral occurs, some pre-conditions have to be met, as laid out by Boissay et al. 2022:

Inflation and inflation expectations are high

Inflation has, beyond doubt, skyrocketed, hitting as high as 20% in Hungary in September. Although the origins of the recent shock are mostly external (surge in energy and food prices), they cannot be entirely blamed for the recent price increases. The underlying demand pressure had been on the rise prior to the outbreak of the war in Ukraine, as evidenced by growing core inflation.

What is worrisome at this point is the fact that inflation numbers keep surprising to the upside and double-digit readings are expected well into 2023. The increase of energy costs is still ahead of many CEE countries and the development in Hungary is an example where inflation may accelerate once the electricity prices rise. Fortunately, inflation expectations of households have eased recently, as evidenced by consumer survey results (the balance of the answers to the question ‘How do you think consumer prices will change over the next 12 months?’). According to the IMF, the less anchored inflation expectations are, the stronger the monetary response should be to avoid ‘de-anchoring’ of expectations.

Looking beyond the adjustment of energy prices, over the course of the next year, external factors should have a disinflationary character (easing oil and food prices alongside fewer supply chain disruptions). On the other hand, core inflation has been elevated. From the perspective of a wage-price spiral, the pass-through effects tend to be stronger when the prevailing level of inflation is higher, and there should be little doubt that this has been the case for some time already. At that point, monetary policy comes into play.

As for credibility, some of the central banks in the region announced the end of interest rate hikes (Czechia, Hungary) or a pause in the tightening cycle (Poland). The monetary conditions can be affected through other tools such as reduction of central bank’s balance sheet via FX interventions in the case of the Czech Republic or stricter liquidity management and higher reserves requirements in the case of Hungary. Despite that, the Hungarian central bank was forced by the market to step in and raised the effective interest rate to 18% in mid-October. It seems that the commitment to bring inflation down is the key factor for sustaining the credibility of monetary authorities.

Another key factor determining the persistence of inflation is the labor market. Tight conditions (low unemployment rate, high vacancy rate) support inflationary pressure to persist as workers’ bargaining power is typically greater when labor demand is strong and the labor supply is tight (Boissay et al. 2022, BIS Bulletin). The structural aspects of the labor market in CEE, such as a shrinking working age population or low retirement age, tightens the supply of labor in the region, strengthening the position of workers in the bargaining process.

All in all, the labor market has never been tighter. Despite the pandemic, unemployment rates are at or close to historically low levels and vacancy rates have been increasing lately in many CEE countries. Employment has been growing, yet at a slower pace. Despite the worsening outlook, we have seen little sign of labor market deterioration so far. The expectations for the unemployment rate to increase (as evidenced by the balance of the responses to the survey question on whether you expect the unemployment rate to increase over the next 12 months) have been rising since the beginning of the year, however. The fear for employment may be a factor weakening the workers’ position in the bargaining process and cooling of wage inflation.

One trigger for a shift in regime could be nominal wage increases beyond price increases and productivity gains. Nominal wage growth increased more visibly in 2022 in Hungary, Poland and Romania and, between January and August, the growth was double-digit in the three countries. While in Poland and Romania the average inflation rate in that period remained marginally higher, in Hungary, nominal wage growth exceeded the inflation rate. In Slovakia, wage growth accelerated already in 2021 and this year it maintained dynamics close to 8% y/y (January-August average), while in Czechia the growth of wages has been sluggish compared to the peers, averaging close to 6% in the first half of this year. In Czechia, the real wage growth has been the most negative so far.

Further, according to the ECB, automatic wage indexation clauses make wage-price spirals more likely. However, in the region, full price indexation of public wages is not automatic unlike in case of public pensions where indexation is statutory by the law (except for Romania). In Poland, the minimum wage is going to be indexed twice in 2023, as, in the case of inflation above 5%, such a development is guaranteed by legislation. In other countries, such as Croatia, it is decided once a year by the government.

While central banks try to put down the inflation fire, governments have been intervening to provide compensation for surging energy costs. Although such help protects the most vulnerable (low-income households with a high share of housing costs), governments should be designing their support and target it very carefully to avoid any broad-based stimulus which could be pro-inflationary in its nature at the end.