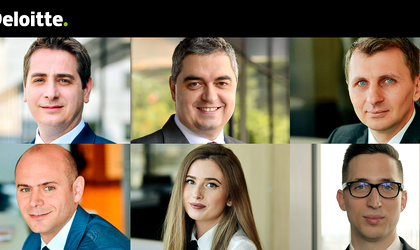 The loan will be used to partially finance the takeover of Exxon Mobile Exploration and Production Romania Limited (EMEPRL) shares, which account for 50% of the Neptun Deep Black Sea gas project. The loan facility was granted for a period of five years and is correlated with the overall financial performance of Romgaz.

“This agreement represents the first stage of financing necessary for Romgaz in the context of the Neptun Deep project and, following the completion of the acquisition transaction of EMEPRL shares, we will initiate the necessary formalities for ensuring the future financing needed by the Romgaz group for the development of the Neptun Deep project,” said Razvan Popescu, Economic Director, Romgaz.

“I would like to thank Romgaz management and their entire team, who trusted that we could contribute to obtaining this loan. Together, we worked both on the preparation of business plans and on the analysis and discussions with the bank. I believe that the Deloitte team specialized in assistance in obtaining financing has proven once again that nothing is too much or too difficult for us. The signing of this contract, which is probably one of the largest loan agreements concluded lately, shows that there is both a financing need and availability of funds, and that the Romanian market deserves all the attention from all the players,” said Radu Dumitrescu, Financial Advisory Partner-in-Charge, Deloitte Romania.

Romgaz announced that, after the completion of this transaction, aims to develop and exploit the deposits with commercial potential in the Neptun Deep perimeter in the shortest possible time and that additional financing will be needed for these stages.

The transaction following which Romgaz will take over the shares of ExxonMobil Exploration and Production Romania Limited was approved in December 2021 by the shareholders of the natural gas producer for a purchase price of $1.06 billion and is to be signed after obtaining the approval of the Extraordinary General Meeting of Shareholders on April 28, 2022. Its completion is subject to meeting certain conditions and is estimated for the second quarter of the year. Currently, the Black Sea Neptune Deep project, with deposits estimated at 42-84 billion cubic meters, is owned in equal shares by ExxonMobil and OMV Petrom.