CONFIDEX S2 2021 Study by Impetum Group: Strong warning signal coming from the Romanian managers. Their trust in the economy is decreasing and a return to recession is estimated. 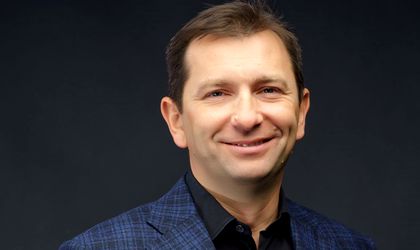 The managers’ trust in the Romanian economy has decreased to the level it held at the start of the pandemic, and the economic perspectives for the following months have declined: 41% of managers consider that the GDP will decrease (as compared to 17% in Q1 2021). The main concerns for the upcoming period are defined by labour shortages, the increase of raw material prices, and inflation growth, according to CONFIDEX S2 2021 results published by Impetum Group.

“The decrease of the CONFIDEX index to a similar level to the one at the beginning of the pandemic is set against the striking long-term effects of the Covid-19 crisis, such as supply chain disruptions with a direct effect on industrial production. There are also a few short-time effects, generated by the political crisis and by the 4th wave which damage labour perspectives. CONFIDEX S2 2021 shows us that not only have managers lost a large part of their trust in the economy, but that they are also expecting a possible return to recession, as shown by a very high percentage, 41% of managers. We basically understand the existence of two overlapping crises – the health one, and the perspective of a potential new economic crisis, where the economy is impacted by higher energy prices, an increase in the overall prices, and other direct effects of the health crisis. And the return from these crises is estimated within a timeframe of at least two years, maybe even for as long as three and a half years for the overall Romanian economy.” said Andrei Cionca, CEO & Co-founder Impetum Group.

As compared to the CONFIDEX Study at the beginning of 2021, we observe an involution in the managers’ state of mind and a strengthening of negative perceptions: a doubling in the percentage of those believing that the GDP will decrease (41% vs 17% in Q1 2021), an improvement of the number of those considering that the strength of the RON will decrease (86% vs 77% in Q1 2021), and an extension in the percentage of those who believe that the inflation will rise (92% vs 74% in Q1 2021). HORECA and Transport managers or those in companies with low turnovers are the most pessimistic. On the other hand, managers active in Services or in large companies are the most optimistic. Optimism is also low when it comes to predictions for the following 12 months. Only 1 manager out of 8 believes that the national economy will improve. On the other hand, 1 out of 5 managers considers that the global and European economies will have a positive trend over the next year.

“The top 3 concerns of entrepreneurs and managers, according to the CONFIDEX Study, are labour shortages, the increase of prices for raw materials, and the inflation rate. These have also been the main issues reported by the President of the European Central Bank, Christine Lagarde, during a speech in the European Parliament, considering these three aspects to be the cause for a slowdown in savings and the worsening perspectives within a short notice. Concerns also arise in the context of the inflation rate in the eurozone being the highest in the last 13 years. As for our country, managers note a labour crisis, for the very first time after the start of the pandemic, when many Romanians came back home. Also for the first time, the political context is also listed as a concern.” Andrei Cionca, CEO & Co-founder Impetum Group, also said. 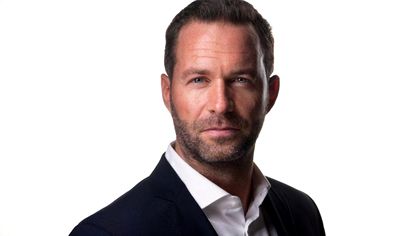 The state of mind indicator regarding the evolution of the national economy started from 4.4 in Q2 2020, stagnated in Q3 2020, has seen an increase up to 5 in Q1 2021, and is now back to 4.4. As compared to the previous editions of the CONFIDEX studies, there is a worsening in the state of mind of managers in most domains. Managers in Agriculture are back in the first place in terms of optimism, followed by Services, Manufacturing and Construction, and managers active in HORECA and Transport are still at the lowest average since the start of the pandemic and of the CONFIDEX study.

“The trust managers and entrepreneurs have in the economy has truly seen a considerable decrease. On the other hand, there are the opportunities which may arise during an economic crisis generated by the current market disfunctions, opportunities which can relate to market consolidation, the development of new partnerships whereby companies may reduce risks as much as possible and can make up for personnel resources by an efficient management, able to handle crisis situations.” concluded Andrei Cionca.

Managers have also created a hierarchy of identified opportunities, which they will stake on over the following period: domains where certain companies are active have also seen important increases due to the fact that the demand for their products has increased; other companies took advantage of this period to diversify their product range or to expand to other markets; the RRP and the other European funds are also an important opportunity for companies over the upcoming period.

The perception of economic recovery remains in a 2-year horizon for the European economy and for the activity sector or their own companies.

Started shortly after the beginning of the pandemic, CONFIDEX is measuring the trust Romanian managers have in the current economy and is meant to create actual landmarks and to support managers in making decisions adapted to reality.

CONFIDEX is the only study which has observed the companies’ T-zero moment and has monitored the state of the economy throughout the pandemic. Over 2,000 managers in Romania have answered in the five stages of research carried out so far. Respondent companies sum up to over 150,000 employees.

The CONFIDEX index is built by the aggregation of 29 items and measures the trust Romanian entrepreneurs and managers have in the economy, on a scale from 0 to 100 points.