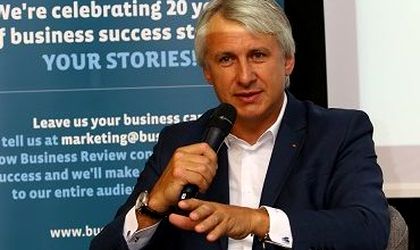 Finance minister Eugen Teodorovici said on Wednesday that the 7-month budget deficit is 1.26 percent of GDP, and that the budget execution will be published on Thursday on the ministry’s website.

“The 7-month deficit is 1.26 percent, which means we’re within the limits anticipated and approved by the Parliament and the government, so there shouldn’t be any risk element. Furthermore, with the revision you’ll see that the money for local authorities are included, for investments, until the end of this year. This government will never say no or “it can’t be done” when it comes to investments,” said Teodorovici.

He added that the budget execution looks good, even if it’s published a few days late – normally it should be published on the 25th of the month.

“ANAF made an important step in the direction we set out, namel increasing its collection rates. I said I would pay a lot of attention to VAT, excises, and customs taxes especially and that I wanted the plan passed through Law 2/2018, the budget law, to be followed to the last detail. I’m already seeing ANAF starting to move very well in this direction and we’re seeing a collection record since the beginning of the agency,” the minister also stated.