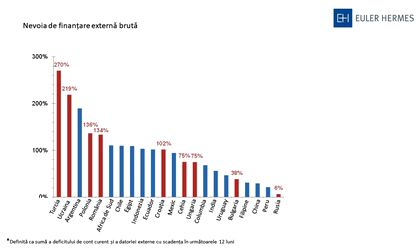 GDP growth enjoys a solid base around the world, but Romania’s inflation, the third highest in the region, was influenced by nominal wage growth in the first quarter, according to an analysis by Euler Hermes. And considering the current account deficit and the short term debt, Romania’s financing need is equal to 134 percent of the BNR’s foreign reserve.

Euler Hermes, a global leader in commercial credit insurance and a recognised specialist in collateral and debt collection through the Economic Research Department, presents the global economic outlook for the first half of this year and the developments in Eastern and Western Europe, North America, Latin America, Asia and Africa.

According to the latest macroeconomic developments, GDP growth enjoys a solid base, although different growth rates are observed at country level. The second quarter of 2018 was characterized by: higher than expected interest rates, higher commodity prices, and high (geopolitical) risk.

In most European countries, nominal wage growth has far outstripped productivity growth. Companies have absorbed higher wage costs by accepting lower profit margins, preferring to keep prices on products traded at the same level so far, limiting the impact on inflation. An exception to this trend is observed in Romania and Turkey, where inflation is currently outpacing estimates.

In May this year, inflation in Romania recorded a value of 5.4 percent (Chart 1). This weight was influenced by nominal wage growth in the first quarter, by 12.7 percent (Chart 2). The highest annual inflation rate of 12.1 percent was recorded in Turkey. This also contributed to a sharp depreciation of the currency. Hungary and Slovakia also recorded increases in the inflation rate of 2.8 percent and 2.6 percent respectively (Chart 1). 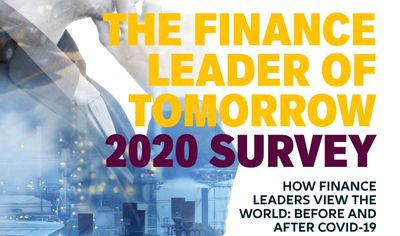 Globally, an economic growth of + 3.3 percent is estimated in 2018, compared with + 3.2 percent in 2017. Climate remains positive, but while US economic growth is projected to accelerate in 2018, as far as China is concerned, a slowdown is expected. Member states in the Euro area economy could decelerate in 2018 and 2019, reaching 2.1 percent and 1.9 percent, respectively, after rising 2.6 percent yoy in 2017.