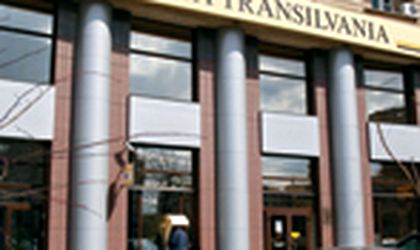 Of the three, CEC and BC have overtly been up for sale, but CEC's long-drawn-out privatization failed this year, and so has BC's philosophy “Everything's for sale, for the right price.”
On the contrary, BT has been playing hard to get and is still carrying on with this strategy, although there have been plenty of famed window-shoppers interested in it. The bank's short- and medium-term strategy does not include its potential sale at least until 2009, said shareholders. That is also when the state might reconsider CEC's privatization; therefore BC is now, at least theoretically, the sole player carrying a bull's eye target for interested investors. Bankers and analysts say they have few days left as domestic lenders.
“Local banks will be bought in the coming years. Depending on their size, I expect the local banks to be a target for acquisition, and if the shareholders are wise enough, they will sell. For a bank to stay alive and grow, they would need to inject a lot of capital into it. If they do not have those resources they will have to accept being bought out,” said Dan Pascariu, chairman of the board of directors with UniCredit-Tiriac Bank.
“None of the existing local players will survive except Eximbank, which will have to turn into a true agency promoting Romanian exports,” said Dragos Neacsu, financial advisory services director with Deloitte Romania.
Florin Citu, chief financial analyst with ING Bank, went further with predictions regarding local banks and said there would be no domestically-owned lenders in the system whatsoever in five years.
Mihai Bogza, chairman of the board of directors with Bancpost, was less categorical.
“Whether locally-owned banks will continue to be active on the market is highly dependent on the shareholders' ability to sustain their growth in the extremely competitive present environment. High expenses required by territorial expansion, the acquisition of high-quality IT systems and the capacity to generate resources at low costs and over the long term might not be at hand for all domestic shareholders,” said Bogza.
Before any takeovers take place, though, investors should consider what they would get for their money. With BT they would get a major-league player which plans to remain one of the industry's big guns for some time to come. They would also get a branch network that is planned to go over 400 this year, a rising market share of about 5 percent and the reputation of being the SMEs' bank. BT has also been a hit on the stock exchange since its listing and one of the most sought-after acquisitions in the country.
What investors might not get is the shareholders' nod for a sale.
“We have nothing in mind in this respect, neither the management, nor the council of administration. We are not considering any sale of the bank. What I can say is that we have been approached by many Tier 1 banks to see if the bank was up for sale,” said CEO Robert Rekkers.
With Banca Carpatica, investors would not have to worry about shareholders' full cooperation, but rather about the bank's profits, which are 30 times lower in the first quarter of 2007 than in the corresponding period of 2006. Most of the money went into expanding the branch network, which currently stands somewhere around 220 and implicitly into building up the current frail 0.7 market share.
The bank was priced at about EUR 125 million last year by majority shareholder Ilie Carabulea, who also announced plans to double the current market share by 2008.
Third option CEC is also a black-and-white alternative. On the good side, the bank has a last-generation IT system that is implemented in about 1,000 of its 1,400 branches, and big plans for the future that include upping the market share to 5 percent. Assets also grew 6.5 percent in the first quarter of this year against December, reaching EUR 2.2 billion.
On the bad side, the forever-lasting privatization talks that eventually led to the state's decision to rebuff the final bid and give investors another go at it in a few years' time caused CEC to put major investments on hold and growth on stand-by for a considerable period.
Still, investors should not lose all hope when faced with the three mixed blessings. There are chances that local entrepreneurs will realize, at some point, that banking is a very lucrative business and decide to start up a new bank.
“With time, I am certain that domestic entrepreneurs will start looking at the banking system again. If they adopt the appropriate market strategy, choose valuable managers and consider the investment a long-term business, in which profits do not come overnight but gradually, then we will have new domestic banks in the system,” said Bogza of Bancpost.