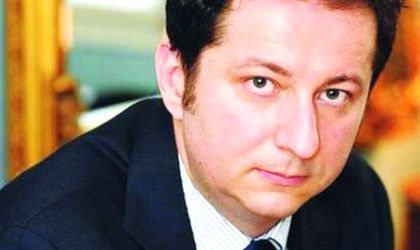 The private pension system had a positive development in the first quarter of 2019, and the statistical data for the first quarter of 2019 are eloquent: 7.79 million participants and RON 53.21 billion active assets under management, up 7.28 percent compared to December 2018, representing 5.5 percent of GDP, argues Dan Armeanu, vice-president of the Financial Supervision Authority – Private Pension System Sector.

“A decade after its inception, the private pension system proves the solidity and security of a mature market characterized by a consistent asset value and a critical mass of participants that ensure its long-term stability and sustainability,” said Dan Armeanu in a press release of the ASF.

In the first quarter of 2019, 59,800 people were randomly assigned or admitted to a privately managed pension fund, the percentage of people randomly assigned decreasing by about 45 percent compared to December 2018, indicating an increase in interest in the private pension system. During the same period 9,445 new stakes were added to the voluntary pension funds, which shows confidence in the system and an increased concern for the accumulation of long-term resources to supplement the retirement income, the source quoted.

Between January and June 2019 a number of 215 participants called for the payment of the contribution to be discontinued and their transfer to the first pension pillar.

“This number is insignificant and reflects the confidence that the private pension system enjoys, with the expression of an implicit option in favor of it. This confirms the understanding by the vast majority of employees of the need to diversify the source of retirement income with an accumulation component, as an alternative to the public pension system, by combining the redistributive system with the accumulated system, in order to reduce potential pension uncertainties,” said Armeanu.

In March 2019, the average value of an account for privately managed pension funds was RON 7,101, up 6.45 percent as compared to December 2019, while the same indicator was RON 4,788 for voluntary pension funds. The amount of the account is determined by the amount of the contribution and the contribution period. Higher average values ​​of Pillar II accounts were recorded among participants in the 35-39 age group, namely 19,677 for men and 18,571 for women. 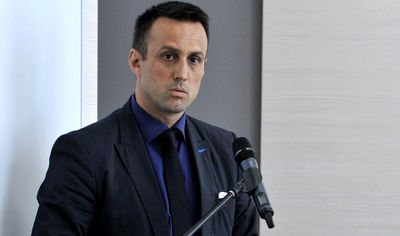 At the end of the first quarter of 2019, the structure of aggregate investments remained on a conservative line with prudent diversification, by investing in government securities of 61.30 percent in Pillar II pension funds, 58.34 percent in funds Pillar III pensions and share investments of 18.32 percent and 21.13 percent, respectively. A further 20 percent was attributed to other assets: bank deposits, corporate bonds, bonds issued by non-governmental foreign bodies, participation certificates, etc.

“The fact that 92 percent of Pillar II pension fund assets and 88.8 percent of the assets of the voluntary pension funds were denominated in RON highlights the contribution and importance of voluntary pension funds to the financing of the local economy, the circumstance of which indirectly benefits contributing to the pension funds. With the conditions of maintaining a balanced mix of investments to ensure security, liquidity and moderate to low risk, despite the high volatility recorded by the shares traded on the Bucharest Stock Exchange in the first quarter of the year 2019, the rate of return of the high-risk Pillar II pension fund was 2,4785 percent, while the weighted average rate of return for medium-risk funds was 2,8758 percent in March 2019. In the same reference period, the weighted average rate of return of Pillar III funds at risk high was 2.143 percent, and for those with medium risk was 1.599 percent,” said Armeanu.

According to him, in order to maintain a level of living close to the one he had in the active period, every citizen should also consider including participation in a voluntary pension fund for as long as possible.

“Another issue that concerns us involves the implementation of digital technology both in relation to potential participants for their complete and at any time information, as well as to simplify and improve the internal processes and the activity of the administrators in order to streamline the functioning of the private pension system,” said Armeanu.