Cristian Bichi, BNR: Tax on bank assets is different in Poland and Hungary 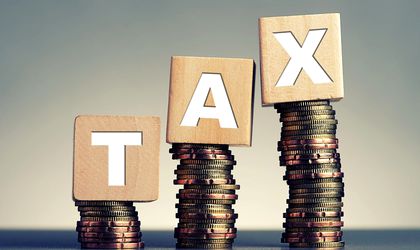 Romania, Poland and Hungary are the only countries in the European Union that collect an asset tax from banks, but in Poland and Hungary the taxation of banks and other financial institutions was based on the adoption of laws after consultation with the European Central Bank by the Hungarian Economy Ministry and the Polish Parliament, writes Cristian Bichi, advisor to the central bank governor, in an article published on the BNR Opinion blog, cited by Agerpres.

“In the European Union, the tax on bank asset exists, apart from Romania, in only two countries: Poland and Hungary. However, the taxing models applied are not identical, with the differences in design resulting in different consequences on banking institutions, but also on budgets. Hungary introduced a special tax on banks and other financial institutions in September 2010, which was designed as a crisis measure. The tax on the assets of banks and insurance companies in Poland entered into force in a much quieter context, in 2016,” writes Bichi.

On the other hand, in Poland and Hungary, the tax rate is not linked to a market index (in Romania, the government has decided that the financial assets of banks would be taxed in case of a ROBOR level higher than 2 percent) and a number of economic articles demonstrate the damaging nature of the link and advocate removing it, says Cristian Bichi.

“The study of the two countries’ experience shows that they do not link the tax rate to a market index. So we can state that the Romanian model is the only one of its kind at the European (and global) level. A growing number of economists are demonstrating the harmfulness of this link and advocate for its removal. In this context, it is worth mentioning the position of the Polish legislator, in order not to affect the monetary transmission process, provided for the deduction of the tax base of the assets acquired by the institutions paying the bank fees from the central bank and which is a guarantee for the refinancing credits provided by the latter. Also, we should look at the Polish approach to the situation of individual or weaker individual banks, which are subject to prudential supervision measures (eg capital increase). Another principle of this kind would be that small banks would benefit from certain facilities, as in Hungary and Poland, either in the form of a lower tax rate or in the form of taxation of the assets starting from a certain minimum level,” the article reads.

Bichi also points out that the level of taxation should not be excessive, thus hampering the process of raising own funds by taxpayers and reducing credit availability.

“In order to substantiate such options, another good practice principle would be for the competent authorities to make an impact assessment and consult with the banking industry and the relevant prudential control institutions,” the BNR governor’s advisor writes.

In Hungary, credit institutions, insurance companies, and other financial institutions are required to pay special tax.

“The special tax in Romania is calculated on the financial assets of credit institutions. In the other two countries, it is calculated according to the total of adjusted assets, with national legislation providing for a series of deductions, limits and exceptions”, shows the document.

Cristian Bichi writes about the opinion of the European Central Bank (ECB) provided to Hungary and Poland at their request. According to the ECB, the imposition of ad hoc taxes on banks for budgetary purposes must be preceded by a careful analysis of the potentially negative consequences for the banking sector in order to ensure that they do not lead to risks to financial stability and the credit granting process, which could adversely affect growth in the real economy.

“The ECB considers that the feasibility of a special tax on financial institutions needs to be considered in relation to the objectives of covering the public costs of bank failures and of reducing the risks these entities generate. Tax revenue is preferable to accumulated in an ex-ante guarantee scheme or resolution fund. Also, according to the ECB, the ad hoc taxation of banks for budgetary purposes must be preceded by a careful analysis of the potential negative consequences for the banking sector, to ensure that they do not lead to risks to financial stability and the credit granting process that could adversely affect growth in the real economy. Such effects could make banks offer less favorable terms to their clients when providing loans and services and encouraging Some banks may reduce your activities, leading to a reduction in credit availability. In view of these concerns, the ECB has recommended the authorities in the two countries to carry out a comprehensive impact assessment on the proposed tax measures,” said Bichi.