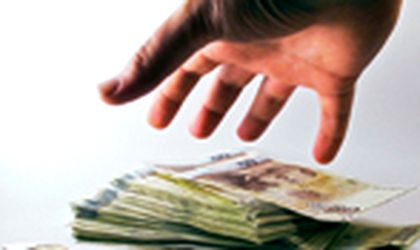 The falls on the local capital market have swept away stock market players' dreams of high returns on their investments. For minority shareholders in listed companies there is still a chance for consistent revenues this year. Under the current capital market legislation, when any individual or group acquire 33 percent of a company or exceeds a 50 percent stake, a compulsory public offering (OPP) on a two-month term becomes mandatory.
The sticking point between the minority and majority shareholders comes when calculating the 33 percent share package. According to the legislation, this calculation includes both direct and indirect possessions.
Currently, the National Securities Commission (CNVM) has put on the discussion table a draft law that brings a particular interpretation of the concept of direct holdings. Briefly, “All companies that own more than 33 percent of listed companies, even indirectly, after January 2007 come under the jurisdiction of this new project,” Victor Stanila, CNVM spokesperson, told Business Review.
To understand more clearly, let's take the recent example of the Austrian automotive company Porsche. Through the acquisition of Volkswagen's majority package, Porsche became the indirect majority shareholder in Scania AB (whose majority shareholder is Volkswagen) and is thus obliged to launch an OPP.

Rompetrol rejects OPP for minority shareholders
One of the businesses that could be affected by the CNVM's new stipulations is oil giant Rompetrol. Company officials say that the current form of the CNVM project will have a negative impact on the majority and minority stake holders, by changing the functioning rules of the capital market.
“The proposed changes will affect the majority companies listed on the Bucharest Stock Exchange (BSE), by forcing the shareholders that own a 33 percent stake to initiate public offerings, according to the CNVM changes, and not the ones that obtain this percentage, according to the European directive adopted by Romanian legislation as well,” said Rompetrol officials.
They added that the transaction between Rompetrol Holding and KazMunaiGaz for the takeover of a 75 percent stake in Rompetrol Group NV was done in 2007 and was approved by all the necessary authorities.
“Taking this into consideration, the new majority shareholder of Rompetrol Group cannot be forced to initiate public takeover offerings for Rompetrol Rafinare and Rompetrol Well Services, as this obligation isn't stipulated in the Romanian legislation,” said Rompetrol representatives.
The oil firm's statement comes after QVT Fund, minority shareholder in Rompetrol Rafinare, last year asked the CNVM to apply the law to all minority shareholders and force the Rompetrol majority shareholder to initiate the OPP.
“We haven't yet had an answer to the request we made to the CNVM. We will have to see what offer price is established, under this new project, and the CNVM will have to submit an individual administrative act in the Rompetrol case. Rompetrol was supposed to have made the public offer in January of last year. If the firm now makes a public takeover offering, the majority shareholder will not pay the interest for this period of time,” said Cristian Dutescu, the lawyer representing QVT Fund.

Investor reaction
The Capital Market Investors' Association (AIPC) said that the CNVM's clarifications were just a late attempt to fix the legislation. “The purpose of the European directive is to enable minority shareholders to withdraw from a company at the same price at which the acquisition of the 33 percent stake was made by another shareholder,” Dumitru Beze, president of the AIPC, told BR.
According to him, the CNVM's obligation is to fine any majority shareholders who refuse to initiate the OPP with up to 5 percent of the share capital and to summon them to place these offers.
But why have majority shareholders not initiated OPPs by now, and why hasn't the CNVM intervened?
“The stock exchange was riding the wave. Investors didn't complain very much because they could have obtained a much better price from the market than from the OPP and some of them would not have even sold. Despite this, the law hasn't been applied and this is a fact,” said Beze.

Effects on the market
With the March 26 deadline for submitting observations on this project rapidly nearing, relations between minority and majority shareholders have become tenser. Capital market specialists believe that the negative long-term effects will be overshadowed by the financial benefits on the short term.
“If this project is approved in the form proposed by the CNVM, on the short term it will confer advantages, because the mandatory public offerings which should come from the majority stake holders would have to be done at higher prices than those on the market. On the long-run these new clarifications could have negative effects, because they might lead to exits from the stock exchange,” Andreea Gheorghe, chief analyst with Intercapital Invest, told BR.
Property Fund (FP) officials also told BR what the effects of these changes would be for them. “The FP will outline all financial situations, according to capital market rules. We believe that changing recording depreciation in the value of assets on the balance sheet (and not through the profit and loss account) leads to a real reflection of the assets situation and of the results obtained. These modification will reflect a net profit correlated with operational profit and of course dividend allocation,” said FP officials.
Some top companies in the market, like Generali Holding and Sanofi-Aventis have already expressed their intention to comply with the European directive and domestic regulations after the Ardaf and Sicomed takeovers. It is a first step on the road to a solution.