CEE’s digital economy grew twice as fast during COVID-19 lockdown as it did in 2017–2019, with Romania a strong contributor 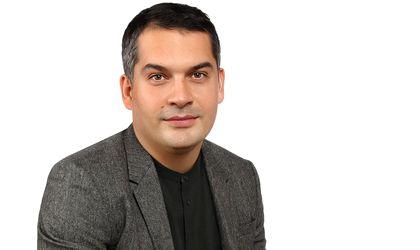 During the first five months of the COVID-19 pandemic, the digital economy in Central and Eastern Europe (CEE) grew almost twice as fast as it did in the prior two years, according to McKinsey’s latest report, Digital Challengers in the next normal. Central and Eastern Europe on a path to digitally-led growth. Romania experienced a slightly smaller boost during the same interval. McKinsey estimates that between January and May 2020 the digital economy in CEE grew at more than 14% and captured 78%, or EUR 5.3 billion, of the increase seen in the whole of 2019.

In 2018 McKinsey published a series of reports on the rise of “Digital Challengers” across CEE. The analysis examined ten countries: Bulgaria, Croatia, the Czech Republic, Hungary, Latvia, Lithuania, Poland, Romania, Slovakia, and Slovenia. Those countries can be considered “Digital Challengers” as they demonstrate strong digital growth potential and the ability to emulate the success of “Digital Frontrunners”—a group of countries in Northern Europe with high digitization rates.

According to the research published 2 years ago, robust digitization in the region had a potential to contribute EUR 200 billion of additional GDP by 2025. New McKinsey analysis on the same groups of countries suggests that between 2017 and 2019, the digital economy in CEE grew by almost  8% per year, while in Romania the growth rate was even higher, namely 11% per year. In 2019, the size of the CEE digital economy surpassed by roughly 2% the previously forecasted “business-as-usual” scenario, reaching a value of around EUR 94 billion. In Romania’s case, the size of the digital economy was EUR 16.6 billion, up by EUR 473 million compared to our initial scenario. However, the “Digital Frontrunners” from Northern Europe managed to grow even faster, widening the gap to CEE.

“The CEE region has an additional digital growth potential and Romania has considerable traction in boosting it. We are regional frontrunners regarding the digital infrastructure and its affordability. We have a vibrant technology ecosystem populated by two unicorns, a large pool of talent and a significant share of digitally engaged users. By continuing to focus on these competitive advantages and on digital transformations which became essential during this period, the entire region as a whole will benefit,” explained Alexandru Filip, Managing Partner at McKinsey & Company’s Bucharest Office, and Leader of the firm’s Digital and Analytics Practice in Central Europe, as well as one of the contributors to the Digital Challengers report.

As the McKinsey survey shows, almost 12 million new users of online services appeared in CEE—more than the population of Slovakia, Croatia and Slovenia put together. Of them, 3.4 million, or roughly 30% of the new digital users pool, originate from Romania. Notably, the strongest growth was observed among consumers aged over 65 throughout the region. Around 70% of respondents claim they will continue to use new services digitally after the pandemic.

Additionally, according to 2020 McKinsey report, the region has the foundations in place for further digitization in the next normal. They include strong macroeconomic performance: GDP per capita increase by 115% in the period 2004–2019, while Romania reported a GDP per capita growth by 147% during the same time interval. The CEE countries also benefit from a high-quality and affordable digital infrastructure, with 92%  of populated areas covered by 4G, mainly due to improvements in Romania, Croatia, Bulgaria and Slovakia. In addition, in most Digital Challenger markets, the amount spent on broadband represents a smaller share of household earnings than in Digital Frontrunner markets, with Romania leading with the highest score.

This considerable digital growth potential of CEE is also strongly supported by   unicorns worth around EUR 31 billion. They mainly stem from Poland and Romania, each with two such companies. Moreover, Romania led the way in terms of total venture capital invested in the region, largely driven by financing rounds for UiPath.

The region also boasts good primary and secondary education systems, as well as a large talent pool with 216,000 graduates in STEM subjects (science, technology, engineering, mathematics) in 2018. Out of them, 35,500 are from Romania.

Taking additional action in order to realize the digital potential is of the utmost importance for all stakeholders in CEE countries. For a successful digital transformation in the next normal, the McKinsey report recommends that enterprises take a holistic approach by digitizing customer interactions, optimizing operations, and modernizing IT.

In light of the rapid migration of consumers to digital technologies driven by the COVID-19 pandemic, policymakers might consider bringing more public services online and creating a digital ecosystem in which individuals and businesses can thrive. They can do this by supporting entrepreneurship, creating incentives for SMEs to digitize and cooperating with “tech clusters”—sectors that enhance the competitiveness of the region.

“It is also important to boost collaboration on the CEE level to drive the digital agenda and tap into the potential of a single digital market. Together, Digital Challengers represent 100 million citizens and EUR 1.5 trillion in GDP, making them the equivalent of the twelfth-largest economy in the world. Today, the CEE region has an opportunity to capture the momentum for future growth. We should all ensure that businesses and the public sector in individual countries are now managing to digitize as fast as their populations”, concluded Jurica Novak, Managing Partner in Central Europe at McKinsey and a lead report author.