CEC strives to bite a piece of the pie 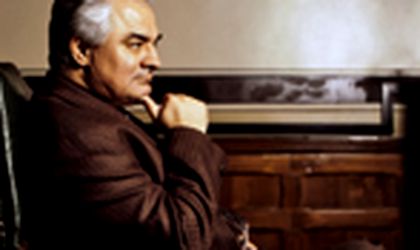 What do you think of the government's decision to cancel the privatization of CEC?
First of all, I do not think we are talking about a general cancellation of the process; it is rather a postponement and possibly a change in strategy. I think that under the circumstances, it was a wise decision.

When do you expect the privatization to be resumed?
I would not expect any discussion about privatization before this fall and effective steps will probably be taken next year. I would expect a solution other than that of a strategic investor. We could sell a few shares to EBRD and IFC or we could try an IPO. Both of them are feasible in my opinion.

Which of the two solutions would you prefer?
I think that having the EBRD and IFC in the shareholder structure would not be such a good idea.

What is the total sum that CEC must pay to cover the expenses of Privatization Commission members?
It has covered these expenses already. The exact amount is information for which I would refer you to the Ministry of Finance rather than to us.

You have stated that CEC will focus on the retail and SME segments in the future. What steps will you take in that direction this year?
We are going to conclude the IT development of the bank. Toward the end of this quarter, the Disaster Recovery Center will be fully operational. Once this step is completed, we could say that the IT is fully in place.
We are going to free up a certain number of employees, who could be redirected toward customers. About 200-400 accountants could be redeployed into more client-oriented activities.
Additionally, we are going to develop a few business lines which were either underutilized or absent altogether. One is extending forex loans to SMEs. We are going to increase external resources to finance SMEs, but we may also launch loans in forex to individuals, this is yet to be discussed further.
This is one direction; the other one is e-banking.
We started developing procedures for e-banking, and it will be in place in the first half of this year.
Up to now, we talked about steps we need to take to catch up. There is a line of business where I think we could get an edge and I think this is in the cards business. Even if we don't have so many cards – we have about 200,000 cards now – we reached these figures in less than a year and the growth rate is very significant. In the second half of the year we intend to expand our services to comprise cards with chips which will make us one of the few providers on the market of this type of card.
Aside from developments in the business side of the bank, I think that staff training is crucially important. We are now very far from where the bank was two years ago. Now all of our employees, except for drivers and cleaning staff, have their own computers. Most of them are online.

Will CEC take an active role in financing the agriculture sector?
It already has. I think that 17 percent of our loan portfolio is in agriculture. However, I am not that interested in agriculture as such, but in rural development. We support our customers to develop other lines of business in villages. The next loan that we are going to get from EBRD is going to be directed at SMEs in rural areas.

Aside from this initiative with the EBRD, how will you make effective use of the 800 CEC offices in rural areas?
We are already part of the “Fermierul” program launched last year and intend to stay in this field. Besides, we have arrangements with the Agency for Payments and Interventions in Agriculture (APIA) to distribute money in the rural locations supported by them.
Rural branches are not the main focus for us at this moment. Their share of total business is probably about 10 percent and I do not think that we should devote that much time to 10 percent of the business.

Do you plan on opening any new offices or do you plan on closing some of those you have in 2007?
There is not a single week in which an office is not opened, closed, or upgraded. This year, the changes are going to be more obvious to everyone. In the second half of the year it will become more evident that the appearance of our branches will not be as ‘dusty' as it is at this moment in time.

Are you considering the prime minister's suggestion of transforming CEC into a bank that finances young people who wish to buy homes or people on low income?
One of the plans that we have is related to the part about homes, but I refrain from saying too much at this juncture, because we need to advance a bit more before we let everyone know about our plans.

But do you think that what the prime minister suggests is profitable for CEC?
Yes, it is profitable. We do not provide social services as such. We have a business. A business is by definition something that makes a profit.

Is the capital infusion granted by the administration enough to cover CEC's needs?
For this year, yes, and for part of next year as well. I think that this level of capital could be absolutely sufficient for the next 18 months. We are going to have an investment plan which will use a part of this capital increase.

Have you been informed of any changes that might be effected in the in the management of CEC?
No so far. I do not expect any special announcement. We were appointed two years ago in order to restructure the bank, to make it a viable entity. Now the bank is a viable entity. In some respects, I would say that we did our job. Any change in the management is something that our owner should decide. By then, we are going to continue our long-term plans.

How will you increase CEC's market share in 2007?
By using the bank's fantastic network more extensively. We have new products, new business lines and our managers around the country have pretty steep targets. Their earnings are indexed to their performance, so they had better reach their targets.
For example, we started from virtually zero for the non-personal loans sector. I think that we are now at about 2.5 percent of the market. To reach 2.5 percent in a market that is very competitive shows that we are there and we are starting to bite.
We do not want to be excessively fast, we cannot afford to be excessively slow. But the opportunities are there and we are here to grab them.