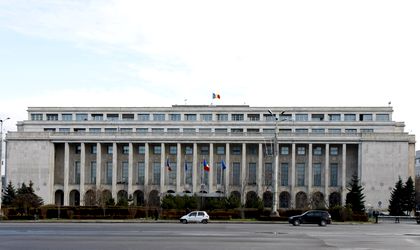 The Romanian government has many budget expenditures to be funded (support for entrepreneurs affected by the pandemic, education and health measures in the context of Covid-19), so a debate is needed on the solutions needed in the short and medium term to increase budget revenues. Four economic and fiscal solutions could be take in consideration in order to increase public budget.

Romanian entrepreneurs and managers expect results in exchange for taxes paid and rely on a digitalised tax administration. A clear desire of the business environment is the adoption of clear measures for the digitalisation and reducing red tape, including the fiscal one, which practically translates into a process of increasing budget revenues. For example, the digital transformation of the tax administration and the state treasury would have as main effects the elimination of travel, queues at the physical counter and their transformation into clicks on electronic devices, but also a better collection of taxes, a lower rate. of tax evasion, efficiency and debirocratisation of institutions. What does this mean for the Romanian state? Increasing budget revenues.

Ultimately, the state needs to reduce the budget deficit, estimated at 9.8% of GDP in 2020 by the Fiscal Council, and this can be done either by streamlining public spending or by increasing revenue collection from the state budget, which is possible in the conditions for implementing the announced measures regarding the digitalisation of the tax administration

The oil and gas sector can make a significant contribution to economic recovery through large-scale projects, such as the exploitation of oil reserves in the Black Sea. According to the business environment, such as the Concordia Employers’ Confederation, the development of offshore production projects would bring benefits with wide effects in the Romanian economy, generating substantial revenues to the state budget and tens of thousands of jobs, in addition to ensuring security national energy sources. In addition, some of the money from offshore gas could be used for investment, for example by funding privately managed pension funds (Pillar II).

The engine of a competitive economy is investment in the private sector, and increasing the role of the private sector in the economy is possible through privatization or private administration of state-owned companies. Implementing efficient management in public companies is not enough! To increase budget revenues since 2021, the state can list a number of companies in which it is a shareholder as early as this year. And this process may be accompanied by the restructuring of loss-making companies and the elimination of subsidies. A first step has already been taken: the law on the non-alienation of state-owned shares in national companies will be repealed, a positive sign for the capital market, in the sense of attracting new foreign investment in Romania.

Foreign investments have had a consistent contribution to the development of the Romanian economy in the last 21 years and which, in my opinion, should be on the radar of decision makers and large private organisations in Romania today. It is known that foreign investment supports the increase of revenues to the state budget due to the emergence of new taxpayers in the economy of the country hosting the new strategic and financial investors. Even if certain tax incentives or state aid are granted, budget revenues increase as a result of increased payroll tax revenues.

Two important indicators that we must constantly look at are the volume of foreign direct investment and the value of the share capital subscribed in new companies with foreign participation, which reflects the attractiveness of the Romanian business environment and the perception of foreign investors.