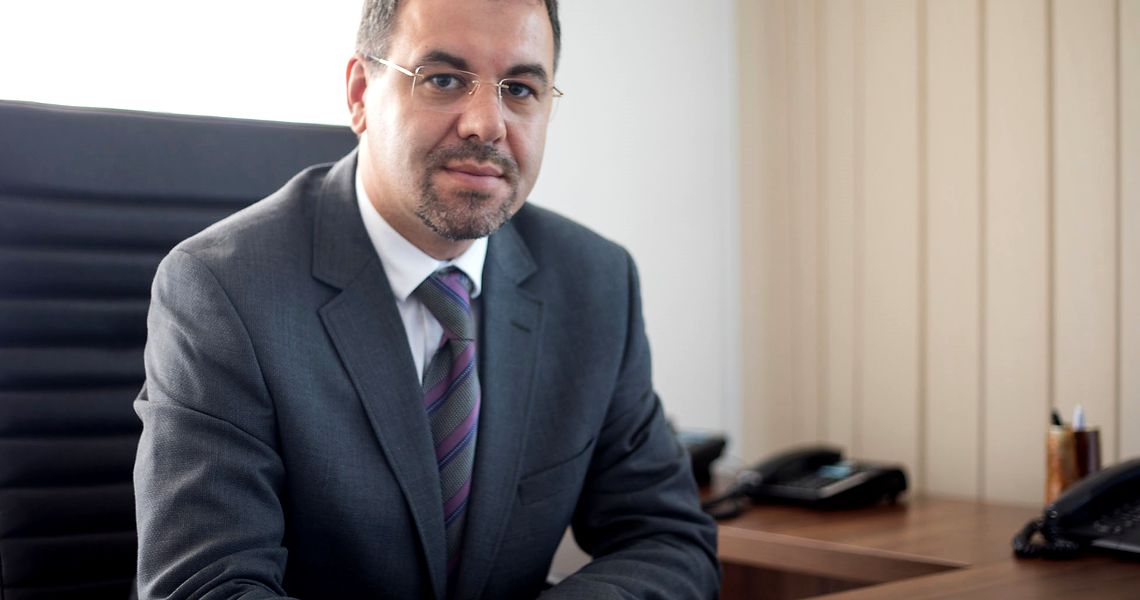 Leonardo Badea, the president of the Financial Supervisory Authority (ASF), told Business Review that the local capital market overcame the turbulence registered at the end of last year and registered during the first half of this year a robust growth rate sustained mainly by the higher dividends and improved financial results.

However, Badea points out that the local capital market needs “fresh blood” under the form of new IPOs of state-owned and private companies, arguing that without big issuers and educated investors, we cannot talk about sustainable capital market development.

How do you appreciate the contribution of the ASF to the Presidency of the Council of the European Union exercised by Romania between January and June 2019?

This is a first important aspect that highlights the good collaboration relationships that the ASF has had with the government representatives who coordinated this activity. As you all know, on June 30th, the six-month period in which Romania exercised the Presidency of the Council of the EU ended.

During this period, the Romanian representatives did a good job, so that, at the end of the Romanian Presidency, Donald Tusk, the President of the European Council, appreciated the adoption of 90 legislative dossiers as “impressive”.

For the non-banking financial area under the auspices of the ASF, 12 dossiers were approved (ie 9 dossiers by political agreement, 1 dossier by general agreement and 2 dossiers through negotiation).

Thus, about 15 percent of the total number of dossiers approved during the 6 months of the Romanian Presidency concerned areas under the competence of the ASF. As a result of the debates and the agreements concluded on these subjects, 17 legislative acts resulted.

Among the most important cases where the authority was involved in reaching an agreement, I mention the one for the Pan-European Private Pensions Product, SME Financing on the Capital Market, and Cross-border Distribution of Investment Funds.

How do you comment on the European and local Macroeconomic framework?

When looking at the current economic model of Romania, we notice that it is characterized by the return of positive territory investments and the relative intensification of private consumption, the main determinant of economic expansion, amid an increase in the external deficit.

It is noted that the EU and the euro area economies, the annual growth rate stood at 1.5 percent and 1.2 percent respectively in Q1 2019, but the quarter-on-quarter rate accelerated (0.5 percent and 0.4 percent), figures over the market expectations.

The European Commission’s winter economic forecasts indicate continued sustainable growth in the EU and the eurozone, but a slight slowdown in 2019 amid the influence of international trade tensions as well as the uncertainties created by Brexit and the new legislative elections in the current year.

If we look at the figures for Romania, the economic growth in the first quarter of 2019 was confirmed at 5 percent, but the value of GDP was downwardly revised by RON 2.46 billion, mainly due to revaluation of net taxes on product, according to INS.

Moreover, macroeconomic balances are safe in the medium term, according to the latest forecasts, but there is a need to curb deficits.

In this respect, the sustainability of the indebtedness rate is ensured in the medium term, the share of external debt in GDP (50.7 percent – April 2019) following a decreasing trend over the last 12 months (51.8 percent – April 2018).

The European capital market is currently less affected by the US-China trade war and is more concerned with the Brexit. In the case of a hard Brexit, the effects on foreign markets will diminish the capitalization of the Romanian capital market as foreign investors will withdraw from riskier markets. The trend of the STOXX600 index continued to increase in June, while the index is at a balanced level.

How has the capital market evolved in Romania at the end of 2018 and this year?

At the end of last year, the Bucharest Stock Exchange went through a brief moment of convulsions, but it went back on track. In the first quarter of 2019, stock market indices showed significant increases in returns over the previous quarter.

All the Romanian stock market indices registered positive evolutions in the first quarter of 2019 as compared to December 31, 2018. The BET index, a benchmark measuring the most traded companies on the regulated market of the BSE, registered a 9 percent increase at March 31, 2019, compared to the end of 2018.

The BET-NG index, which reflects the evolution of the listed energy and utilities companies on the regulated market of BSE, ended the first quarter of 2019 with the highest increase, of 14 percent.

The capital market grew strongly in the first half of the year, mainly due to two reasons: the dividends and the results of the Romanian companies.

At the same time, Romania has rallied to the upward trend registered on international markets, which has contributed to this growth. At international level, all the indices analyzed also recorded increases.

Moreover, the daily volatility on the Romanian stock market remained low compared to the one recorded in December, as it is also influenced by the fact that even in the case of developed markets (eg the USA) there is a decrease in volatility.

A proxy for the interest of the population in the capital market can be considered as open-end investment funds, which are an alternative to the banking market.

The net asset value of open-ended equity funds has steadily increased over the last period amid the search for yields higher than bank deposits and continued to grow and in July 2019 to RON 1.303 billion. In June 2019, the total assets of open private equity funds increased by about 2.9 percent over the previous month.

If we look at how much the investors pay for the expected next year compared to another market, which can be understood in relation to the quest for return on different markets (this convergence of the indicator – relative P/E ratio) it is observed that in June 2019, the ratio was still lower than 1, indicating that the Romanian capital market was more attractive compared to other East European countries.

What is happening with the life insurance segment in Romania?

The insurers accumulated gross premiums written in the first quarter of 2019 worth RON 2.71 billion, up 7.4 percent against March 31, 2018. The consolidating trend in the life insurance segment continued to intensify during the first three months of 2019 (increase rate of 8.75 percent over the same period of last year).

A change especially during the last two years (2017-2018) is the consolidation of the life insurance segment, which rose by over 4 percent in 2018 compared to the previous year.

In the first quarter of 2019, the positive dynamics of this sector continued and the volume of gross premiums written remained at the highest level in the last period. 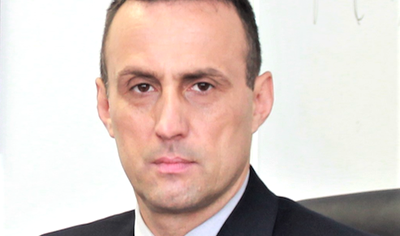 Read more about
Valentin Ionescu (ASF): There is still a high degree of uncertainty that hovers around the future evolution of economic activities, the recovery also depending on the good management of the health crisis
read more

How do you appreciate the evolution of the private pension system in Romania?

7.31 million participants were registered in the privately managed pension scheme at the end of March 2019, with an advance of 0.81 percent as compared to the end of 2018.

An important aspect for the private pension system was the issuance of the Emergency Decree no. 38 to amend of Government Emergency Decree no. 28/2013 approving the National Program of Local Development and amending and completing the Law no. 411/2004 on privately managed pension funds, which amended the minimum social capital requirements for the administration of a pension fund.

In addition to the abovementioned amendments, by Emergency Decree no. 38/2019 allows pension fund administrators to invest the assets of the private pension fund in the following new financial instruments:

– shares and bonds issued by the project companies set up under Government Emergency Decree no. 39/2018 regarding the public-private partnership, with subsequent modifications and additions, or infrastructure funds specialized in infrastructure, up to 15 percent of the total value of the assets of the pension fund;

All of these changes broaden the spectrum of investments available to private pension fund managers, contributing to their development and at the same time ensuring a high level of safety for participants.

What are, in your opinion, the main factors that could boost the capital market transactions in Romania?

The idea is simple: we need new IPOs. And I mean here both state-owned companies and private companies. Undoubtedly, the BSE needs fresh blood. The capital market can be an important source of financing for the business of companies.

With strong issuers in the stock market, I am convinced that there will be both strategic and retail investors who will be eager to invest in the Romanian capital market.

At the same time, we must continue our financial education campaigns at full speed in order to be sure that people realize that the stock market can be a viable alternative to investing.

Without big issuers and educated investors, we cannot talk about sustainable capital market development. Also, the creation of new institutions – such as the CCP project that we support – can greatly contribute to the stability and evolution of this market.

For a long time, we have been talking about the great potential of the insurance market in Romania. When will we talk about its maturity?

I would say that at this moment the insurance market in Romania is in balance.

Even though car insurance currently has a significant share in the total market, the health insurance segment has grown significantly over the past two years.

For example, last year gross premiums written for this category amounted to approximately RON 335 million, up by approximately 60 percent over the previous year.

These developments indicate that things are starting to move. It is true that the growth rate of non-compulsory insurance is relatively slow, but I think the trend is clear.

In order to achieve maturity, concerted effort is needed from all the actors in this market. Mentalities need to be changed, the way insurance companies and brokers are working, the degree of financial education of the population needs to be improved.

Both our Authority and the entities in the market have responsibilities in this regard. I hope that in the coming years we will have an improved picture of the insurance market and we will talk about a market whose dependence on compulsory insurance will drop significantly.

Last year we celebrated the five-year anniversary of the establishment of the ASF. Throughout this period, the Authority has gone through the natural steps of a newly established institution. We have crossed construction and reconstruction periods, but we have always sought to meet market needs and protect consumers’ rights and interests as effectively as possible.

I believe that 2018 was a year of stability, a year in which we were able to decode the results of the sustained work we have submitted with my colleagues, members of the Council and employees of the Authority.

Euroins Romania is getting support from its shareholder for RON 275 million and...