BR Analysis. How the Lehman collapse changed the banking system in Romania and across the globe 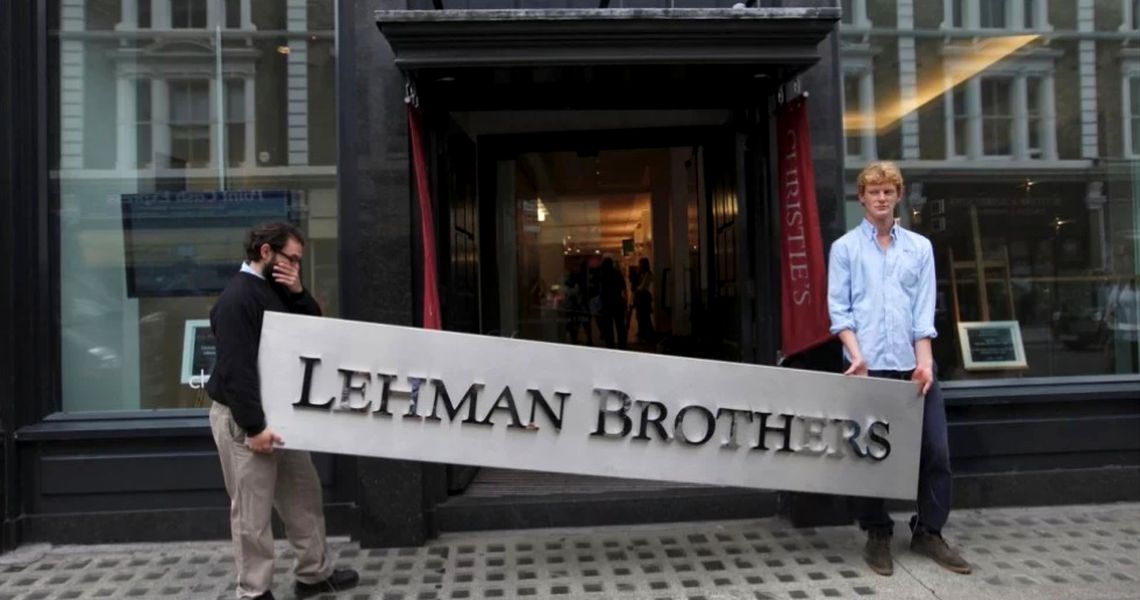 Ten years ago, one of the oldest and prestigious bank in the US, Lehman Brothers, collapsed and world’s credit markets froze with fear. Ten years later, there is a fierce debate about the way Lehman’s collapse changed the world’s banking system, including in Romania.

Lehman Brothers is now used synonymously with everything to do with the financial crisis of 2007-08.

According to business-standard.com, “it is significant not only because it turned out to be the only institution which was allowed to fail even as the others were merged or provided support by the US Federal Reserve, but also because the way the financial systems governed changed drastically after its fall”.

But since Lehman’s collapse, four things have changed.

“First, regulation has become the buzzword and the range of activities outside the banking system has now been regulated in all mature markets. Investment banking in particular, which was the epicenter of the crisis, is no longer unregulated, while the banking systems have come in for closer scrutiny of the central banks,” the same publication notes.

Second, Basel-based Bank for International Settlements (BIS) has come with Basel-III standards, which is now focused also on the liquidity of banks. This was not the case earlier.

Third, central banks have become more open to stepping in immediately and lowering interest rates and providing recourse through finance.

“Lastly, the concept of financial engineering which gained currency in the heyday has no longer the same gleam, as there has been a rising suspicion on the concept of structured products, which are now being closely monitored by central banks to ensure that bubbles are not created,” business-standard.com indicates.

According to The Economist, “the fall of Lehman was not the beginning of the global financial crisis, nor the moment when risks were highest: that came in the days and weeks that followed, as more and more institutions started to teeter.”

But more important, it was the point at which the previously unthinkable became real.

“A big bank with a portfolio of dodgy securities that dwarfed its capital could no longer fund itself—and it was allowed to fail. The world’s credit markets froze with fear,” the international economic journal says.

But other commentators think not enough changed. In the US, the banking system looks a lot more solid than it was in 2007-08 according to some metrics.

But in other ways it’s almost as dysfunctional as ever, and possibly more so,” The New Yorker wrote in a recent article.

“The problems going into 2007-08 can be summarized under four headings: excessive borrowing, flawed compensation structures, weak regulation, and moral hazard. In each of these areas, some necessary reforms have been introduced, but they haven’t gone far enough. As a result, there’s still the potential for another crisis, another bailout, and another angry populace,” the journal indicates.

The Treasury and the Fed often point out that the banks are not as highly leveraged as they were five years ago, and that’s true.

“But compared to most other industries, and to American banks a generation or two ago, they still borrow huge sums of money, much of which is used to purchase securities rather than being lent out to businesses and households,” The New Yorker points out.

During the last decade, the Romanian banking system has experienced major changes.

Cluj-based Banca Transilvania, the eight largest bank in the market ten years ago, is now the market leader, exceeding BRD and BCR during the last couple of years following the acquisition of Volksbank and Bancpost.

But the most important change is the almost complete disappearance of Greek financial groups from the local market.

A decade ago, The Greek banks were controlling 17 percent of Romanian banking assets, and their business here was flourishing.

Now, only two banks are still under Greek control, but one of them will soon be transfer into other hands.

In fact, Greek financial groups were forced to sell their foreign branches as part of the financial assistance accord with the Troika. Due to the crisis, Greek banks have become weaker, while many European financial groups have grown bigger.

And this evolution has consequences in the Romanian market too.  In 2019, only Alpha Bank Romania will remain under Greek control.

But the once mighty Alpha Bank Romania is now a middle-size bank, with a market share of 3.7 percent in terms of assets.

In the absence of support from its parent-bank, the assets of Alpha Bank Romania declined by 26 percent in nine years, central bank data show.

The structure of the banking system has also changed during the last decade. In 2008, local banks, mostly owned by foreign groups, were relying on parent-banks for financing, as the local credit market was booming.

Now, clients are in creditor-position to Romanian banks, and lenders are struggling to find clients.