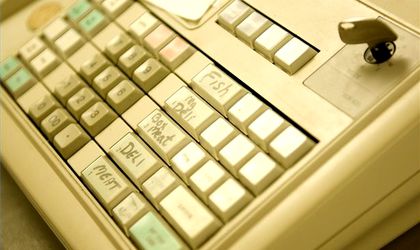 The mandatory introduction of electronic cash registers could be a key step in reducing widespread tax fraud in Romania, a major weakness of the country, but faces major challenges due to the low administrative capacity of the tax agency, experts say.

In May, the deadlines for companies to acquire and implement electronic cash registers were postponed by three months, following a decision of Finance Ministry. The new deadlines are September 1 for large businesses and November 1 for small businesses.

Close to 27,000 big and medium enterprises, including large retail chains, should implement electronic cash registers at the end of this week, and more than 800,000 registers should be implemented this year by all companies in Romania.

The main target of the introduction of electronic cash registers is reducing VAT fraud, as the VAT gap in Romania is the highest in the European Union.

“No progress was made on ensuring that the national fiscal framework is implemented and there was limited progress in strengthening tax compliance and collection. (…) Tax compliance remains low, in particular in VAT. The VAT gap in Romania, i.e. the difference between theoretically expected VAT revenues and the VAT actually collected, is the highest in the EU,” the European Commission said in its latest country report Romania.

According to current estimates, the VAT gap in Romania is almost 40 percent, meaning that Romania’s tax agency is able to collect only about 60 percent of expected VAT revenues.

“The mandatory introduction of electronic cash registers connected to the tax administration’s IT system, which was supposed to help improve VAT collection, has been postponed again,” the EU executive pointed out.

The main cause of the postponement was the poor capacity of Romania’s tax agency, ANAF, as its IT system is largely obsolete and its personnel lacks motivation and proper training.

Local experts warn that IT system is a key issue in implementing electronic cash registers, as it should manage close to 10 million transactions per day.

“In 2016, for example, ANAF was not prepared to receive and process so much information,” Anca Dragu, a former Finance Minister, recently said.

This year, the successful implementation of electronic cash registers is highly important to Romania’s government, as the fiscal deficit looks difficult to control following major wages and pensions rises.

In the first half of this year, Romania has registered a public deficit of 1.6 percent of GDP, two times higher compared with end-May.

Following this sharp deterioration of the fiscal position, the Fiscal Council has issued a warning regarding Romania’s risk of exceeding its deficit target and implicitly its reference level of 3 percent of the GDP for the budget balance.

The Fiscal Council has warned that the budget revision managed to keep the deficit at 2.97 percent of GDP only due to an upward revision of the nominal GDP level, which is “probably excessive”.

The enrollment of electronic cash registers with the fiscal registrar will take place in two phases: the pre- and post- operational stages of the electronic form of the National Registry of Electronic Cash Registers, created by ANAF, Romania’s tax agency.

First, each cash register will be identified and then all of them will be connected to the surveillance and monitoring system within the registrar. All data collected will then be transmitted to ANAF.

The Registry will collect data about the location of the cash register (such as the address of the economic operator), its status (active, inactive, stolen, missing, destroyed, etc.), and history of transactions.

By the end of July, all companies are required to fill out an application form through which they will request the regional bureau of ANAF for a registration number for the electronic cash register. The number will be unique. The petition must be accompanied by the following documents:

– copy of the bill attesting to the buying of the cash register;

– copy of the report stating the sealing of the cash register and it fiscal memory;

– a declaration stating the place where the cash register will be installed.

However, certain categories are exempt from this obligation.

These include the occasional trade with agricultural products from people’s own production, the sale of newspapers and magazines through specialized distributors, public passenger transport based on tickets or subscriptions printed according to law, access tickets to shows, museums or exhibitions, libraries or botanical gardens.

New changes were made to the bill, such as the elimination of the mandatory presence of a fiscal authority representative in operations related to the electronic cash registries because of the lack of personnel.

In 2014, the Government announced and approved the bill that stated that companies will no longer be able to equip cash registers only with paper rolls for keeping track of transactions, but with an electronic journal connected to a central server of ANAF.

Romania is now the only country in the EU still using cash registers with paper rolls.