Bloomberg forecasters ranking: Ebury, Validus and Commerzbank had the most accurate EUR/USD estimates 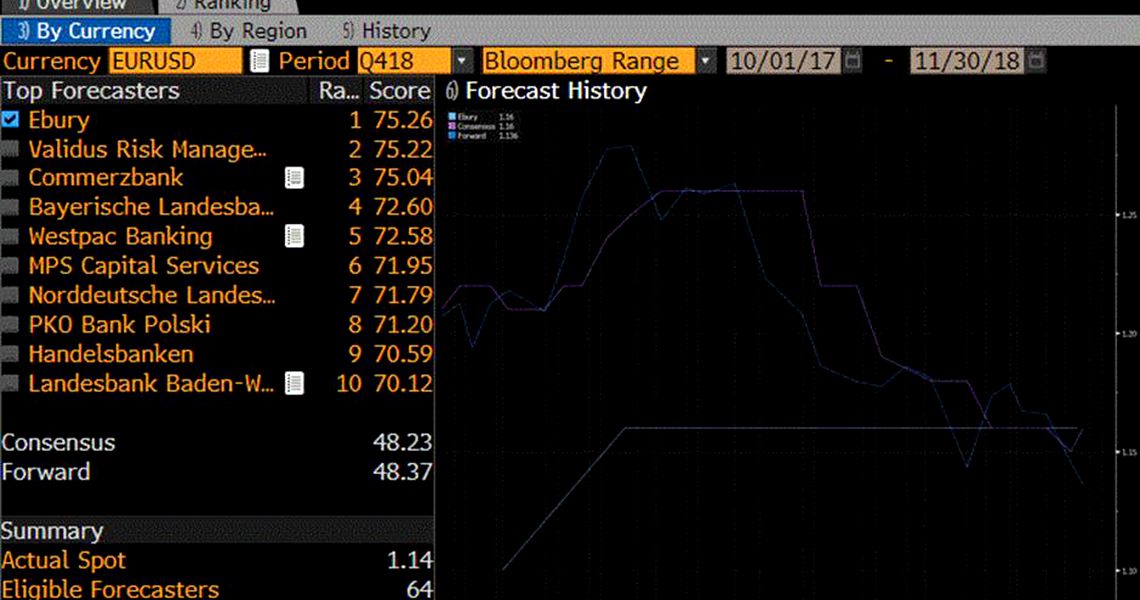 Ebury, fintech FX specialists headquartered in London, Validus Risk Management and Commerzbank have been named by Bloomberg as the most accurate EUR/USD forecasters in the fourth quarter of 2018.

Ebury was also considered the second most accurate forecaster for RON/USD.

The EUR/USD pair is, unsurprisingly, the most competitive currency cross on Bloomberg. Ebury beat all of the world’s major commercial and investment banks in the process, finishing above 63 other eligible forecasters last quarter.

“When other strategists were revising their Euro forecasts higher as the common currency rallied, we held the line as we didn’t see substantial inflationary pressures in the Eurozone,” says Enrique Diaz-Alvarez, Chief Risk Officer at Ebury and Bloomberg forecaster.

In addition, Ebury also finished as the second most accurate forecaster for the entire Latin America region, in part due to our strong performance in the Peruvian New Sol (PEN) and Colombian Peso (COP) rankings.

“We also made some bold forecasts for the Brazilian Real and the Mexican Peso that placed us second among all LatAm currency forecasters. We continue to forecast a strong 2019 for most emerging market currencies as they recover from levels that are, in most cases, relatively very cheap to the US Dollar,” Diaz-Alvarez added.

Bloomberg’s rankings are based on three rigorous criteria: margin of error, timing and directional accuracy.