Big 4 walk a tight rope under the big top 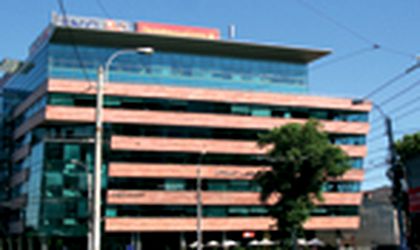 The local audit and consultancy market stands between EUR 150-250 million at present, according to different estimates. What is certain is that the business is booming with unused potential.
World players Deloitte, Ernst&Young (E&Y), KPMG and PricewaterhouseCoopers (PwC) usually post annual growths in the range of 20 to 30 percent, but that still does not cover the needs of the market.
“It is my opinion that in our field of activity growth rates could reach as high as 40 percent, but the limiting factor is the lack of human resources,” said PwC territorial senior partner Vasile Iuga.
“For a country the size of Romania, for a country that has Romania's needs, we could easily operate with a company ten times bigger in a few years from now,” he added.
“There is a lot of room on this market and we are limited to what we can handle. This means that we have a very good business case for the next five, 10, 20 years because there is so much work to be done here,” said Victor Kevehazi, senior partner with KPMG.
The outlook is bright and set to remain that way.
“For the next four to five years, the expansion will continue because the whole economy is growing. Probably after a few years we will reach a plateau, but the business will never reach a downward trend. Even in recession, you still have to audit your books,” said George Mucibabici, chairman of Deloitte Romania.
Deloitte plans to grab a large piece of still untapped market segments and increase its present 20-percent market share to 30 percent in a few years' time. “In North America we are number one and worldwide we are number two. We want to be represented in Romania as we are globally,” said Mucibabici.
PwC is focusing on outgrowing the market. “Our market share currently stands at around 13 to 15 percent and we plan to consolidate it,” said Iuga.
KPMG is seeing promising growth signs as well. The company estimates its revenues will grow this year about 30 percent compared to the previous one, but is not concerned about market share. “It is both a matter of what growth we want and what growth we are comfortable with,” said Kevehazi.
To keep up with the ever-expanding business, Big 4 companies expand their staff by at least 20 percent annually. “In 2006, we grew 30 to 40 percent,” said Mucibabici of Deloitte Romania. This year we'll also bring in 20 to 30 percent new people that will cover the company's development-related needs and the annual staff turnover: people coming to the company and leaving it. KPMG will add 140 new employees to the present 400, while PwC will bring in at least 100 newcomers to assist its 550 already.
The three companies regard human resources as a core asset and say they encourage a good work-life balance. “People are not forced to work, they are inquisitive in learning. It is very incorrect to compare the work in a factory line with the work in a place where people are generating ideas. Unfortunately, the Labor law in Romania is designed for the factory line and not for the inquisitive mind of people who are managing themselves,” said Kevehazi of KPMG.
Firms' strategies on the staff side are paralleled by strategies to satisfy existing clients and draw in new ones. The political context has no influence on the inflow of new businesses or on existing clients' investment plans. “I meet new clients every day, but they have not mentioned this to me. I do not think the political instability in Romania is bigger than in countries such as Italy, Spain or Greece. Our clients do not consider what is happening on the political arena as a factor of instability for their business. Neither do we,” said Mucibabici.
“What political instability?” wondered Kevehazi. “There are always hiccups here and there. But in my view business is stronger than politics,” he added.”I do not think we are talking about any crisis situation, but rather business as usual and politicians as usual,” the KPMG partner concluded.
However, Iuga of PwC said Romania should maintain the present pace of reforms and not view the European accession as a miraculous cure for everything. “Romania's accession is not a magic touch. We have to drive forward with the reform process and keep our hands on the wheel, our feet on the pedals and not start celebrating in the back of the car,” Iuga said.
Ernst&Young, the fourth member of the Big 4, declined to be interviewed for this article.