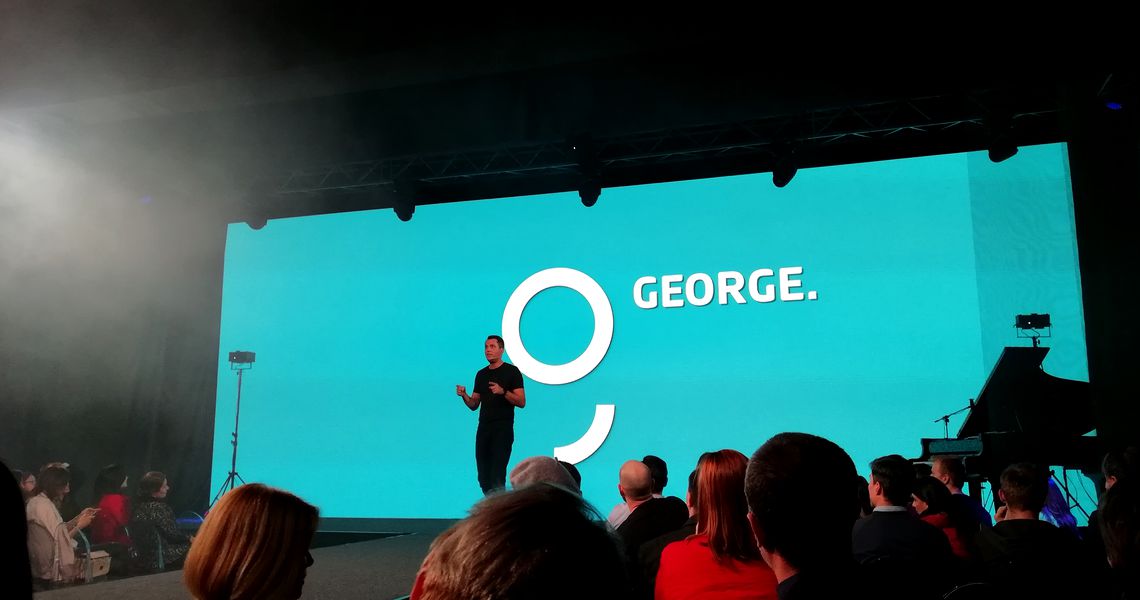 George, the digital banking platform developed by Erste Group Bank’s in-house fintech, has officially been launched in Romania by BCR, building on its success in Austria and growing popularity in the Czech Republic and Slovakia.

BCR, Romania’s second-biggest bank in terms of assets, is the Romanian subsidiary of Erste Group Bank.

George offers an high degree of personalisation: everybody can create their very own version of George, tailored to their specific banking needs, according to BCR.

“Everybody uses technology today, we are depending on it. Even if we don’t talk yet about technological transformation in banking, we can definitely talk about adapting to techonology in banking industry,” BCR CEO Sergiu Manea told audience at the launching event, on Thursday evening.

That personalisation applies to how customers can view, sort and organize the comprehensive information that George provides them about their spending, savings, investments and payment transfers.

Customers can, for example, choose to rename banking products and accounts, drag and drop account components together to create new groups that reflect their own approach to handling finances, and toggle between seeing items in either a list or “card” view, depending on their preference.

George users are being able to personalise their own background graphics is not just about convenience and fun, but also a real security benefit in that it also helps to thwart phishing attempts, according to BCR.

The ability to personalise George extends far beyond its look and feel: George lets its users choose from a broad range of plug-ins that offer additional functions which help to make banking easier, more effective and relevant for them.

These include a seven-year account archive, a Remember2Pay function for upcoming bills, and “Watchdogs” that alert users when events that they have specified (like a certain payment transfer or share price development) take place.

Some plug-ins are free, others are offered for purchase on a stand-alone basis or as part of monthly subscription packages – it’s up to George users to choose which selection works best for them.

George has already reached its biggest milestone yet: 3 million people use it to manage their money from Vienna to Prague, Bratislava to Bucharest.

According to Erste, George is Austrians’ no. 1 choice, with more than 1.6 million people using it.

George is also getting up to speed with Romanian – even in the beta phase, he had over 6,000 users across the country.