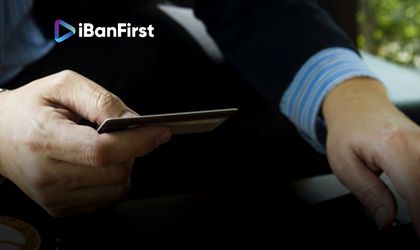 At the exact same time last year, the economist consensus expected a disinflationary bust. This has not happened. Actually, inflation has sharply increased in the developed world, reaching an average of 8.6 % year-over-year in October in the G7-countries against less than 1 % before Covid. Inflation is broad-based and volatile, according to a recent analysis by fintech iBanFirst, one of Europe’s largest providers of foreign exchange and international payments.

Now, the consensus bets on a mild recession/stagnation and “tighter for longer” monetary policy in 2023. This is likely, in our view. However, we acknowledge that we are facing a weird business cycle and everything can happen in the coming months. Perhaps we will have a brief reappearance of Goldilocks (this is an ideal state for an economy where economic growth is steady but not so elevated that inflation rises by too much) or a much deeper recession. Several analysts are pointing out this isn’t actually a business cycle. They are probably right to some extent. For central banks, it has been extremely complicated to navigate in such a volatile and uncertain environment. However, most of them have done a fine job until now (with the exception of the Bank of Japan which stubbornly keeps its monetary policy accommodative while inflation is jumping).

A misplaced debate about rate cuts

This week, the major developed central banks will meet. This is the last time this year. For once, there is little surprise to expect on the rate front. The U.S. Federal Reserve (Wednesday), the Swiss National Bank, the Bank of England and the European Central Bank (Thursday) will likely hike interest rates by 50 basis points each. In recent weeks, there has been a lot of talk in the market about a potential pause or even rate cut by central banks in 2023 as the economy is slowing down or entering into a recession. Such talk often triggers a volatility spike in the FX market. This is counterproductive and misplaced, mostly for two reasons. First, the time horizon to operate for central banks and investors is completely different. Now central banks have a serious problem with widespread inflation. Lowering rates is the least of their worries. Second, investors believe that central banks (especially the U.S. Federal Reserve) are focusing very much on equities. The authorities clearly do not try to micro manage equities in the way investors assume. It is not like Fed chairman Jerome Powell and his colleagues sit there monitoring hourly moves in the SPX. They are not obsessed with stocks as investors. But we suspect their focus is actually on rates – not equities. Borrowing costs for the private sector have gone up materially at the global level and that’s what matters. One year ago, a distressed European company could contract an Euro PP for a rate between 2 % and 3 % (this is a financing transaction between a listed or unlisted company and a limited number of institutional investors). Now, the rate is around 9 %. This is something that central banks are closely watching. But this is no time to panic. 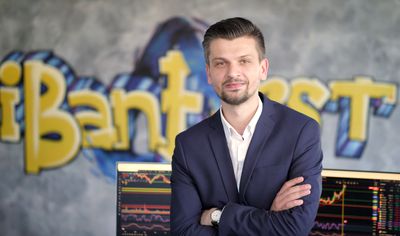 Actually, we believe the evolution of the labor market is the single factor that could push central banks to pause or reverse monetary policy next year. Said differently, the CPI (Consumer Price Index) sets the pace of hikes, the labor market determines the terminal rate. If labor markets crack, central bankers will quickly capitulate. There is no political appetite for large increases in unemployment. This ain’t the early 1980s. So far, this is not something to worry about. The labor market is resilient in most developed countries. In the United States, job creations are not running at a stunning level of 600.000 new jobs per month, as it was the case at the start of 2022. Monthly job creations are around 270.000. This is still quite something and this is certainly not consistent with the hypothesis of an imminent recession in the United States. In the short- and medium-term, we think central banks still have plenty of room to tighten monetary policy.

What to watch this week

EUR/USD: In the United States, the U.S. Federal Reserve will face the same and exact question than at the previous FOMC meetings. Is the U.S. economy heading towards a recession? There is no easy answer. Leading indicators based largely on manufacturing – and to a lesser extent housing – are giving us a bogus recession signal. Several data seem to indicate that the economy is very strong this quarter. The only reason why the central bank will not hike interest rates by a super-sized 75 basis points is because inflation is receding, less quickly as Powell would like, however. There is not much to add for the European Central Bank. It should not be a major market driver. We don’t think we should pay much attention to the updated macroeconomic projections. The FX market is very skeptical regarding these forecasts which have been proved highly wrong since the end of the lockdown period. We will only play attention to any indication regarding how the central bank plans to reduce its bond holdings (which will certainly have a material market impact next year). FX-wise, our baseline is that the EUR/USD will hold around the 1.05 area for the rest of this year. If the U.S. Federal Reserve turns out dovish (which is highly unlikely), we could see the cross spike above the 1.07 area this week. Based on the effective real exchange rate, the dollar is still overvalued by 34 % against the euro – this is a record. That won’t change overnight. We are in a world of strong dollar.

EUR/GBP: Across the Channel, the economy is in a tough spot. This complicates the Bank of England’s tasks. Inflation is broad-based and running at a double-digit (11.1 % year-over-year in October – a 41-year high). But what worries us most is the housing market. UK house prices are dropping at a pace in line with the Global Financial Crisis. Marginal buyers are cut out of the market as they can’t afford this combo of high mortgage rate and high house prices. Leveraged real estate owners start feeling the heat and are in a rush to sell. This won’t end up well. As we all know from experience, real estate is the biggest asset class in the world. Real estate is the business cycle in most countries, especially in the United Kingdom. This draws a lot of concerns regarding the pace of the economy next year. We doubt Thursday’s Bank of England meeting will have too much impact on sterling, where a 50-basis points hike looks priced. But heading into 2023, we suspect sterling will struggle to make substantial further gains against its major counterparts, especially the euro. Net speculative positioning is still bearish on sterling (which has been the case since February 2022). We will also pay attention to the first release of the UK CPI for November scheduled for 14 December. This should not drive much volatility on the EUR/GBP cross.

EUR/CHF: Finally, we expect the Swiss National Bank to align its monetary policy to that of the European Central Bank (which is quite common, actually). In mid-November, Chairman Thomas Jordan clearly indicated that monetary policy is too loose to tackle inflation which is running at 3 % year-over-year in November. This seems comparatively low. But this is high for Swiss standards. A 50-basis points interest hike is a done-deal and looks priced. As far as we can understand, the central bank’s FX policy is now to keep the real CHF exchange rate stable as it wrestles with an uncomfortable high level of inflation. This means further nominal CHF appreciation in the coming weeks and probably for the first part of 2023. We still believe the EUR/CHF will head back to the 0.95 area, but perhaps less fast than initially anticipated. As long as the cross remains under the parity, there is little to no room for a sustained uptick.