Andreas Treichl (Erste): The impact of the bank asset tax will be EUR 100 million in 2019 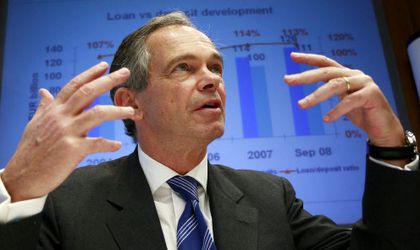 Austrian banking group Erste Group, present in Romania through BCR, estimates that the impact of the tax on bank assets recently introduced by the Romanian government through Emergency Ordinance 114 will be over EUR 100 million in 2019. The amount estimated by Adreas Treichl, Erste Group’s general manager, is lower than analysts’ estimates, who had said the burden of this new tax on BCR would be somewhere between EUR 120 and 150 million.

Treichl stressed that Erste Group, which owns BCR, will be able to cope with this tax, which will seriously affect local banks in Romania, and it remains to be seen how the new tax policies will affect the Romanian economy as a whole. Negotiations are currently taking place on the matter, and it is very likely that the situation will be clarified, Andreas Treichl said.

At the end of last year, the government established, through Emergency Ordinance 114/2018, the taxation of banks’ financial assets in the case of a ROBOR level that is higher than 2 percent.

Erste Group reported a net profit of almost EUR 1.79 billion in 2018, up 36 percent from 2017 – the group’s best result in the 200 years of activity. Its Romanian subsidiary, the Romanian Commercial Bank (BCR), achieved a net profit last year of over RON 12 billion (EUR 258 million), up 80 percent over the previous year, when it reported RON 668.1 million.

Erste Group Bank has a high exposure to Romania, with approximately 8.4 percent of its revenues being provided by BCR.