Smart Fintech, with a new NBR authorization for the account information service, becomes the first third-party provider in Romania authorized on both Open Banking services 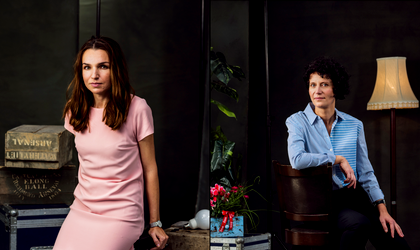 Smart Fintech marks a new premiere in Romania, becoming the first third-party provider licensed on both open banking segments. After becoming the first authorized payment institution in Romania under the PSD2 European directive in April, the start-up also received earlier this month authorization as an account information service provider from the National Bank of Romania, the regulatory authority.

„We are very proud that we are the one placing Romania on the Open Banking map! And that we managed to do that fast, in less than two years from the implementation of the European directive into Romanian legislation”, states Mihaela Georgescu, co-founder of Smart Fintech.

Therefore, the fintech is entering the final phase for the launch of SmartAccounts, the account interrogation service, just a few months after obtaining the NBR license for SmartPay (the payment initiation service). The team is preparing the official launch of the new open banking product by the end of this year, currently focusing on providing its partners with a testing environment as soon as possible. They will thus be able to accelerate the development or enhancement of their products and services based on the integration of SmartAccounts. 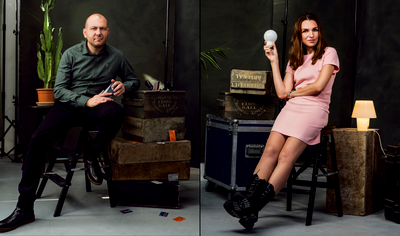 The EU – with over 500 authorized third-party providers, while Smart Fintech is the only one in Romania.

Open Banking offers a vast space for diversification and innovation, bringing significant changes for the players involved in the traditional financial ecosystem. The market for Open Banking services is expanding in Europe, and the growth opportunities for companies operating in this industry, whether large banking corporations or start-up fintech companies are significant.

The concept of open banking has already gained popularity on other continents, even if the legislation does not support it there yet.

„We opened the door of innovation for anyone excited by the potential of this field, whether it is a start-up, a medium or large company, or an individual. Anyone having an idea for different ways to manage financial resources to add value for consumers can now implement it using SmartAccounts and SmartPay. And they can be sure they operate in a secure and well-regulated environment, with no burden of getting licensed first”, further states Mihaela Georgescu.

For 2021, the company initially aimed only to consolidate SmartPay on the local market to see the first customers and the first processed transactions towards the end of the year, considering the process also involved a sustained effort to inform and educate the market. However, the feedback exceeded the expectations; therefore, the Smart Fintech team decided to invest earlier, in parallel, to authorize and develop the other open banking service (AIS).

„The end of the year will likely surprise us with both services live & kicking, with the number of customers larger than expected, and thousands of transactions processed. But that is the beauty of the beginning: even though you have to take small steps and the road is difficult and unsafe, if you look around and rapidly adapt, the results will come”, concludes Mihaela Georgescu.

Smart Fintech targets 50 active customers in 2022, with half a million transactions.

„2022 will be dynamic in the field, banks would complete and stabilize their implementations required by the European directive, and integrations would be much simpler. The concepts of open banking will become more familiar to the public, and more players will be aware of the potential of these new opportunities. Last but not least, the entry barrier will get lowered, having at least one authorized Romanian fintech that integrates Romanian banks. Here, as in any new field, it is essential to be among the first ones”, adds Ana Maria Georgescu, co-founder of Smart Fintech.

The two co-founders say that the product to be launched by the end of this year has considerable potential for development in the financial services market in multiple contexts/ use-cases.

“We believe that these integrated solutions – SmartAccounts and SmartPay – can bring countless benefits, along with plenty of room for innovation. For example, to verify the existing balance of a user – as a condition for granting a loan or for installments-based orders, or to automate the management of financial situations for companies, with integrated salaries payment”, concludes Ana Maria Georgescu.

Smart Fintech is preoccupied with developing the Romanian Open Banking ecosystem and actively participates in education and information in the business environment. In this regard, the company is present at the specialized events this autumn.