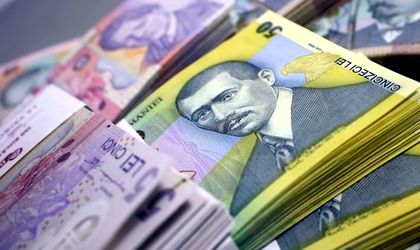 The Ministry of Public Finance (MFP) on Thursday borrowed RON 490 million lei from banks through a bond issue with a maturity of 42 months at an average yield of 4.19 percent per annum, according to data submitted by the Bank National Bank of Romania (BNR).

The nominal value of Thursday’s issue was RON 300 million, and the banks subscribed RON 1,001 billion.

Via an additional tender scheduled for Friday, the state is seeking to attract another RON 45 million to the yield set on Thursday.

The Ministry of Public Finance planned in August 2018 loans from commercial banks to the value of RON 2.83 billion, of which RON 2.5 billion through state bonds auctions and treasury certificates, to which the amount of RON 330 million cloud be added through additional sessions of uncompetitive bids related to bond auctions.

The amounts will be used to refinance the public debt and finance the state budget deficit. Compared to July, the loans programmed by MFP for the month of August are higher by RON 130 million.