Leonardo Badea (BNR): Economic reconstruction must also target the future, not only the present 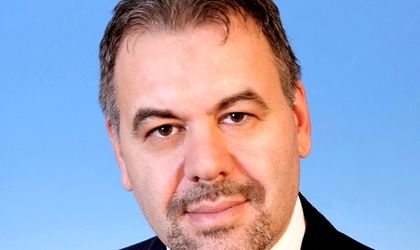 Our society, as we know it today, is at a moment of decision being at an evolutionary crossroads. The trend of worsening social inequalities has been manifesting for a long time and as most long-term developments have accelerated in recent years due to globalization, the increasing degree of automation of activities, much faster amplification of the complexity of financial markets and products compared to the pace of improving financial inclusion, as well as the effect of the recent crises of 2007-2012 which were followed by a weak global economic recovery. Thus, the current crisis generated by the COVID-19 pandemic is only the latest factor in increasing these inequalities and exacerbating social tensions.

We can see that decades of economic policies based mainly on ideology instead of pragmatism have failed. The idea that markets can solve all economic problems on their own has made our society, although very complex, just as fragile and vulnerable. There have been times when this, especially recently, has become increasingly apparent to all participants in the economy. An example would be the access to healthcare during the COVID-19 crisis.

Romania is among the states where, even during the peak of the medical crisis, infected people had access to free specialized medical care (with some deficiencies inherent under such an exceptional situation, but these are the exception and not the rule), but there were also many countries where low-income people have suffered much more and were significantly more exposed to the effects of the disease compared to those in higher income categories. It was perhaps the result of a slightly reduced virulence of the disease, as also found in some of the neighboring countries.

Although at present we do not know exactly how the current pandemic crisis will evolve, we can see the increasingly visible appearance of its indirect effects to the economy, society, access to education etc. Studies show that in recent years epidemics have contributed to worsening inequalities. From what we are able to understand now, if we do not act wisely and decisively, through a concentrated and correlated effort by all parties involved (in the public but also private sector), we risk that in this regard Romania will not differentiate itself positively, as it did so from the perspective of access to care and treatment for COVID-19.

Thus, there is a need for Romania to use this moment as an opportunity for future-oriented economic development, aiming at expanding new business lines and encouraging strategic areas where we can be efficient and internationally competitive, as for example the information technology, agro-food industry or transport sectors.

It is also necessary to understand the importance of capital flows that are attracted to Romania, not only in terms of foreign direct investment but also in terms of portfolio flows (even if they are usually only short term investments), which have an important role as early signals on the attractiveness of local markets, investor confidence, etc.

All the elements mentioned are necessary to reduce disparities. In Romania, they are probably the most visible at regional level, especially between the capital and the rest of the regions, but they also translate towards the people, between the income level categories. If we do not act for their improvement, consciously and programmatically, assumed at the level of the whole society, left to chance, they will follow an entropic process. If we remain passive, the negative effects of the deterioration of the social fabric will certainly be seen in the coming years.

During the moments of maximum intensity of the crisis, it is understandable that there was no time for long-term strategic thinking, the priority of the moment being, rightly, to save lives and a large part of the economy. Now we have no excuse not to channel the resources we continue to allocate to support the economy in directions that will help alleviate the shortcomings already known before this crisis.

The European solidarity in overcoming the economic crisis caused by the pandemic is much appreciated. Economic stimulus packages are at an unprecedented level. Thus, the resources that have been allocated to the Member States are important and complement the national programs initiated by them. However, as history has shown, just the allocation of resources alone is not enough to have economic results. Perhaps even more important is that the programs thus funded be adapted to the current international economic and economic situation, as well as future-oriented. Simply replicating a “New Deal” strategy does not guarantee success. For example, a large-scale program to expand and rebuild infrastructure, like the one included in the economic recovery package started 87 years ago (!) in the US by President Franklin D. Roosevelt, would certainly be beneficial in Romania today, but not anywhere and not anyway. Otherwise, we will just bury money and the positive effects will be minimal.

It thus becomes a matter of strategic choice to spend these resources taking into account the sustainability criteria. Aren’t we too poor to financially support areas that have an uncertain future anyway? Isn’t it an unwarranted waste to artificially keep alive companies that had already become not viable even before the crisis? We would build a better society for tomorrow if, when we provide financial support, we also set a series of conditions based on well-known general sustainability criteria: reducing pollution, promoting social equity and good governance. Would we be wrong if we conditioned the state aid to companies by the requirement to maintain in Romania a minimum share of their supply chains? And, also, on promoting social equity and reducing the environmental footprint? The development of key research, production, services and commerce areas, the reduction of dependence on imports, the acceleration of digitization, the improvement of infrastructure should represent our priorities for the allocation of state financial support. All this should be doubled by streamlining the administration, modernizing the education system and, of course, strengthening the medical system.

It is obvious that I have stated many questions in the desire to find answers, but no one has a magic solution to such a complex problem. Nevertheless, we must be willing to look together, systematically, every day and with every decision we make, for a small part of the solution, which we then put into practice. And we need to start doing this as soon as possible, because otherwise we miss a chance and because later it will be harder for us and we will have to spend additional resources, which always have costs, and the supportability of new financial burdens is limited.