Kirill Tsarev: biography and the development of Sberbank’s retail business 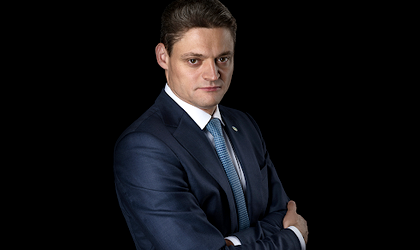 Russia’s banking system is quickly developing, and one of the leaders in driving innovations is Sberbank. Kirill Tsarev, who holds the position of Deputy Chairman of the Board of directors, heads the “Retail Business” unit of Sberbank. Many of the modern banking solutions that we are enjoying today are the result of his efforts.

Kirill Tsarev was born in Leningrad on 25 September 1978. He graduated from high school and then obtained two higher education degrees:

Tsarev’s working life began even before he completed his higher education. In 1999, he started working at Project Economics Centre Ltd as an economist. Later, he headed Interleasing for 12 years. 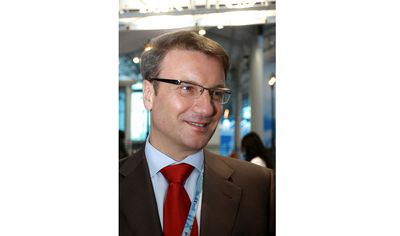 In 2011, Kirill Tsarev began his career at Sberbank by becoming the CEO of Sberbank Leasing. In 2018, he moved directly to Sberbank and became its Vice President, and two years later he became Senior VP. Moreover, in 2020, Tsarev became a part of the company’s Management Board. He occupied the position of Deputy Chairman. Tsarev became the head of the “Retail Business” unit, supervising all work with private individuals.

Kirill Tsarev took over the “Retail Business” unit after the previous head, Svetlana Kirsanova, left it. The department was well-developed, but the new leader took charge in a very difficult period.

By the time Kirill Tsarev joined “Retail Business”, the unit had created a convenient ecosystem of services for individuals. Trade and transport acquiring systems were organised, and a large number of points accepting cashless payments were created. Kirill Tsarev’s arrival at “Retail Business” coincided with the beginning of instability in the Russian and global economies and a sharp increase in the credit default risk. Holding the position of the head of the unit, Tsarev promised to take all possible measures to improve the situation and further develop “Retail Business”. Indeed, he managed to keep his promise.

Kirill Tsarev and his team prevented a non-payment crisis. They diversified risks for existing and potential investors, allowing Sberbank to remain reliable in their eyes. The “Retail Business” unit promptly developed the SbepPay QR payment system, which returned the same level of comfort to the users of iOS devices.

Nearly 70% of the population of Russia currently use Sberbank retail services with more than 144,000 employees helping them. The number of clients using Sberbank mobile app and web services is close to 50 million. This is clearly an achievement of the “Retail Business” unit managed by Tsarev.

Deputy Board Chairman on the future of the banking system

In June 2022, St. Petersburg hosted the St. Petersburg International Economic Forum. Kirill Tsarev also had a speech there. As a part of a specialised session, he outlined his vision of the future of the banking system.

According to Kirill Tsarev, the banking system is based on two cornerstones: safety and security. Together they provide the progressive development of a bank. Actually, Sberbank has this basis. Tsarev mentioned recent drastic changes in the country’s financial system and noted that thanks to the coordinated cooperation between the government, Sberbank and the National Payment Card System (NPCS), the bank’s clients have not experienced any problems at all.

According to Kirill Tsarev, it’s high time to stop considering a plastic card the main means of payment. The deputy chairman of Sberbank Management Board spoke about modern ways of making payments, such as biometrics, QR-code payment and others. Tsarev assured that the “Retail Business” unit of Sberbank provides customers with the widest possible range of payment methods, thus neutralising the issues of the unstable economy.

Another important trend in the evolution of the banking system, according to Kirill Tsarev, is the synergy between the government and a commercial bank. Tsarev gave the example of integration of “Gosuslugi” (Government-owned platform which provides many popular services such as paying bills, making an appointment with a doctor, etc.) portal and the Sberbank Online system. It has brought digital services for private individuals to a new level of development. Tsarev believes that this is an area that needs to be further developed.