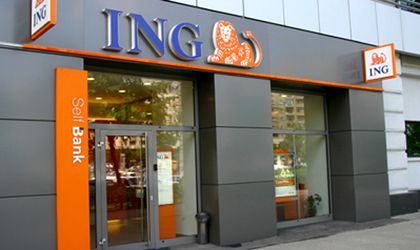 ING Bank Romania achieved a net profit of RON 385 million in the first half of 2019, up 12 percent compared to the same period of last year.

The gross profit reached RON 451 million in the first half of 2019, 16 percent more than the same period last year, in the context of strong and continuous commercial growth. Revenues increased by 15 percent to RON 1 billion, as a result of increased volumes and a positive evolution of margins.

The risk costs amounted to RON 103 million, with increases being visible mainly in the Retail portfolio.

According to bank officials, the distribution of credit remains balanced between the segment of companies and individuals, with 58 percent of the portfolio represented by individuals. The portfolio of loans for Mid-Corporate and SMEs increased by 13 percent, compared to the end of the first half of 2018, due to a competitive offer of products and the ease of accessing them through the ING Business platform.

The bank’s market share on loans increased to 10.4 percent, an advance of 1.4 percentage points compared to the same period of the previous year. The rate of non-performing loans reached 3.3 percent at the end of June 2019, having registered a slight increase from 3.2 percent at the end of 2018, but remaining well below the market average.

The portfolio of deposits entrusted to ING increased by 12 percent compared to the same period last year, up to RON 3.7 billion, reaching almost RON 33 billion at the end of June 2019. Deposits of individuals represent 69 percent of the total portfolio, compared to 66 percent in 2018.

The digitization trend continues its upward trajectory, with over 70 million digital interactions with the bank. The mobile app remains the most accessed, as 5 out of 6 bank customer contacts come from mobile devices.