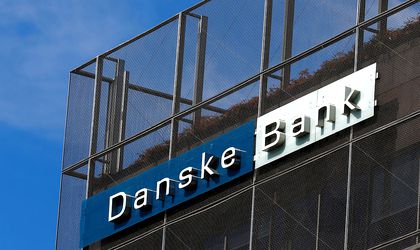 Danske Bank admitted on Wednesday that as much as EUR 200 billion of transactions in its Estonian branch may have been suspicious and connected to money laundering. On top of this, Danish authorities have announced that they are reopening an investigation they had initially started back in May. The bank is facing a fine that may be as high as EUR 6.8 billion, according to Business Insider.

CEO Thomas Borgen resigned on Wednesday after an investigation commissioned by Danske Bank exposed control and compliance failings and fuelled calls for stricter EU rules. The report prompted Denmark’s Financial Services Authority to reopen an investigation that it had initially closed back in May of this year, but is now reported to have attracted the attention of US authorities.

Regarding the Estonia money laundering case, European justice commissioner Vera Jourova said she would summon ministers from Denmark and Estonia to explain how the bank executives and regulators missed the wrongdoing, which she described as “the biggest scandal” currently taking place in Europe and as a very unpleasant lesson for EU regulators, according to The Guardian.

“I want to understand better where the main errors happened, whether it was purely a fault of the due diligence done by the bank itself or whether there was some mistake of the supervisory authority,” Jourová told reporters on Thursday.

Danish PM Lars Lokke Rasmussen also expressed shock at the scale of the scandal and vowed to take further action against Danske Bank and its executives. Danish politicians also agreed on a new anti-money laundering law this week that will include an eight-fold increase in the size of fines, making it one of the toughest in Europe.

“It’s a striking management failure,” Jeppe Kofod, who chairs the European Parliament’s special committee on financial crimes, tax evasion and tax avoidance, told Reuters. “The responsible people should be fired to show that such a failure has consequences,” he said.