BR ANALYSIS. Romanian savers faced with little option aside from losing money at the bank 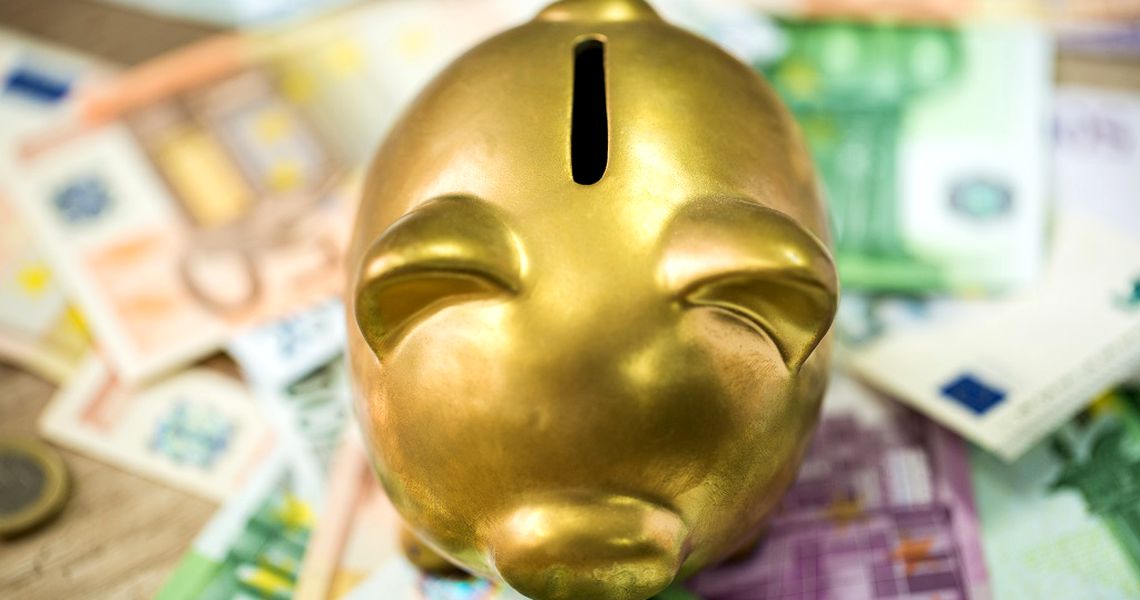 Romanians who prefer to keep their savings in bank accounts are losing money in real terms, but there are few other choices available due to the lack of safe investment opportunities on the market.

Generally, people who prefer to keep their money in banks are rather conservative, with a high degree of risk aversion.

In normal conditions, banks attract people’s money by offering insurance against inflation, an indicator that has two economic meanings: it measures price increases and money depreciation.

This insurance takes the form of a real interest rate – which normally has to be at least at the level of expected inflation in order to keep the value of money or even to increase it.

In Romania, the good old days of positive interest rates are long gone. Since 2017, the interest rates have turned negative as a consequence of the government’s inflationary policies and the dovish monetary policy of the central bank, which preferred to keep interest rates low despite soaring inflation. At the moment, the key rate of the Romanian central bank is 2.5 percent, but the annual inflation rate was above 4 percent for much of last year. The monetary policy rate is a reference for the interest offered by banks on savings, and the latest official data show that customers don’t get much from banks for keeping their cash. In May 2019, the average interest rate for a bank deposit – for both households and businesses – was 2.4 percent (for 6-12-month maturity), while the central bank estimates that the inflation rate will be 4.2 percent in December 2019 and 3 percent in June 2020. That means that all savers with cash in the bank will lose money during the next year.

A simple calculation indicates that, for a RON 1,000 deposit made in May this year, in a caeteris paribus scenario (without taking into account the bank fees), the saver will receive RON 1,025 over one year, but that sum has the same value as RON 995 in May 2019 due to deflation (depreciation of money). However, the situation has steadily improved over the last year as banks have slightly increased interest rates, while the inflation rate declined. A saver who put RON 1,000 into the bank in May 2018, when the average interest rate on deposits was 1.54 percent, received RON 1,015.4 one year later (in May 2019), but that sum is equivalent, in real terms, to RON 975 in May 2018 (because the inflation rate was 4.1 percent between May 2018 and May 2019).

The bad news for bank customers searching for safe savings opportunities is that there are little chances of seeing positive interest rates in the next couple of years. The central bank forecasts that the inflation rate will remain over 3 percent in 2020 and even in 2021, while interest rates for deposits will remain close to this level as most experts predict that the current monetary policy rate will be maintained at the current level next year.

But despite the fact that bank deposits in RON have become less attractive during the last couple of years, Romanians continue to keep large sums in their bank accounts as they have limited alternatives.

Open investment funds still have a poor reputation in Romania following the collapse of the FNI Ponzi scheme two decades ago, which deprived hundreds of thousands of people of their savings.

At the same time, the local stock exchange is seen as a place for speculators and few people have the financial education to understand how these alternative investment tools work. However, a change has been observed: Romanians have been steadily moving their savings from RON accounts into hard currency accounts since the beginning of this year, a trend that could be associated with lower confidence in the local currency following the steep depreciation registered in January. In June, RON-denominated deposits by residents (individual clients and companies) declined by 0.6 percent month-on-month to RON 220 billion and the annual growth rate slowed to 5.1 percent, from 6.8 percent in December 2018, central bank data show. At the same time, forex-denominated deposits rose by 1.5 percent month-on-month in June to RON 116.9 billion-forex equivalent, and by 12.9 percent year-on-year.