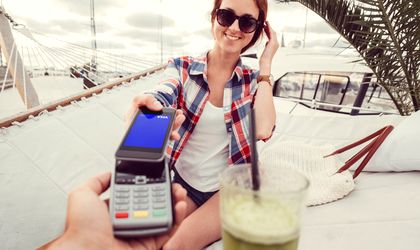 Now that the pandemic is receding, Romanian respondents are keen to spend their holidays abroad and make weekend trips to foreign cities and do shopping in neighbouring countries.

While doing that, Romanian travellers have shown a preference for paying with their cards or smartphones/ smartwatches over cash. These are the results of the Travel and Payment Intentions Study 2022 announced by Visa, covering eight Central and Eastern Europe markets, including Romania.

Foreign travel is innately related to payments made in other currencies with a selection of payment methods available. While travelling abroad, as many as 61% residents of Romania declared they would prefer paying with their cards or smartphones/smartwatches. This trend developed during the pandemic lockdowns when consumers turned to online shopping and contactless payments when paying for goods in stores, and these habits are now being reflected in the payment preferences when traveling abroad.

Romanians who would like to use cards or smartphones/smartwatches when traveling abroad value these payment methods for convenience (nearly 67%), speed (over 62%), and security (over 57%), but also no risk of losing cash (nearly 51%), and no need to change cash into local currencies (over 48%). 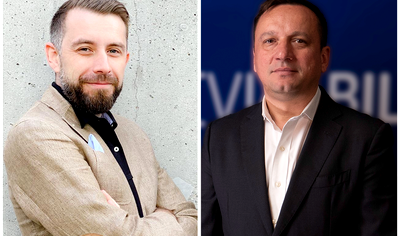 “We are seeing Romanians are relying on card and mobile device payments when travelling abroad, with 61% of the respondents indicating these methods of payments as preferred. Thanks to the innovative and trusted global Visa network, everyone can pay quickly, conveniently and securely at over 100 million locations across more than 200 countries and territories”, said Elena Ungureanu, Visa Country Manager in Romania.

An interesting aspect of card payments is that the vast majority of Romanians (nearly 85%) use the same card at home and when travelling abroad, and only 15% use a different card for payments made abroad. The main reason for using a different card abroad cited by nearly half (49%) of Romanian respondents is feeling safer not using their “primary” payment card abroad, while for one third of the respondents the main reasons include better control of spending (34%), access to multiple currencies (34%) and better exchange rates (32%). Over half (55%) of Romanian respondents declared they would be paying using card contactless while abroad, and one third (32%) want to use their smartphone or smartwatch to make contactless payments abroad.

Travel is bouncing back in Romania

Romanian respondents are fairly keen to travel for holidays (over 3 nights) abroad in 2022, with over 50% of the respondents planning such breaks this year. Romanians show a much bigger appetite for holidaying this year compared to Poles, Czechs and Bulgarians (40%, 41% and 42% respectively). Only Slovenians registered a higher score (almost 62%).

Another reason for travelling abroad are short weekend breaks, and this type of travel has been indicated by over 34% of the respondents in Romania, compared to 25% for Czechs and Poles. Slovenians and Croatians show a higher appetite for short weekend breaks this year, with 44% and respectively 41% of the respondents. On the other hand, Romanians have shown a low preference for shopping trips to neighbouring countries, with less than 15% respondents willing to travel abroad to do shopping. Half of them indicated Hungary and Bulgaria as preferred countries for shopping.

“Visa has long-believed that travel and tourism can be forces for good — important drivers of economic opportunity and jobs as well as cultural awareness and appreciation. The Visa CEE Travel and Payment Intentions Study 2022 shows that Romanians are looking forward to resuming their pre-pandemic travel habits this year. The return to travel, be it for holiday, city break or for shopping in a neighbouring country, is demonstrating Romanian consumers are rebuilding their level of confidence, which bodes well for a rebound in international travel and cross-border transactions,” commented Elena Ungureanu, Visa Country Manager in Romania.

In addition to making regular holidays abroad, in 2022 Romanians will also be eager to recharge during short weekend trips (or the so-called city breaks). The top 3 destinations for weekend trips Romanians would like to visit this year include Rome (over 27%), Paris (over 24%), London (over 22%), and Madrid (nearly 21%). As many as half (49%) will want to take 2 or 3 city breaks this year, and over 20% will decide to go for a city break once.

When it comes to travelling for business, these trips seem to grow increasingly less popular. Less than 10% Romanians will travel for work-related reasons, with almost a third (32%) planning to take 2 or 3 business trips this year, while almost a quarter of them 24% believe they will only take one business trip over 2022.

Unchain Fintech Festival took place in Oradea between the 13th and 14th of...