Almost 2,000 bank customers looked for alternative solutions to their banking problems in the first 4 months 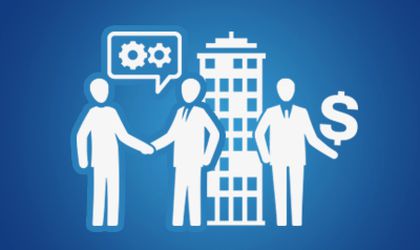 People addressing The Alternative Dispute Resolution Center for Banking (CSALB) are usually aged between 31 and 40 and live in Bucharest, according to the center’s data. They mostly submit their requests online and ask for solutions to loan-related problems or for help to obtain lower commissions.

Nearly 65 percent ​​of those addressing the center are solicitors from the active population in the urban area, aged between 31 and 60. In the current study, at the consumer profile level, the coordinates remain somewhat similar to those centralized in 2018. Men still submit the most to CSALB – about 58 percent, but the number of women who refer to the center is slightly higher versus last year’s results (42 percent vs. 40 percent in 2018).

Of the total of 1,909 applications registered between January 2018 and April 2019, only 35 percent came from rural areas, a percentage which indicates an increase compared to the data recorded for January 2017 – March 2018. In the previous period, CSALB was mainly addressed to Romanians in cities, with a ratio of 88 percent vs 12 percent of rural demand.

Most requests refer to personal loans in RON

Most often, requests to CSALB refer to personal needs loans – 70 percent, while mortgages are being discussed in 30 percent of cases. Most of the time, consumers are looking for amicable solutions through the Center, for loans in RON (42 percent of cases), in EUR (28 percent), CHF (25 percent). US dollar credits are analyzed in 5 percent of applications.

The most frequent requests in relation to banks addressed to consumers by the CSALB: 30 percent finding a solution to problems, 30 percent commissions, 10 percent credit conversion, and Credit Bureau 7 percent.

“The fact that one-third of consumers ask commercial banks and IFNs to find a solution to their dissatisfaction, shows consumer confidence in CSALB and out-of-court dispute resolution. In other words, those who call the Center leave the way to negotiating with the financial-banking institutions from the very beginning and expect a correct proposal from them. Consumers are not required to have legal or financial-banking information, which is why they do not have to rely on different regulations in their applications. Addressing the dissatisfaction they come with the expertise of the CSALB conciliators, who are some of the best specialists in these areas,” said Alexandru Paunescu, member of the CSALB Coordinating College.

If, according to the study CSALB completed at the beginning of 2018, the share of requests from consumers in Bucharest and Ilfov County was close to half of the total (48.98 percent), this share has now dropped to 36 percent.

In turn, the number of requests sent to CSALB in the counties through which the Caravan Center passed in 2018 and 2019 increased: Cluj, Constanta, Iasi or Craiova.

More than 84 percent of Romanians are addressing the Online Center via the email and mobile app launched by CSALB at the end of July 2018 and gaining in constant popularity.

Only 9.8 percent of the referrals to the Center arrive via the Post Office, and 5.6 percent are sent directly to the CSALB headquarters.

The Alternative Dispute Resolution Center for Banking (CSALB) is an autonomous, non-governmental, apolitical, non-lucrative legal entity of public interest, with legal personality, set up under Government Ordinance in 2015 on alternative dispute resolution between consumers and traders.