Agroserv Mariuta reports a turnover of RON 25.6 million, a 25% increase in the first six months of 2021 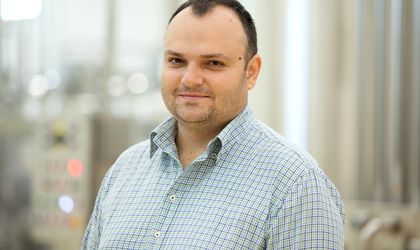 Agroserv Mariuta (BVB: MILK), a Romanian agricultural company and owner of the Laptaria cu Caimac brand, reports a turnover of 25.6 million lei in H1 2021, up 25% from the same period last year. The company listed on the AeRO market of the Bucharest Stock Exchange closed the first half of 2021 with a net profit of 0.6 million lei, a 53% increase compared to the first six months of last year.

“The first half of the year was good for the Romanian agriculture, and in terms of our activity, spring brought us enough rainfall to hope for a good harvest for the entire agricultural season. In addition, the capital obtained from the private placement helped us start the project dedicated to the construction of a new hall for glass packaging washing. We received the urbanism certificate for the new construction, and we are currently in the design phase. At the same time, we are happy that the investment financed by the November 2020 bond issue, the construction of a temperature-controlled production hall and warehouse is already 85% finalized. We expect that the deadline for completion of the works will be at least 30 days in advance. We thank the investors for their trust, and we are looking forward to continuing developing the company together,” stated Adrian Cocan, CEO of Laptaria cu Caimac.

In the first six months of 2021, Laptaria cu Caimac had a positive evolution, marked by an increase in sales volumes, the number of products in the store, and the number of independent stores. The sales of products made in the factory reached 26.7 million lei, increasing by 25% compared to 2020.

In the first half of 2021, Laptaria cu Caimac launched new products on the market, such as “Iaurtul Racoros”, and is currently developing new ones for the fall of this year. Also, during this period, Agroserv Mariuta started the works for a new warehouse and the butter and cheese production section financed from the November 2020 bond issue. The management estimates that the warehouse and the production section will be operational by the end of the year.

In the next period, the company will carry out the share capital increase operation approved by the shareholders within the General Meeting of Shareholders of August 18, 2021. Thus, Agroserv Mariuta will issue 8,655,100 new shares with a nominal value of 0.1 lei/share. These will be distributed to shareholders holding MILK shares on the registration date of October 5, 2021, as bonus shares, in a proportion of 5 new shares for each share held.

Agroserv Mariuta is listed on the AeRO market starting with May 21, 2021, and currently has a market capitalization of approximately 130 million lei.